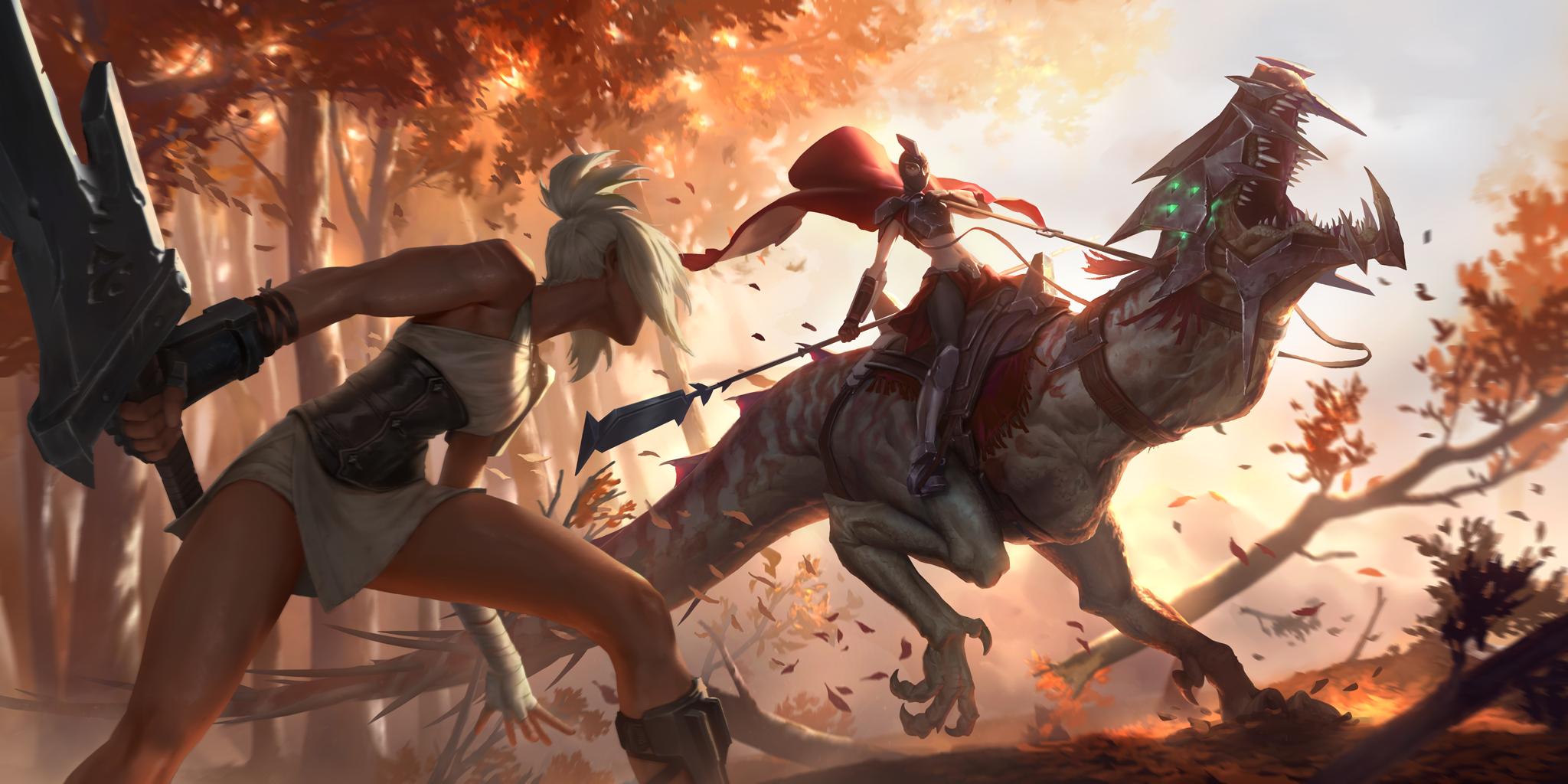 Legends of Runeterra: Cosmic Creation expansion is just a few days away from its official release. The reveal season continued today with an early leak from the official LoR Brazil Twitter.

While the post is now deleted, the cards shown off were four Noxus-based followers, hinting at the eventual reveal of Riven. The cards shown off early were Hunt the Weak, Brutal Huntress, Wrathful Rider, and Arrel, the Tracker. 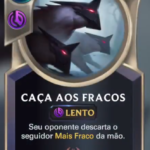 Hunt the Weak is a rare two-mana Slow spell that discards the weakest follower from the opponent’s hand. Brutal Huntress is a rare four-mana unit with 3/3 combat stats, the Challenger keyword, and an ability that gives her Quick Attack for the round that she’s summoned.

All of these cards give Noxus a new disruption-based identity, both in combat and outside of it with hand destruction. Hunt the Weak allows you to potentially cull problematic units from the opponent’s hand before they even get the chance to play them. If your opponent’s hand is filled with high-value followers, then you have a strong chance at going mana positive by removing the threat before it even hits the board.

Brutal Huntress has the power to remove weak units that were summoned before her due to the powerful combination of Quick Attack and Challenger. This set of keywords has proven to be powerful since its effect is comparable to Diana, even if it’s more expensive.

Wrathful Rider is an aggressively statted creature. While there’s nothing flashy about this card, if you’re up against a slow deck that hasn’t developed a weak unit and has a lapse in its removal, you have a good chance of dealing seven damage for only five mana.

Arrel, the Tracker is the most interesting card introduced in this bunch. While Noxus’ current identity isn’t known for targeting its own unit with spells, future card releases can change that. In addition to potential card releases in the future, Noxus can be paired with other regions to help fulfill this effect of Arrel. The most common region pairing with Noxus that’s been rising in popularity is Targon.

Due to Targon’s wealth of spells that target friendly units, it’d be easy to fulfill Arrel’s effect every turn, which allows you to remove weaker but high-value threats from your opponent.

Since these cards were accidentally showcased early, it can be expected that the official reveals will occur tomorrow, with Riven following the day after.

You’ll be able to try out these cards and more when LoR: Cosmic Creation becomes available on Dec. 16.