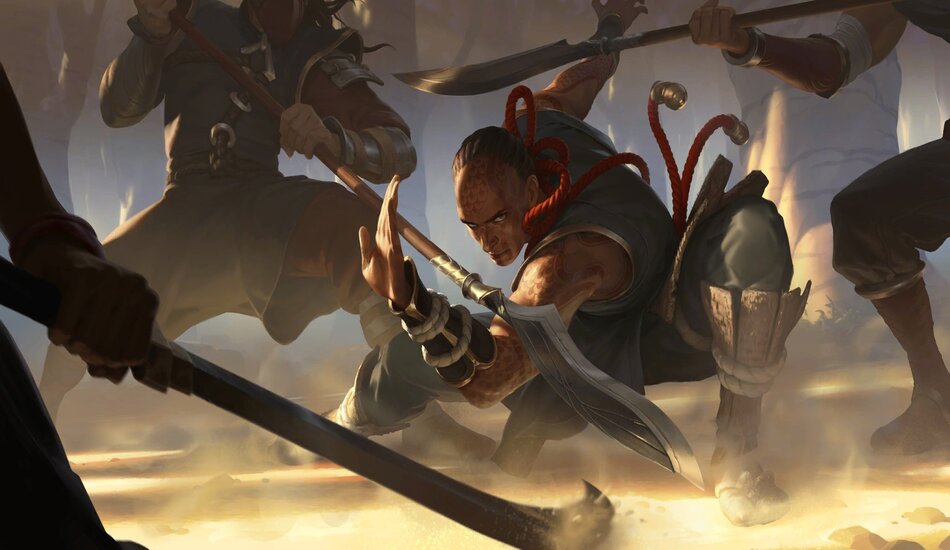 Riot Games’ video showcasing Ionia’s new champion, Lee Sin, may have revealed Legends of Runeterra cosmetics tied to the new set and launch at the end of April.

On April 30, LoR will officially launch via PC and mobile with a new set and a patch that will likely include several new cosmetic items. A quick screengrab from today’s video, thanks to the crew at the Twin Sunz Podcast, teases regional card backs that may get added with the launch of version 1.0 next week.

Three regional card backs were shown: Ionia, Freljord, and Noxus. There’s speculation as to whether these will be available through the LoR store or perhaps earned via rewards as a shoutout to free-to-play players.

During the LoR open beta, Riot released eight Guardians and a total of nine game boards. Players who participated in the open beta were rewarded with a free Summoner’s Rift game board and Poro Guardian. It’s likely that Riot will do something similar for new players via mobile or PC. With an increase to region rewards, it’s possible these card backs might be available for players to earn via XP.

There have been six champion reveals leading up to the April 30 launch. But a whole region containing five champions and around 55 to 65 cards has yet to get spoiled. The new set is expected to go live via PC on April 28, so it won’t be long before LoR players find out how to get these sweet card backs and other possible cosmetics.