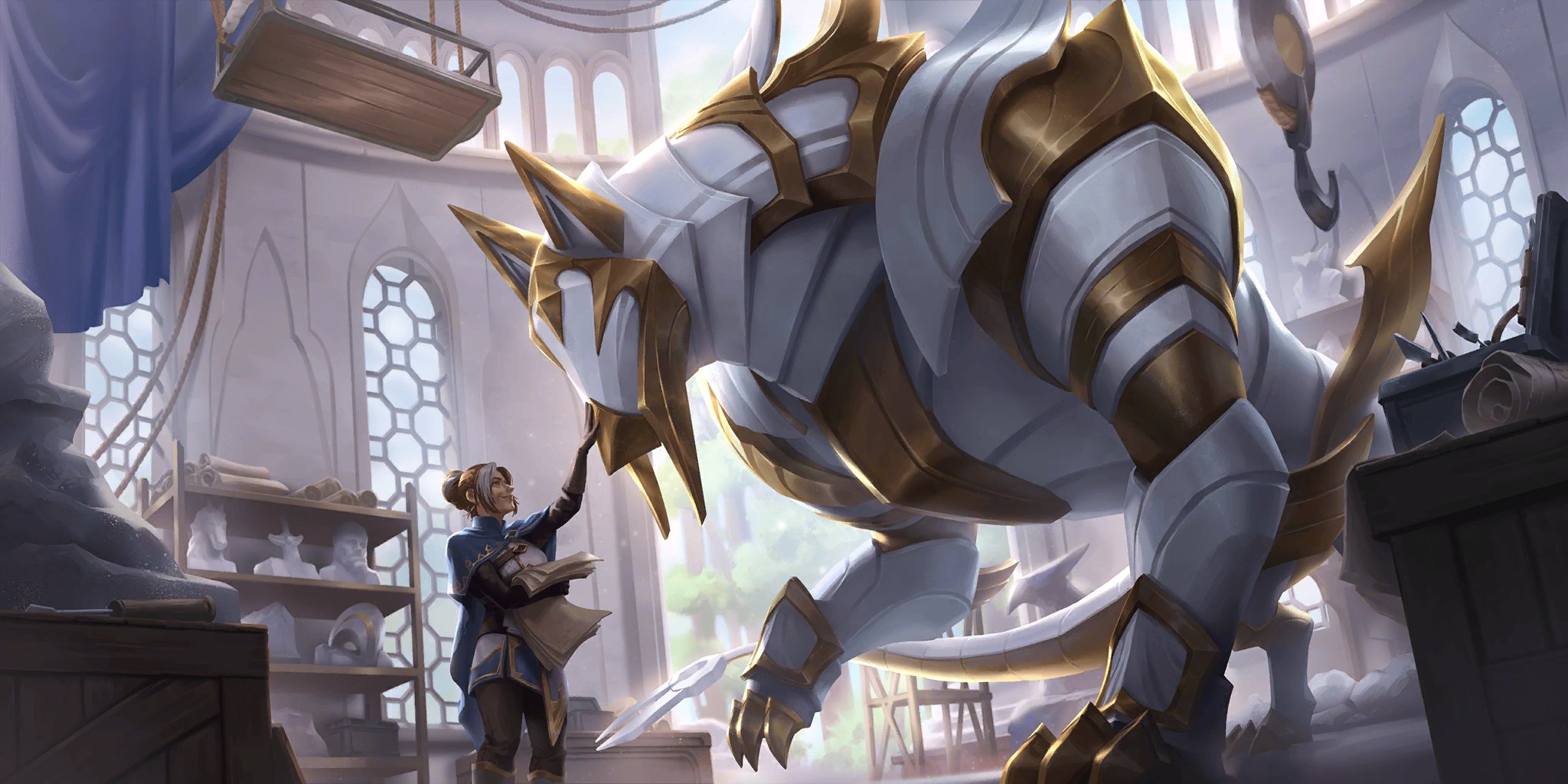 A total of six Legends of Runeterra cards within the Demacia region are joining the digital card game with the release of A Curious Journey, potentially confirming Galio as the next champion.

The next round of A Curious Journey spoilers showcased the Demacia region and a new keyword called Formidable. Units that have the new LoR keyword strike with their health instead of power upon attacking. No spells have been revealed with the Formidable keyword yet, but it’s possible that tomorrow’s A Curious Journey’s spoilers will contain spells. If that’s the case, cards like Boomcrew Rookie, Bubble Bear, Devoted Council, Golden Crushbot, Citybreaker, and Battering Ram will get a potential buff.

The units with the Formidable keyword that were revealed today by Riot include Petricite Hound, Petrecite Broadwing, and Durand Architect.

Durand Protege is a three-drop 3/2 that grants an ally +0/+1 and Tough, possibly supporting Galio with extra toughness stats. Similar to the Protege, Durand Sculptor grants +0/+1 when you summon another ally. And Durand Architect is a support unit that gives its supported attacking unit +0/+2 and Formidable during that round.

Petricite Stag is a 3/5 four-cost unit that takes all damage from its supported ally when attacking. Petricite Broadwing is an 0/3 two-drop that has Challenger and Formidable, while Petricite Hound is a one-cost 0/2 with Formidable.

Players will have to wait until tomorrow’s LoR spoilers to find out if Galio is joining the champion roster. The A Curious Journey expansion is scheduled to release on Feb. 16.

Update Feb. 9 1pm CT: Riot has clarified what the LoR keyword Formidable does. This article has been updated with that new information.