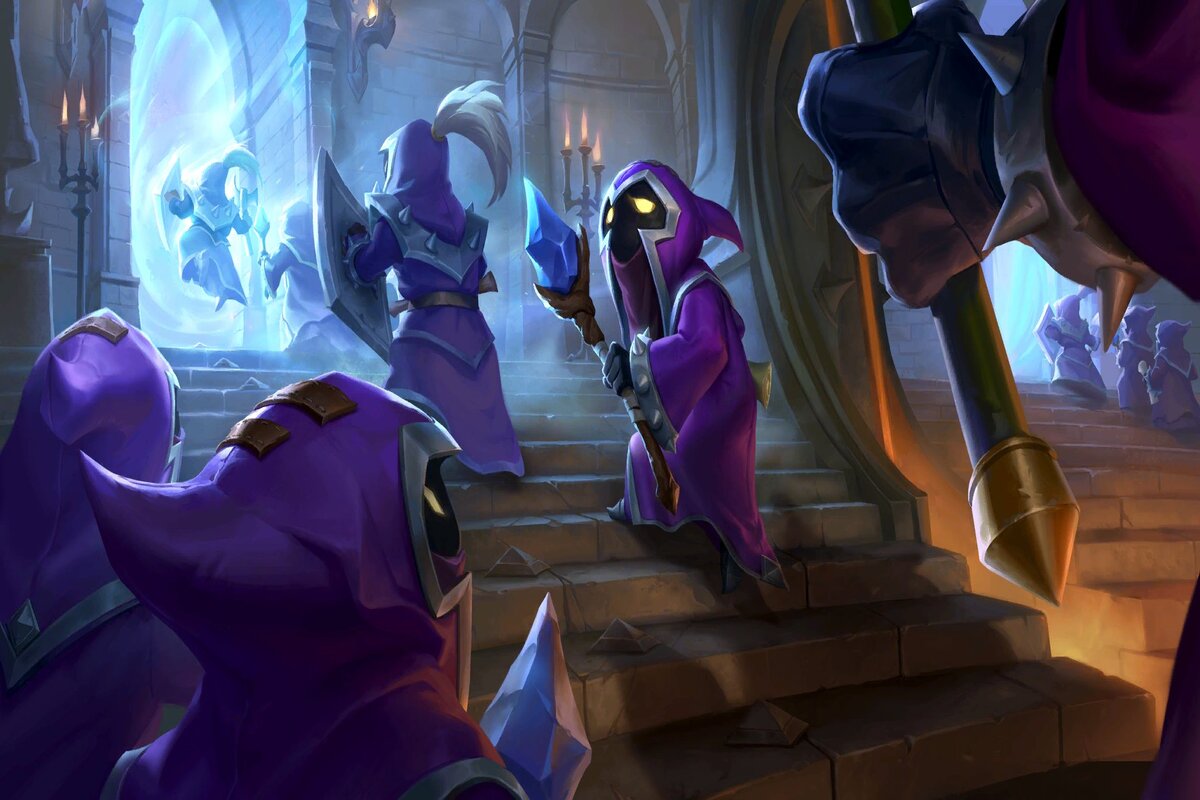 Scheduled to release on Dec. 8, LoR Magic Misadventures is the second expansion from Beyond the Bandlewood. The fifth set introduced Dual-Region cards and continues the expansion of those cards via two of the Magic Misadventure spoilers revealed today: Minion and Grumbleslug. Yordle Captain was also included in the LoR spoilers.

Minions have had a presence within LoR as an avatar and were technically made canon via artwork and level-up animation. But the League of Legends minion has never had an official card—until now.

The first LoR Minion card is a two-drop that refuses to go away via its Last Breath keyword ability. Upon getting taken out, Minion creates a copy of itself in its controller’s hand. Minion is solid sacrifice fodder and can stall for those bigger plays in your deck.

Yordle Captain is a four-drop 4/4 that can power up allies with equal or less power.

GrumbleSlug is a common two-drop with solid 2/3 stats. Upon being summoned, it refills one spell mana via the LoR keyword Attune.