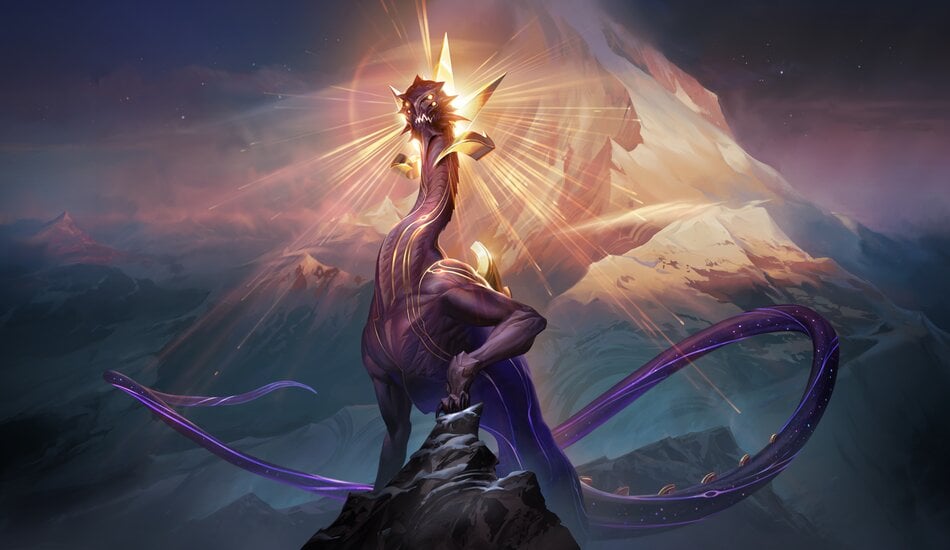 New dragon cards within the Targon and Demacia regions were the final Legends of Runeterra spoilers revealed today for the upcoming Monuments of Power expansion.

Releasing later this week on Oct. 14, the MoP spoilers ended today with the reveal of Shyvana. A total of three followers were also included in the Shyvana spoilers. Two of the LoR followers, Dragonguard Lookout and Kadegrin the Infernal, are Demacian region cards. The other follower, Eclipse Dragon, is Targon.

All three cards are powerful in their own right, highlighting abilities like Fury, Daybreak, Nightfall, and Rally. Dragonguard Lookout is a six-drop 3/5 that if summoned when its controller Beholds a dragon, it Rallys. While the Lookout’s stats are slightly week, being able to Rally with dragons opens a new door of strategic possibilities.

The final follower in the LoR spoilers today was Kadegrin the Infernal. This beast of a dragon is a nine-drop with 9/6 stats. It has Fury and grants all other dragon allies +2/+2 everywhere when it’s summoned. Kadegrin is on the expensive side but will have no problem finishing out a match the turn it’s played.