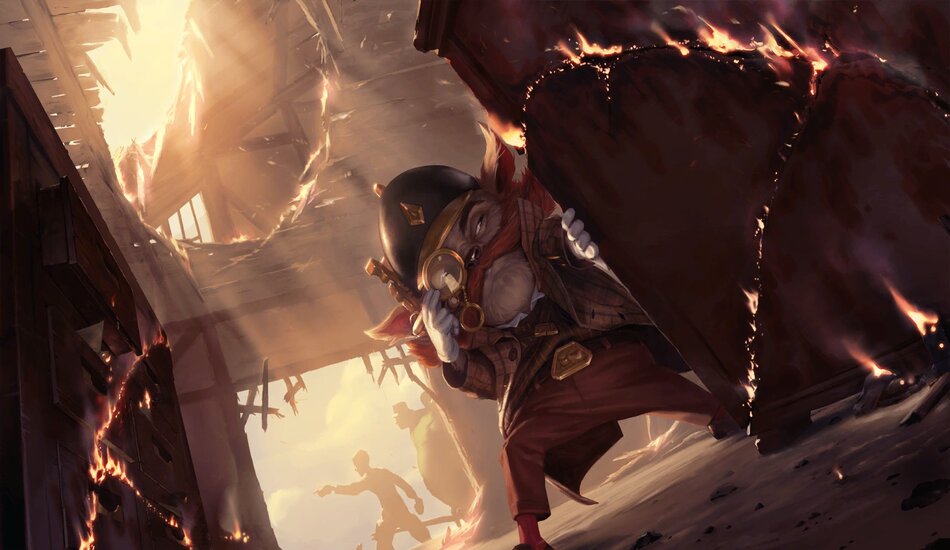 The developer continues to drop LoR spoilers leading up the digital card game’s official launch on April 30. Vi is the newest champion in the Piltover and Zaun region and has an interesting supporting cast via Veteran Investigator, Insightful Investigator, and Patrol Wardens.

Veteran Investigator, who’s likely Harknor, is a two-drop 3/2, who, when summoned, has all players draw one card. The wording on Piltover’s desk warden caught the attention of several players wondering why Riot chose to say “all” as opposed to “both” players draw one card. Future modes within LoR are already in the works, leading some to speculate on a possible two-vs-two mode or a multiplayer format similar to Commander in Magic: The Gathering.

Insightful Investigator is another unique card in the region, in that when a two-cost unit is played, she draws you a card that is Fleeting (must be played that turn). As a four-cost 3/3 in the right kind of build, Insightful Investigator can increase the tempo, which is significantly important when racing your opponent.

The final LoR follower spoiled today was Patrol Wardens. She’s a three-cost 4/3 who’s cost reduces by one when she is drawn. Dropping a 4/3 on turn two is significant in itself, but she’s also a powerful low-cost unit that can be played with other followers later in a match on the turn she is drawn.

There are two more LoR regions that have yet to be revealed: Ionia and a new region. An Ionian champion and followers will likely drop on April 22 while the new region may get revealed next Saturday, April 26.