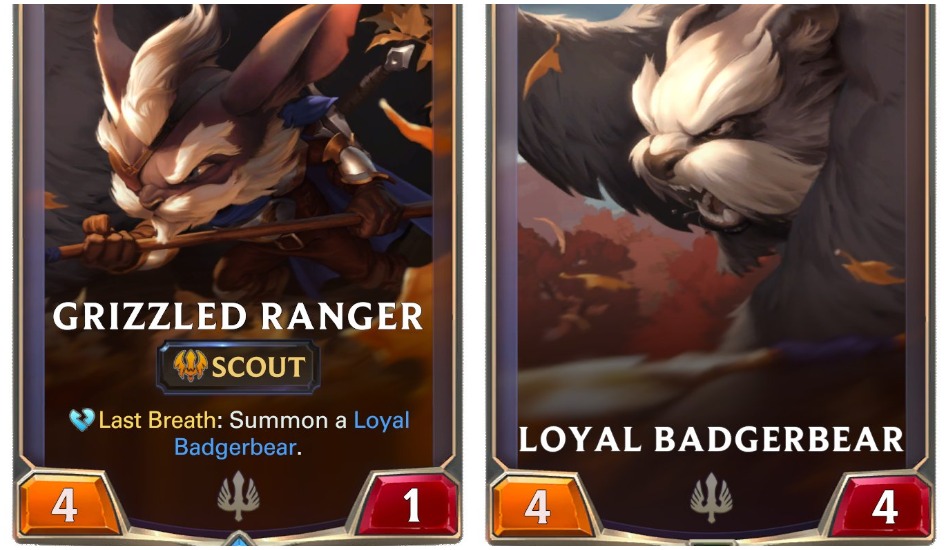 Riot Games revealed the keyword Scout today along with four units to support the champion Quinn in Legends of Runeterra.

Four LoR units were introduced today on Twitter, in addition to Quinn being added as the sixth champion in the Demacian region. Quinn and her units feature a new keyword called Scout. It allows players to Rally after attacking with only Scouts during their first attack. In conjunction with Quinn and Valor, Scout attacks will hit hard and strong while using Challenger to remove an opponent’s strongest threat.

Grizzled Ranger adds a whole new level of threat when going wide with Quinn and her Scouts. With a top-heavy power of four, he trades for high-level threats while summoning Loyal Bagerbear as a “Last Breath,” who can then attack when Ready Your Attack is applied.

Greathorn Companion also has Scout but may not be used as much due to its CMC cost of five, which is the same as Quinn’s. But Greenfang Warden likely will since he’s also an Elite with Barrier.

A total of over 120 cards are being added to LoR in the new set that launches via PC on April 28 and mobile on April 30.