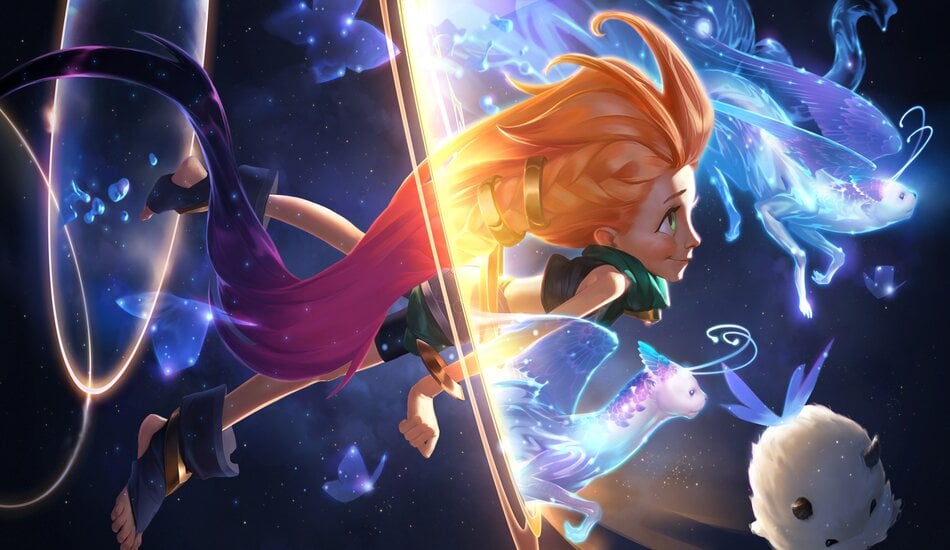 A total of 40 Legends of Runeterra cards contained within Cosmic Creation Patch 1.16 will complete the Call of the Mountain set.

Scheduled to launch on Dec. 16 at around 12pm CT, the Cosmic Creation expansion is set to balance out every LoR region with a near equal amount of cards and champions. The new expansion contains a total of three new champions—Riven, Viktor, and Zoe—along with 37 other cards that are Followers, Spells, and Landmarks. A new keyword, Augment, will also join the ranks within the Cosmic Creation expansion.

Patch 1.16 will contain two challenges focusing on new mechanics: Augmentation, Progress, and Reforging the Blade. There are also three new Daily Quests highlighting new keywords and champions. A ranked reset will occur with the launch of Cosmic Creation.

Here are the full notes and updates for LoR Patch 1.16.

Highlighting past labs that have been showcased throughout 2020, Patch 1.16 will contain a Multilab consisting of three previous labs: Quick Draw, Star Power, and Journey to the Peak. The addition of Multilab is a permanent feature, in which one of the labs is rotated out for a new one. But there are always multiple labs to choose from.

Prismatic card styles in LoR are upgrades to basic styled cards, similar to foil versions in Magic: The Gathering. Upgrading a card to Prismatic is a permanent feature for the time being. The LoR team has plans to create an on/off toggle feature in the future, too.

There are three ways to upgrade a card to Prismatic: Chests, Essence, and Coins. New Card Style chests will contain Prismatic chests and the chests will be offered via ranked rewards at the end of a season. Those who achieve higher ranks will improve their Prismatic chest quality. Essence is a new resource within LoR, specifically for upgrading cards to Prismatic. And for players who want immediate upgrades, Coins work too.

With a focus on Zaun and new champions being added to LoR, Patch 1.16 contains a number of personalizations for all types of players.

Highlighting the experimental nature of Zaun’s residents, the Undercity game board has a sharp and clean look to it.

Evil cats are taking over the world without a sidekick. Patch 1.16 will feature Nyandroid Von Yipp, an LoR supervillain who continues to evolve without boundaries.

Riven has finally been added to LoR and now has her own card back, too.

A new expansion means new bundles in the LoR store. Two bundles are available for purchase with the release of Patch 1.16: The Zaun Bundle and The Forged for Battle deck bundle.

Priced at 1,422 Coins, the Zaun Bundle contains the Undercity game board, a Nyandroid Von Yipp guardian, and a Calculated Creations icon.

The Forged for Battle bundle

Priced at 2,034 Coins, the deck bundle contains Riven and Taric as champions. Cards within the preconstructed deck focus on combat buffs and combos that trigger these powerful champions.

A total of four new archetypes are being added to the Expeditions pool within LoR Patch 1.16.