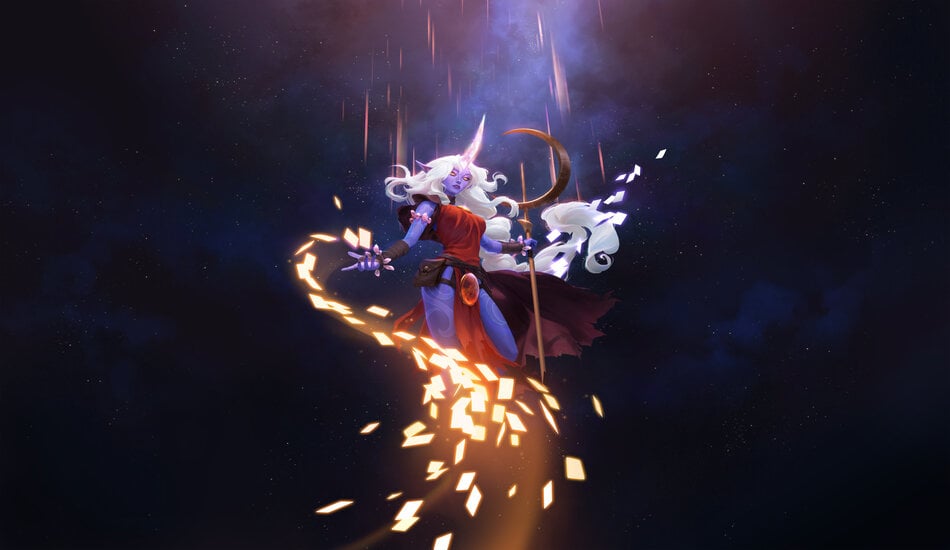 New balance changes, Labs, ranked rewards, personalizations, and Monuments of Power cards are dropping into Legends of Runeterra in Patch 1.12.

Scheduled to launch on Oct. 14, the new MoP expansion within the Call of the Mountain set will contain a total of 40 cards being added to LoR. The expansion showcases three new champions—Tahm Kench, Soraka, and Shyvana—as well as a new card type, Landmark.

In addition to the new cards, Patch 1.12 also contains several major nerfs and plenty of cosmetic bling to get excited about. There’s even a Landmark and ARAM Lab, along with ranked rewards and Region Road updates for a new season.

Seasonal tournaments will kick off shortly in LoR, leading to another round of balance changes in Patch 1.12. And for players upset over Lee Sin dominating the meta, adjustments for him are scheduled to take place in Patch 1.13. Tweaks taking place in 1.12 include nerfs to Bastion and Hush, along with Living Legends and Genevieve Elmheart.

Reducing gameplay outside of Scout decks, Genevieve Elmheart’s Health was reduced from five to four.

The adjustments to Hush have finally arrived with a reduction in cost and the removal of creating a Fleeting Hush in hand that costs one more.

Adjustments made to Bastion in Patch 1.11 were “too efficient,” according to the LoR balance team. The spell’s cost has increased from three to four.

Living Legends previously refilled regular and spell mana without a Behold requirement. In a balance change meant to reduce its overall power, the text on Living Legends now reads “refill mana gems to full,” as opposed to “refill your mana.”

Two Labs will take place over the course of the next two weeks in LoR. The first is a Landmark Lab, featuring six decks with the new Landmark cards from MoP. The following week will feature ARAM with a few changes. Instead of building a deck, players will choose from a mulligan full of champion cards for their opening hand. Full details regarding both Labs can be found here.

With the launch of MoP, several new personalizations are being added to the LoR store.

There are a total of three new bundles: The Harrowing, Emotes of Power, and the Dragonborn Bundle

The Harrowing bundle includes the Haunted Grounds board and the Boo! card back for a total of 1,332 coins.

The Emotes of Power bundle features four MoP emotes at a 25-percent discount of 570 coins.

The Dragonborn bundle contains a preconstructed Draconic Fury deck along with several cosmetics. The themes within the deck are dragons and Fury with a Midrange playstyle.

Four new archetypes are being added to the Expeditions pool with the launch of MoP. The new archetypes will also temporarily be three times as likely to appear in the initial champion picks.

The Launch of MoP brings about a new season in LoR. From 11am CT to 1pm CT on Oct. 14, ranked play will be disabled in preparation for the new season. All ranked players will receive a reward icon for last season with the 1.12 update.

The Targon, Bilgewater, and Demacia regions have been extended for players.

A new MoP Challenge has been added for new and existing players, along with quests. There’s also a new MoP AI deck featuring dragons. Lulu and her Level Two art have been updated and the Deckbuilder supports Landmark cards. Gauntlets were also updated to track seven wins on a first attempt. And on Oct. 15, the LoR team is adding support for new login methods via Google for Android, Apple for iOS, or Facebook.