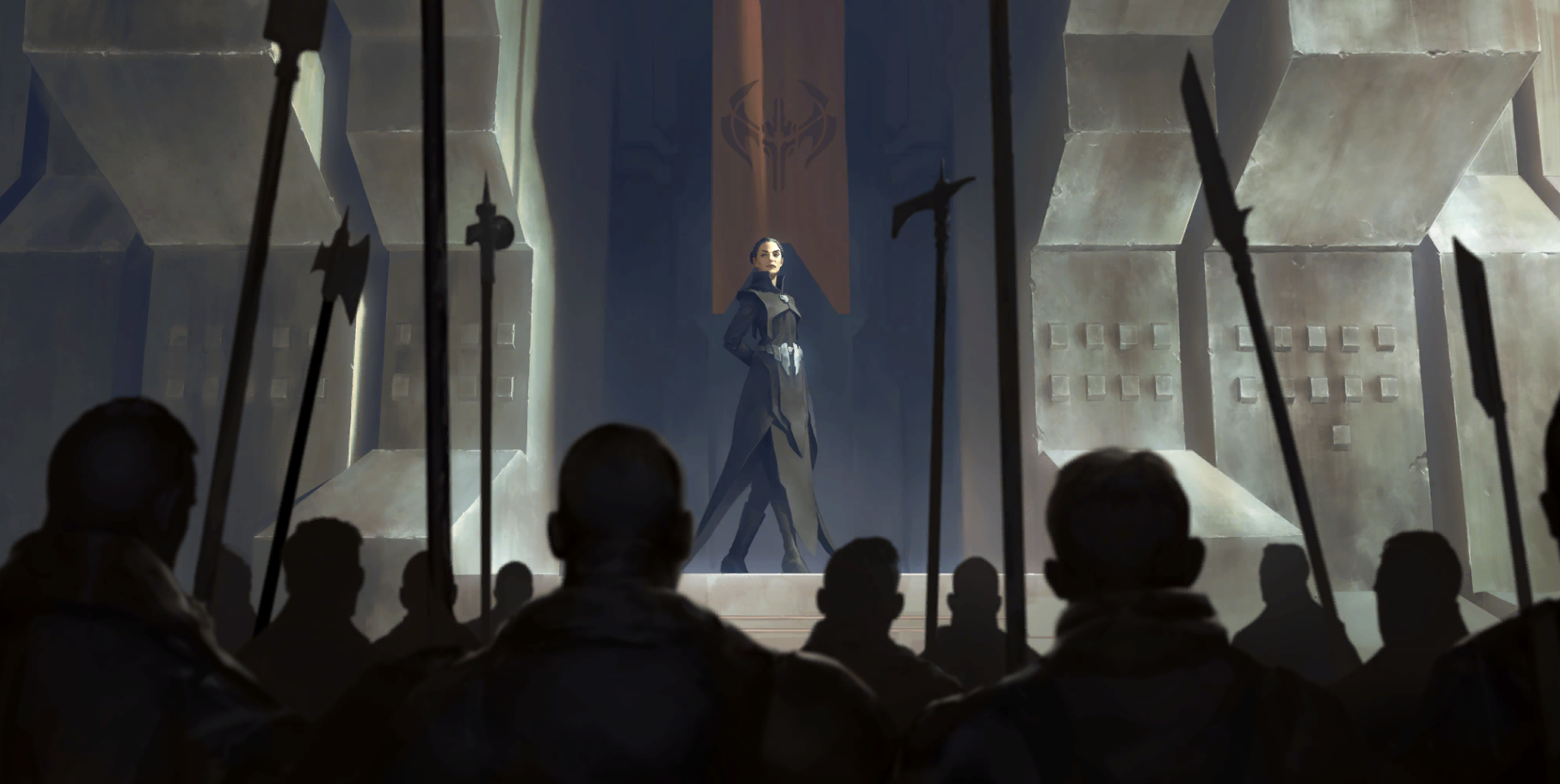 Legends of Runeterra is launching its first third of the Call of the Mountain expansion tomorrow. While there will be 89 cards coming with the update, a couple of cards will be nerfed with the start of the new season. When Patch 1.8 goes live, both Fury of the North and Trifarian Assessor are getting nerfed.

Fury of the North is getting nerfed to grant a unit three power instead of four power. Trifarian Assessor is having her mana cost increased by one to cost five in total now. Both of these cards have been vital in Midrange Freljord-based decks, especially in the popular Ashe/Sejuani plus Noxus deck.

Fury of the North was a powerful combat trick that allowed units to easily run over any opposing units and survive due to the massive health buff it provided. While the higher chance for survival is still there, the slight nerf to power means that there will be less opportunities to either push for lethal or have your units destroy enemies in combat.

Trifarian Assessor was a potent refuel card that could draw multiple cards due to the amount of five-power units that were found in both Freljord and Noxus. This one mana nerf will make refueling cards in the mid to late game more expensive and allow for fewer plays during the same turn she’s played.

The changes to both Fury of the North and Trifarian Assessor are coming to LoR Patch 1.8, which drops tomorrow, Aug. 26.