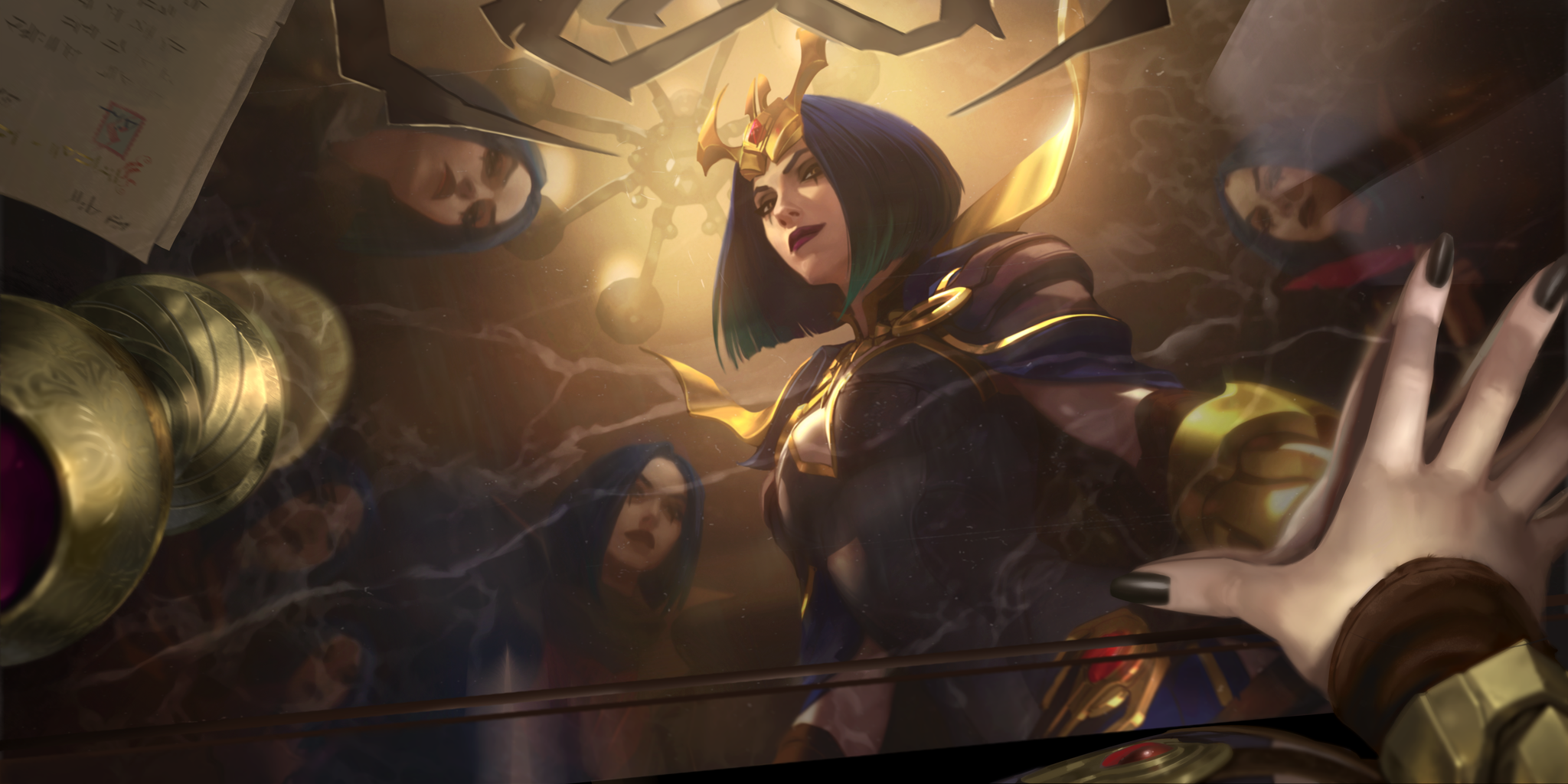 The final non-Shuriman champion has been revealed for Legends of Runeterra’s next expansion Empires of the Ascended. Today on Twitter, Riot Games unveiled LeBlanc, who will be building on the recently revealed Reputation mechanic.

The newest mechanic activates for you if you had units strike for five or more damage at four different times within the game. This damage can occur to either the enemy Nexus or units. 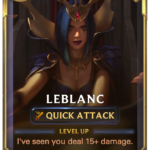 LeBlanc is a three-mana champion unit with 5/2 combat stats and Quick Attack. The Deceiver levels up after you deal 15 damage.

Since LeBlanc has five power and heavy ties to the Reputation mechanic, she can easily pair up with Shurima and Sivir as both want to deal heavy damage to the opponent. Both require high damage dealt, either by units or effects, throughout the game to reach their level-two forms.

Related: Riot adds Sivir to Legends of Runeterra alongside new Reputation keyword in Empires of the Ascended expansion

While Sivir requires 20 more damage dealt to evolve, it may be more difficult to level up LeBlanc in some matches, especially where you don’t draw her earlier in the game. This is because LeBlanc needs to be on the board to see the 15 damage dealt, whereas Sivir can show up after you’ve completed the credits. In addition to this, LeBlanc is incredibly frail at two health, which opens her up to removal like Avalanche or Mystic Shot.

Aside from the inherent synergy with Sivir and Shurima, LeBlanc can find a spot in the popular Ashe and Noxus deck lists. Since LeBlanc has five power, she can help trigger effects like Trifarian Assessor or Reckoning and be searched by Babbling Bjerg. In addition to this, Mirror Image can be used to duplicate powerful units like Avarosan Hearthguard and Trifarian Assessor.

Freljord can provide protection in combat and help boost LeBlanc’s health with cards like Troll Chant. This is especially vital since LeBlanc needs to be on the board and survive the entire time to reach her second level.

LeBlanc will join the Noxus champion roster when LoR: Empires of the Ascended releases March 3.