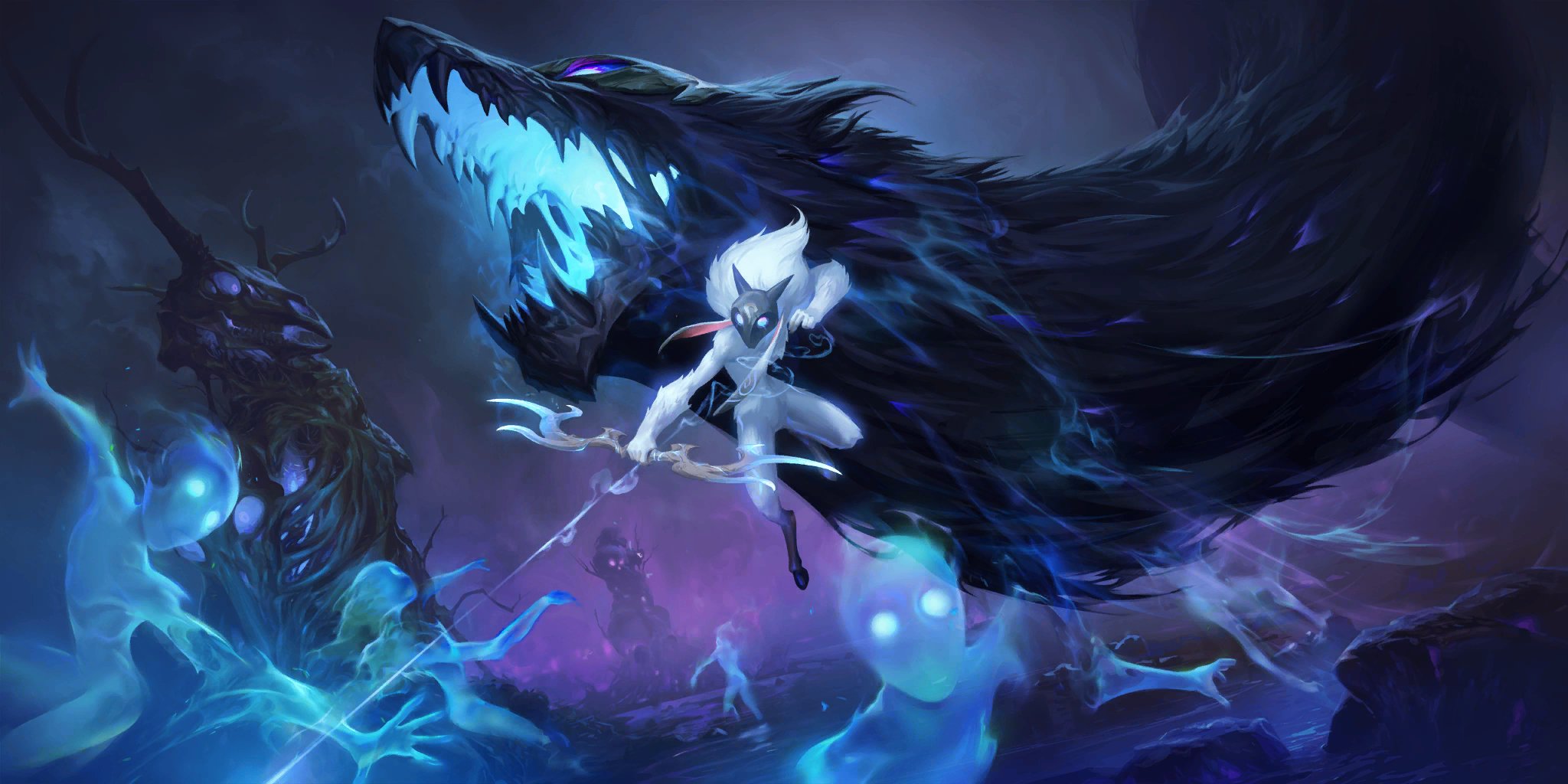 Legends of Runeterra: Empires of the Ascended’s teaser season has introduced the next champion coming in the newest expansion. 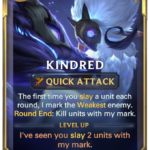 Kindred is a five-mana champion unit with 4/4 combat stats, the Quick Attack keyword, and a unique ability that marks the weakest enemy the first time they see a slain unit each round. When the round ends while Kindred is on board, any unit that’s marked is destroyed. Kindred reaches level two when they see two marked units get slain.

When Kindred reaches their second level, they gains +1/+1 combat stats, retain their Quick Attack keyword alongside their Slay and Mark mechanic. In addition to the kept effects, the first time each round a unit is slain, Kindred will be granted a permanent +2/+2 buff, allowing them to scale infinitely.

Since Kindred is in the Shadow Isles, there are a wealth of effects that they can access to guarantee destruction, like Glimpse Beyond and Chronicler of Ruin. In addition, the Shadow Isles has access to potent damage abilities like Vile Feast and Grasp of the Undying, which can satisfy slaying units through damage-based destruction.

Constantly marking foes each round will make it difficult for your opponent to develop a board since Kindred will destroy any threats as long as you can slay units, whether it’s allies or enemies. If your opponent’s board isn’t wide enough and only has a few tall units, then Kindred’s effect will be more devastating.

While Kindred can automatically destroy units at the end of each turn with their Round End effect, if your opponent is trying to get rid of their own marked unit with Recall or self-destruction, you can still slay units with other abilities that will kill that unit and get level up credit. This is due to the fact that Kindred’s level up requires any effect to slay a marked unit as opposed to their unique ability specifically.

Once Kindred levels up, it’ll be difficult for your opponent to destroy them through damage since their stats will increase each round.

Kindred has immense synergy with Nasus since both are trying to slay units to reach their leveled states. While a deck featuring both champions will be unable to have Nasus reach his third ascended level, the first two levels should be enough to dominate any board.

Kindred will join the champion roster when LoR: Empires of the Ascended drops on March 3.