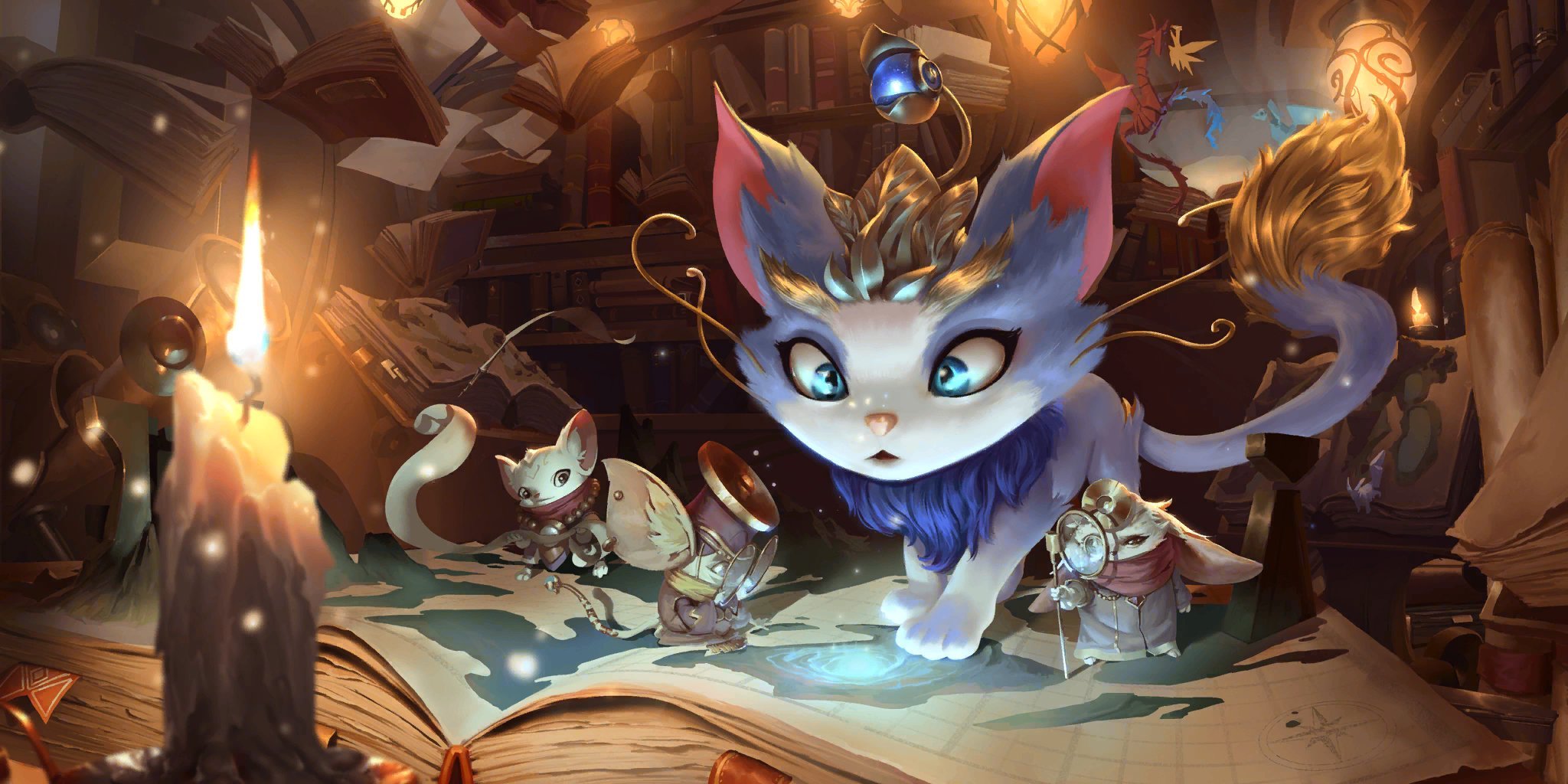 Yuumi and a swarm of Fae are joining the Legends of Runeterra roster via A Curious Journey with a new keyword called Attach.

Scheduled to release on Feb. 16, A Curious Journey contains the champion Yuumi and the Attach keyword on her card, along with a number of followers that have the Attach keyword as well. Attach allows players to essentially equip one card to another, or in LoR terms, “Play me on an ally.” Stats and keywords on the unit with Attach transfer over to the ally unit it’s attached to. And when that ally leaves the battlefield, the unit with Attach gets recalled back to hand.

The Attach keyword is similar to Equipment in Magic: The Gathering. You pay a cost to play a unit with Attach that gets put on an allied unit already on the battlefield. That ally unit then gains stats and keywords from the unit with Attach. The two units are separate entities that are merged together. When they get separated via removal or Recall effects, you have to pay to equip a different unit. 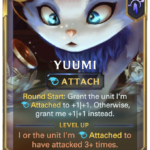 Riot Games senior game designer Alexz Lee addressed many of these interactions on Twitter shortly after Yuumi and the Attach keyword were revealed. Here are six takeaways from Lee’s Twitter thread that answer many of the questions surrounding the keyword Attach.

Each of these interactions comes back to the Attach unit being a separate entity from the unit it is attached to. Using Hush or Purify, for example, only targets the primary unit and not the unit with Attach, allowing its stats and keywords to remain active. The only exception to this rule is Obliterate, which eliminates both the primary and attached unit.

At round start, Yuumi grants the unit she’s attached to +1/+1 prior to leveling up and Spellshield, in addition to +1/+1 upon level two. These are round start effects that won’t trigger Fated. The only time Fated is triggered is when Yuumi, or a unit with Attach, is attached (equipped) initially.

Players can test out the Attach interactions and Yuumi when the new LoR expansion, A Curious Journey, is officially released on Feb. 16.