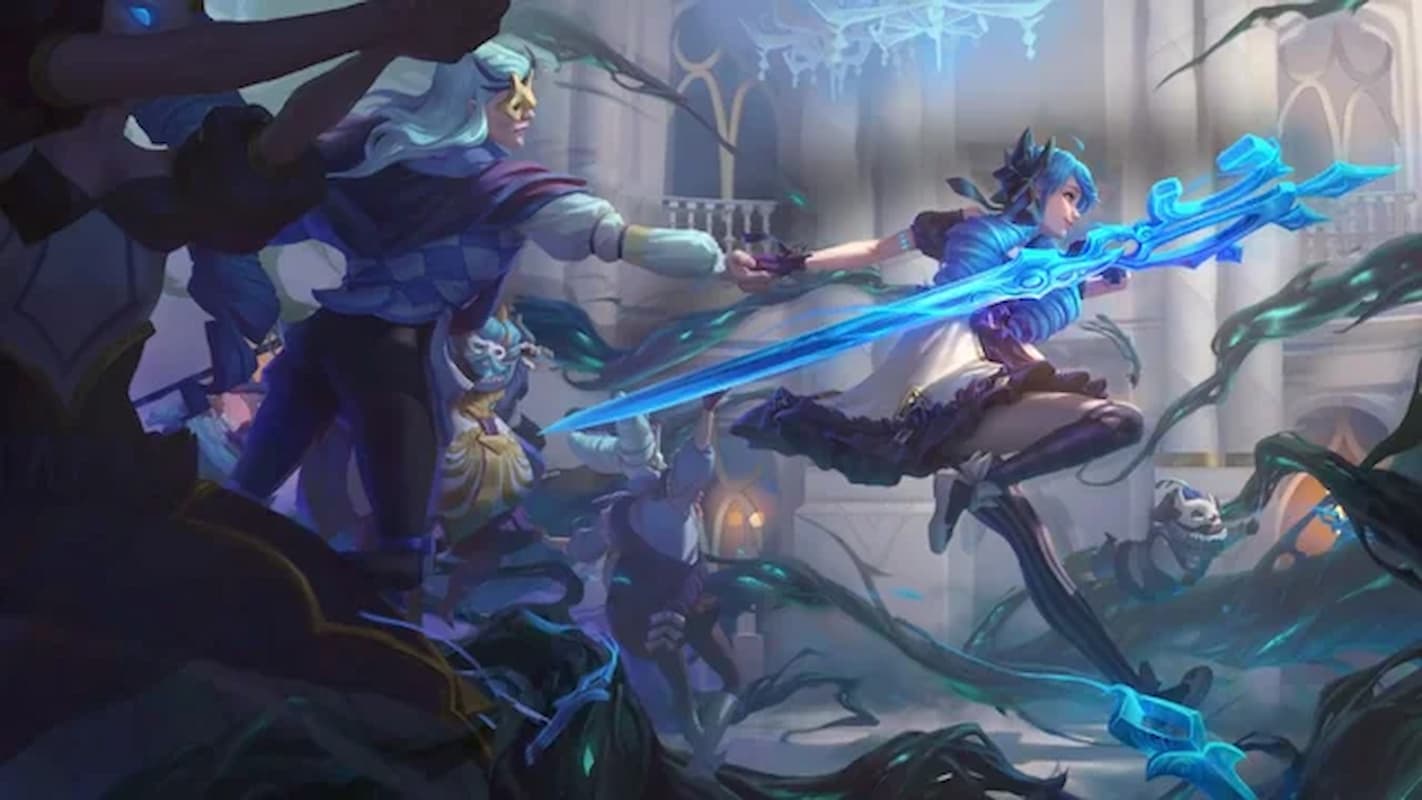 Gwen joins the Legends of Runeterra champion roster with the keyword Hallowed in the Forces from Beyond expansion, stacking power on attacking units while snipping away at an opponent’s life total.

Scheduled to release on July 20, Gwen is a Shadow Isles LoR champion in the Forces from Beyond expansion. She introduces a new keyword to the digital card game called Hallowed while having an ability that drains life from the enemies Nexus upon attacking.

The Hallowed attack stats stack can only get used on the first attacker (the far left attacker from left to right). Hallowed stats also get applied to Gwen as her ability allows her to gain that stacked attack power in addition to draining the enemy Nexus upon attacking.

Gwen is a four-drop Shadow Isles champion with 3/4 base stats. Her keywords are Quick Attack and Hallowed. Gwen’s level one ability states: “When another ally gains power from Hallowed, so do I. Drain two from the enemy Nexus.” And Gwen levels up upon having dealt 10 or more damage that game.

Players can test out the Legends of Runeterra Gwen champion card with the release of Forces from Beyond on July 20.