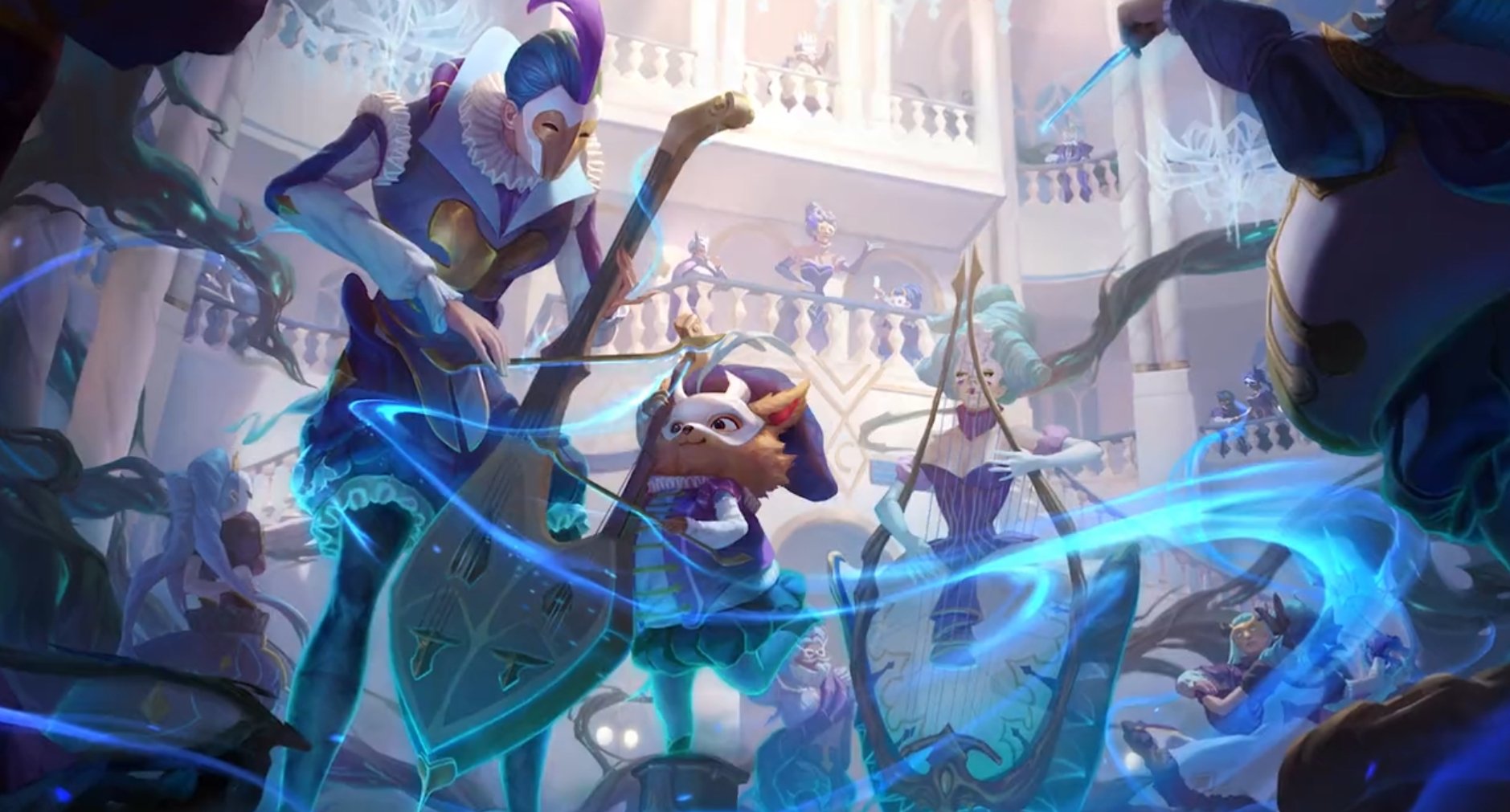 Riot Games dropped the official name for its upcoming Legends of Runeterra expansion, Forces From Beyond, today along with images of Gwen and Evelynn.

Scheduled to release on July 20, Riot will release its third Legends of Runeterra expansion this year called Forces from Beyond. A dev snapshot in June revealed that one of the champions for the new expansion was Kai’Sa. And an announcement today on Twitter from Riot showcases Gwen and Evelynn joining the LoR champion roster, along with new images of potential spells or support cards.

Having recently taken on esports design responsibilities within Legends of Runeterra, Steve Rubin also worked on the final design of both Gwen and Evelynn. Typically there are four champions per expansion, leaving one unnamed at time of writing. Players will find out soon enough, though, since spoilers for Forces from Beyond will likely start tomorrow or later this week.

In addition to the LoR Forces from Beyond spoiler season kicking off today, players can expect to see Star Guardian skins over the course of a 10-week-long event. Similar to League of Legends, skins have become a hot commodity within Legends of Runeterra, showcasing several variations that have dropped since the digital card game was released.

The Worldwalker expansion changed up the regional rules while introducing Jhin, Annie, Illaoi, and Bard—of which all four LoR champions have had an impact on the meta. And with regular balance patches taking place once again, many players are excited to see what the devs have worked up with Kai’Sa, Gwen, and Evelynn.