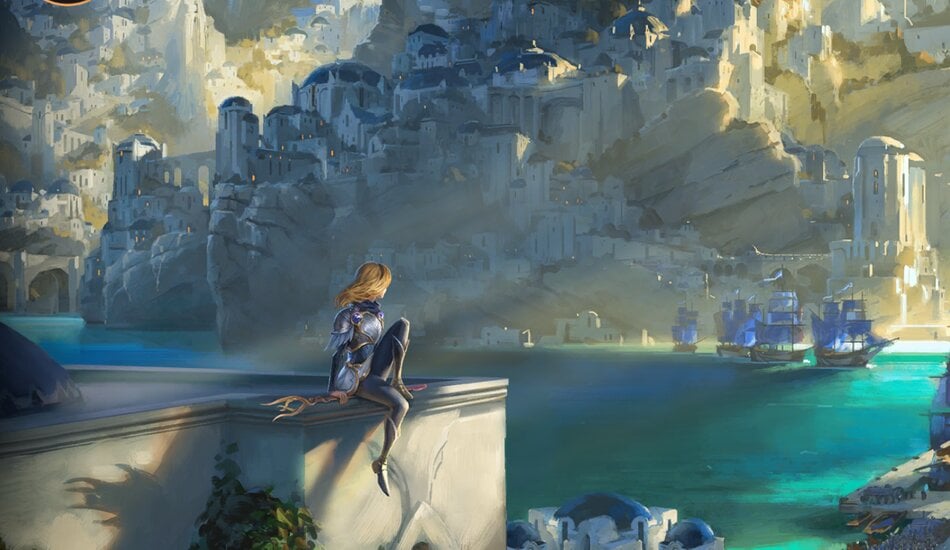 New players in Legends of Runeterra will want to use region rewards to craft decks and earn champions in Riot Games’ digital card game.

Riot’s new free-to-play CCG, LoR, officially launched via PC and mobile on April 30. Each new player receives starter decks upon completion of the tutorial and can earn extra XP on the first 12 levels within the original six regions.

Players can also choose to buy wildcards, expedition rounds, and a starter bundle to gain a slight advantage, or craft a deck of choice. But FTP players can easily catch up via consistent gameplay, unlocking rewards in the weekly vault, and via XP applied towards region rewards.

How do you level up an LoR region?

There are a total of seven regions, with the inclusion of Bilgewater in the Rising Tides expansion. New players seeking to earn wild cards and maximize rewards should focus on levels one to 12 in the original six regions (not including Bilgewater) first. There’s no penalty for switching regions.

With the launch of LoR, players will earn an extra 50 percent XP that is applied towards levels one to 12 in the original regions.

What’s in a chest and capsule?

Chests are a major reward component within LoR. Players earn chests via leveling up in a region and from the weekly vault. There are capsules within chests that can also be earned separately via a level reward.

Capsules contain cards from a specific region and wildcards.

What are Weekly Vault rewards?

The Weekly Vault in LoR is an added bonus for every type of player, offering wildcards, random cards, Expedition token, and champions. Rewards are based on XP earned over the course of a week, from Monday to Sunday, broken down into 14-plus levels.

Upon hitting level 13, players can earn additional, unlimited capsules for 4,500 XP each levels 14 and above. Each capsule contains a minimum of three Rares and two Commons (all with a random change to upgrade as normal, including the capsule itself).

How does LoR XP progression work?

Riot has reduced the FTP grind for players seeking XP and rewards by increasing the amount of XP earned with the first three wins and overall losses. For players who plan on grinding for extended periods of gameplay, XP will decrease once 11 plus wins are achieved.

Update May 7 12pm CT: The Weekly Vault, Expedition rewards, and XP rewards were updated after the official launch of LoR on April 30.