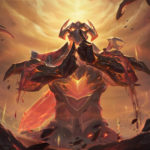 Riot Games added Infernal skins and level-up animations to Legends of Runeterra via Patch 3.4, along with a new Infernal board and bundles within the store.

Infernal skins represent Runeterra as a land consumed by fire and ashes. Launching March 30, the LoR 3.4 patch contains Infernal skins for Shen, Kennen, Pantheon, Galio, and Swain. The update also included a Magma Chamber Infernal board, three Infernal Guardians, an Infernal level-up animation for Shen, a new Infernal Mark of the Storm effect via Kennen, an Infernal card back, and several new bundles.

A total of five LoR champions received an Infernal skin via Patch 3.4. Shen also got a new Infernal level-up animation and an Infernal Mark of the Storm effect was applied to Kennen. 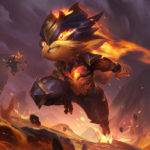 Mark of the Storm Infernal effect 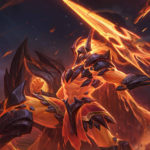 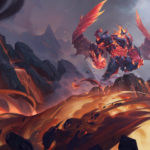 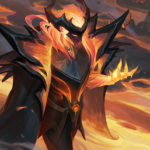 A Ritual of Flames LoR Infernal card back was added to the store via the 3.4 patch.

The Infernal Remanants bundle includes a Magma Chamber board, a Ritual of Flames card back, an Infernal Gloomtooth Guardian, and an Infernal Silverwing Guardian. Prices are prorated for any items you may already own.

The Fiery Kin bundle includes all five LoR champion Infernal skins and a champion card for each of the five champions. Prices are prorated for any items you may already own.

The Unbreakable Sheilds deck contains LoR champions Shen and Galio, along with Infernal champion skins for both. Prices are prorated for any items you may already own.