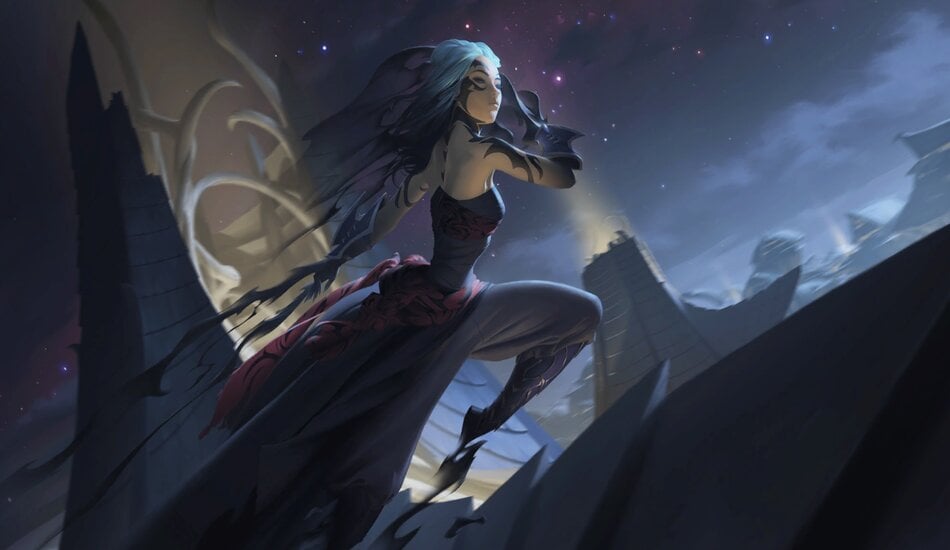 Topping the Legends of Runeterra meta, prior to the weekly reset tomorrow, the Ionia region and its elusive support cards have taken over the early meta.

Mostly everyone thought aggro was the best way to climb the LoR ladder upon its launch last Friday. And for Swimstim’s Dawnspiders, it was. For about a day. But as players head into the weekly reset tomorrow and restock up on their wildcards, there are several new top-tier LoR decks everyone will likely be crafting next.

There’s a handful of elusive builds being played in the higher tiers of the ladder. Swimstrim highlighted several of these decks during his stream today and shared some of the decklists via his LoR early meta breakdown video.

One of the most popular decks being played on the ladder this past weekend combined Ionia and Frejlord, created by Petrify, and aptly named Petrify Ninjas. Champions Zed and Braum are at the helm of this build but it’s the synergy between cards that takes this build to the next level. Omen Hawk, Inspiring Mentor, and Navori Conspirator are ideal early draws—pumping up your deck with +1/+1 counters while dropping a potential 4/3 elusive on turn two.

Drawing cards is essential for tempo before opponents go too wide with aggro, or stomp with overwhelm. Shadow Assasin and Avarosan Sentry keep the cards flowing while Zed provides early aggro and Braum uses the mechanic, Challenger, on potential threats. And don’t underestimate a pumped up Kinkou Lifeblade, replenishing health after avoiding unnecessary blocks while on defense.

Other variations of this deck have also included cards like Scarmaiden Reaver in place of Babbling Bjerg and The Empyrean in place of Avarosan Hearthguard. And if you’re short on wildcards and shards for spells, Ghost is always a solid option.