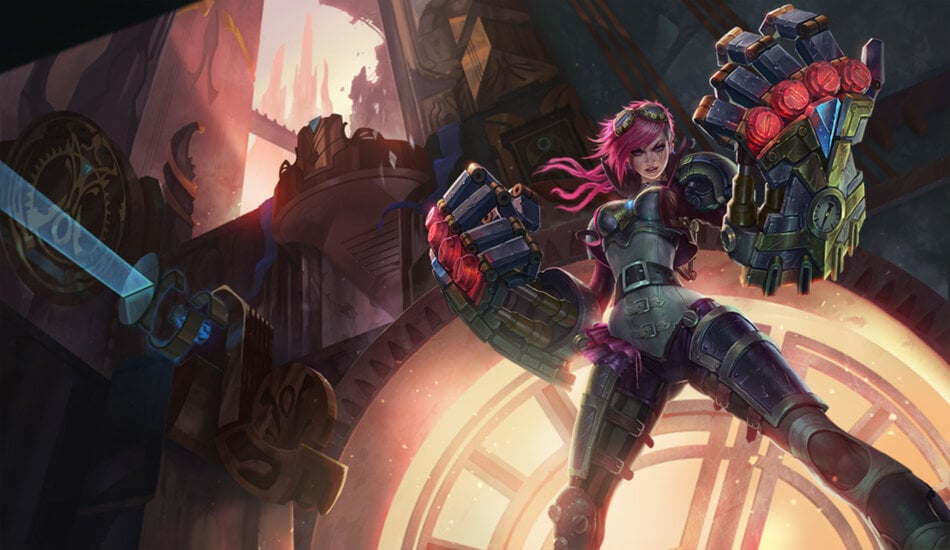 Eight of the best Legends of Runeterra players in North America competed within the Principles of Strength community invitational today, each bringing a unique and diverse deck from the new Rising Tides meta.

It’s been just over a week since LoR officially launched via PC and mobile, with the meta still being developed competitively and on the ranked ladder. Top NA streamers like Swim and BBG competed in the community tournament today, along with players like Team Liquid’s Hyped and Prismaticismism.

Players only brought one deck to the invitational and were allowed to use a 15 card closed-sideboard in between games. And players like Navioot and Prsmaticismism took full advantage of it by splashing P&Z with 99 percent Demacian builds via Vi. The Round Robin and semifinal rounds were best-of-three while the final was best-of-five.

Unlike the EU rounds played earlier today, Demacia was the dominant region against builds like Viemerdinger and Karma/Lux. But Elusives proved to be consistent, going 0-2 in both the NA and EU invitationals today.

The most exciting build to watch was constructed by Gummi, originally crafted by @SilverfusePlays. Kleptomaniac defies the “norm,” stealing your opponent’s cards via Plunder while leveling up Twisted Fate with the extra card draws. Gummi advanced to the semifinals with Kleptomaniac, along BBG, Navioot, Prismaticismism.

Demacia swept BBG 2-0, which is somewhat ironic since he created the first Mono-Demacia deck in the LoR open beta, and Kleptomaniac also fell to Demacia as Prismaticismism and Navioot moved onto the final match for a Demacia/splash Vi mirror. Navioot had the more aggressive build, utilizing Lucian and Rally while Prismaticismism relied upon Fiora and Vi in conjunction with the Rising Tides spell Unyielding Spirit.

Both players played solid games, showcasing the strengths of each of their decks. On the fourth game of the match, Prismaticismism edged out a third victory over Navioot, claiming the NA title for the LoR Principles of Strength community invitational.