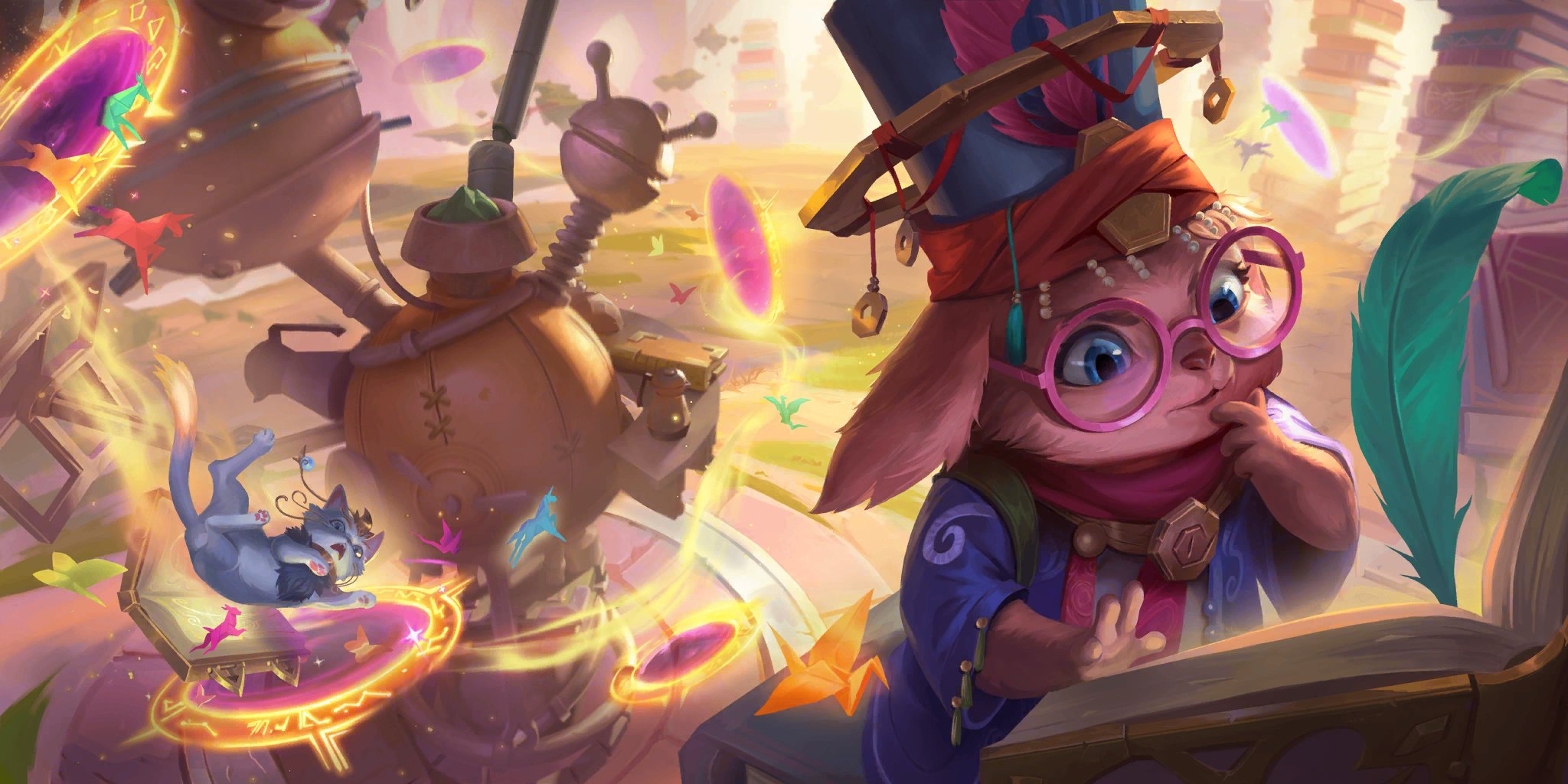 Riot Games has given Legends of Runeterra its first exclusive champion, Norra, a Bandle City Yordle who summons random followers.

Norra will join the Legends of Runeterra champion roster with the release of the Awakening expansion on Aug. 31. The Bandle City Yordle is the first exclusive champion within the digital card game and has finally returned home to partner with Yuumi after mysteriously disappearing through one of their portals. Revealed today during the Awakening spoilers, Norra is a two-cost with Elusive that summons random followers through her Mysterious Portal Boon.

Pairing Norra with Yuumi is cute and heartfelt, but the new LoR champion will need protection to plant enough Mysterious Portals and level up. Similar to Teemo and Puffcaps, Norra will be targeted by removal right away. 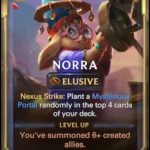 Level one Norra is a two-cost Bandle City champion with Elusive. Her stats are 1/2, slightly better than Teemo’s, and she plants a Mysterious Portal randomly in the top four cards of your deck upon Nexus strike. A Mysterious Portal summons a random two or three-cost follower.

If the player’s board is full, the follower has its mana cost reduced to zero and becomes a Fleeting LoR card. Norra’s champion spell is Portalpalooza, planting two Mysterious Portals in the top four cards of your deck, and then drawing one card. The mana cost is slightly high, but the spell can pay for itself if there are enough Boons in your deck to trigger a Mysterious Portal upon drawing that one card.

Leveling up Norra requires a total of six or more random followers. A follower summoned by the Mysterious Portal won’t have “Play effects, Plunder, Day, or Nightfall,” according to game designer Jon Moorman.

Level two Norra has her stats increase to 2/3. And her ability gets a huge upgrade, summoning a four, five, six, or seven-cost follower through Mysterious Portal Boons. The only catch, however, is that Norra has to be in play when the Boon is triggered for this effect to take place. Otherwise, the summoned follower is either a two or three-cost.

A possible champion pairing with Norra is obviously Yuumi. She can also potentially work well with Evelyn, ramping Norra toward a faster level up with all the summoned Husks. And the Yordle special, Lulu Chomper, has potential with Norra as well.

Players can test out Norra and all her possible LoR regional pairings when Awakening is released on Aug. 31.