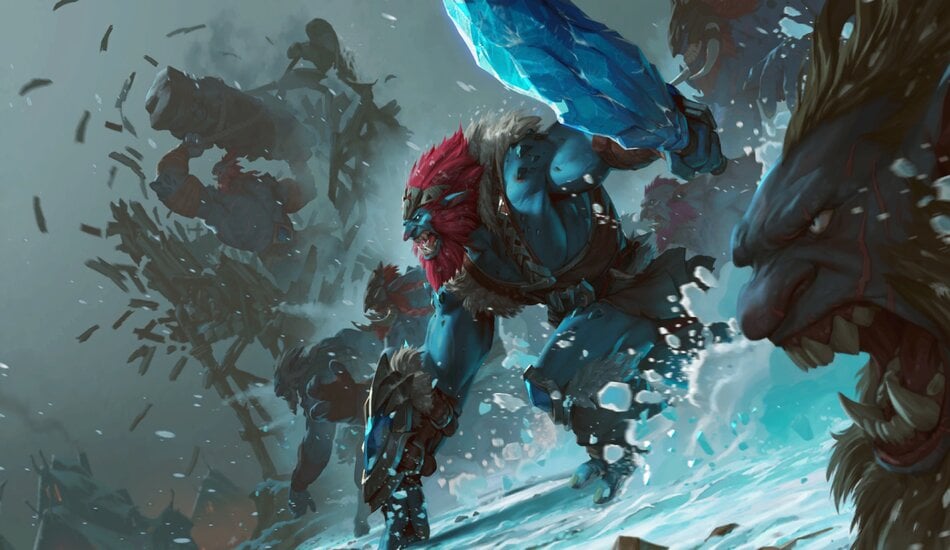 The Brazilian LoR scene has consistently showcased a community of players and fans who are passionate about the game. On the same day as the CoM launch, Runeterra School ran a tournament unvieling the new meta to a concurrent viewership of around five thousand. Winning the event was Team IQ Iannogueira, featuring decks Leona/Aurelion Sol, Lulu/Shen, and Swain/Trundle.

Likely one of the most played decks in the North American region yesterday and on the ladder, the Leona Daybreak package is very strong in the early and midgame. This sets up Aurelion Sol as a finisher. Iannogueira approached the archetype differently than most, running the Targon region with Bilgewater. The inclusion of Bilgewater opened to door for Plunder and Riptide Rex as an alternative finisher, along with Smooth Soloist to reduce mana costs.

Trundle might be the most underrated champion in CoM, but Iannogueira proved his worth by pairing the Troll with Swain and his aggressive Noxus package. The Midrange deck stalls opponent’s out in the early game with units like Icevale Archer and Arachnoid Sentry while eliminating threats with Ravenous Flock and Culling Strike. Swain and The Leviathan are a win-con, along with Captain Farron and his Decimates as a secondary finisher.

Running a primarily Demacian Scout package, Iannogueira splashed in Young Witch to help with the Support synergy to level Lulu. Also included in the build was the new CoM dragon, Screeching Dragon, a 4/5 five-drop with Challenger and Fury. Iannogueira also only ran two spells in the build: Rangers Resolve for protection and Relentless Pursuit as a finisher.

Iannogueira is hardly new to the LoR competitive scene, winning the Giant Slayer Fight Night tournament last week against Bruised By God in the final. Ian began competing in card cames, Pokemon TCG at the age of 12 while also finishing second at the Star Wars Destiny nationals in 2015. Fans can check out The Team IQ competitor via Twitch and Twitter.