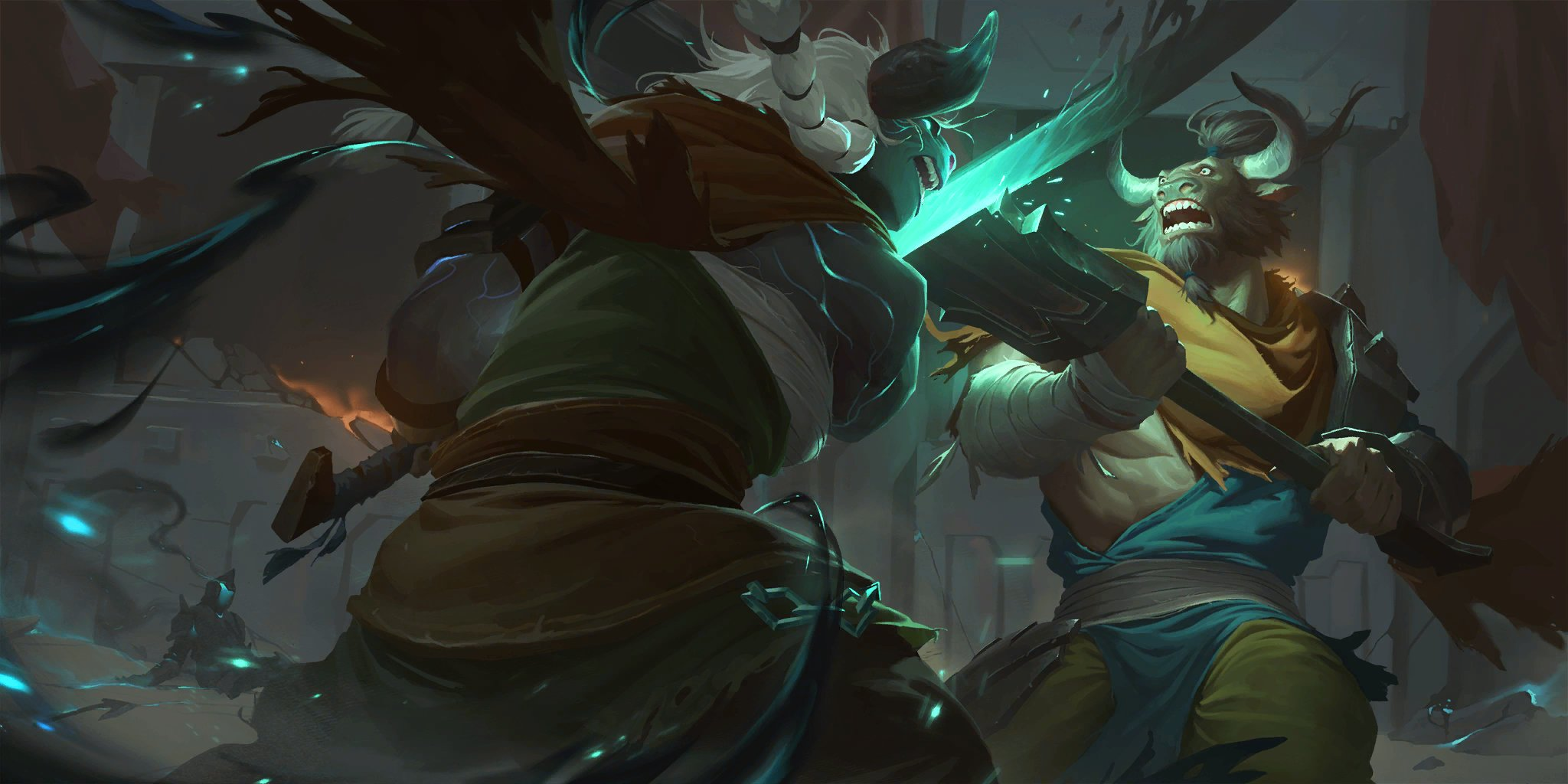 Legends of Runeterra’s upcoming event, Sentinels of Light, has reached another untouched region in its reveal season.

Two cards from Noxus were shown off today: Retired Reckoner and Ruined Reckoner. They’re both Minotaurs and one has already been claimed by the mist. 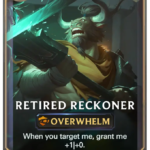 Retired Reckoner is a rare five-mana unit with 2/6 combat stats, the Overwhelm keyword, and a triggered ability that activates and grants him a permanent +1/+0 buff whenever you target him with any effect.

Ruined Reckoner is a rare four-mana unit with 4/3 combat stats and a summon ability that creates an uncollectible Midnight Raid spell in your hand. Midnight Raid is a zero-mana Fleeting Slow spell that targets an ally and has it start a free attack.

Ruined Reckoner is the more intriguing card between the two at first glance due to the spell that she provides. The ability to start a free attack with any of your units can either trigger abilities that occur on attack or strike like Ashe, Azir, Draven, and Scouts. In addition, Midnight Raid can simply allow you to push for more damage and gain the benefits of keywords like Overwhelm and Quick Attack.

The notable weakness to Ruined Reckoner is that her stat line is below average for her cost, so she’ll have a difficult time contesting the board after she’s played. In addition to this flaw, the Midnight Raid she provides is Fleeting, meaning if your board is answered after she’s played, you’ll lose out on the chance to play the spell since it will be discarded at the end of the turn.

Retired Reckoner helps build on the minor Noxus identity of self-targeting benefits with cards like Arrel the Tracker. The largest in-region enabler for this mechanic is Riven and her Reforge keyword. She provides cheap beneficial spells that can be cast in quick succession and help out the Retired Reckoner.

On his own, the Retired Reckoner has terrible stats for his cost. But if you help him out enough, he can scale into a dangerous threat since his stat boost is a permanent one. Aside from Noxus, the new Shuriman cards unveiled that focus on targeting your allies can make Shurima a potent partner region because they also help you target your allies.

Other than the two new collectible Noxus cards revealed today, Riot has shown off the next champion skin that will be joining the Sentinels of Light event, Ruined Draven. This was expected since it was announced that there will be seven overall skins being added with the next event—and they’re all tied to their League of Legends counterpart.

You can test out these cards and more when LoR: Sentinels of Light is released on July 14.