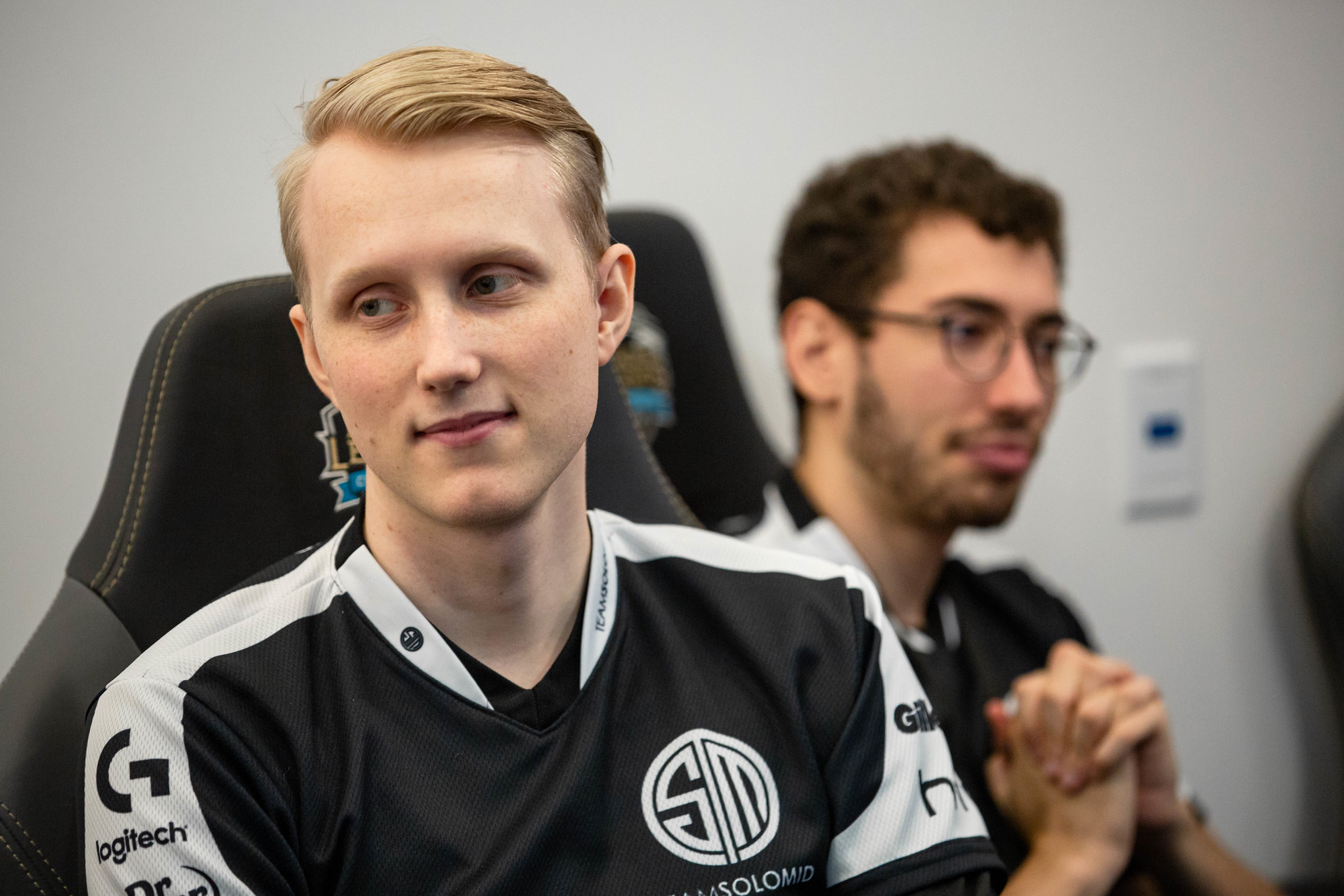 TSM’s ex AD carry Jesper “Zven” Svenningsen struggled to find his groove in 2018, despite being one of the most promising talents from Europe at the time. After ongoing conflict within the team, he even considered leaving North America altogether.

Zven talked about his struggles in a recent League of Legends podcast. “I wanted to leave,” he told hosts Duncan “Thorin” Shields and Christopher “MonteCristo” Mykles. “I said to Parth, after 2018 that even if we had won the Summer Split and gone to Worlds, I didn’t want to play on TSM, or in NA for that matter. At that point, I wanted to just go back to Europe.”

Zven and bot lane partner Alfonso “Mithy” Rodriguez were in the firing line for the team’s poor performance in 2018. TSM went on to finish the year in fifth place before losing to Cloud9 in the Regional Finals and failing to advance to Worlds for the first time.

When it was clear the team wasn’t working and synergies within the top lane, jungle, and support positions were out of sync, Zven said he had enough. “After the year, I said I fucking hate it here, I hate solo queue, I hate living in NA, I don’t have any friends here,” Zven said. “My people are back in Germany. All the people I know, my friends from Denmark, the time zone, my family. Fuck this.”

The original plan was for Zven and Mithy to leave the team together and join a European squad for the 2019 season, but TSM had other ideas. “They said this is not going to work,” he said. “Everyone wants to remove Hauntzer from the team, management included, so we will remove one of you guys. And we will keep you [Zven].”

After Hauntzer was kicked from the team, though, problems continued to torment TSM. The next season, Andy “Smoothie” Ta replaced Mithy and TSM missed Worlds for the second year in a row.

Grig and Matthew “Akaadian” Higginbotham were forced to share playing time in the jungle, leading to a lack of synergy in the jungle, mid lane, and support positions. In the end, TSM lost to Clutch Gaming and even Zven was partly to blame.

“Since then, I’ve come to live with it and I’m enjoying it now, don’t get me wrong,” Zven said. “But back then, it was a big problem for me. Relationships, friends, family, it was fucked up. And I said, I just want to go back, even if we’d done well, I don’t want to be here, I’m sorry for ruining your team. I really said that to Parth.”

Zven has since found solace and joined C9 for the 2020 season. After bonding with support player Philippe “Vulcan” Laflamme this month and climbing the Korean ladder together, he’s hopeful for his future in the North American league.

Zven will make his C9 debut when the 2020 LCS Spring Split starts on Saturday, Jan. 25.