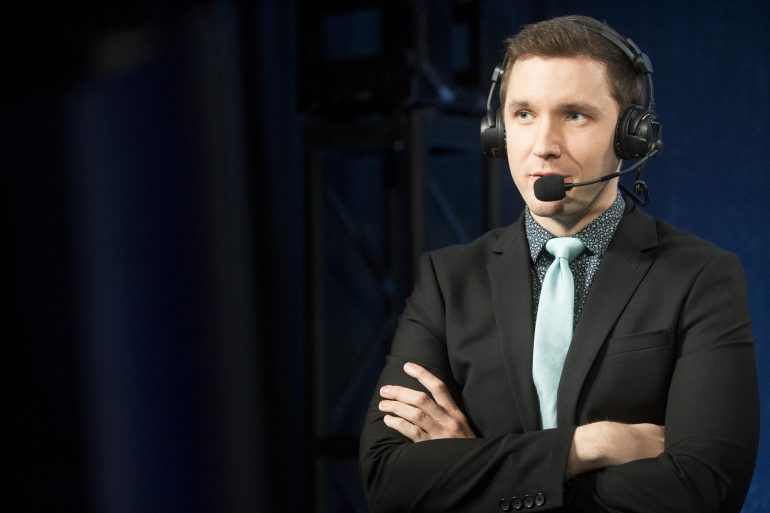 In a recent League of Legends podcast, Aiden ‘Zirene’ Moon tiptoed around the subject of why he left Riot Games.

The former League of Legends Championship Series analyst and color caster left the company on March 13 to explore other opportunities. He’d been an employee at Riot since 2014, regularly appearing on the analyst desk and commentating alongside broadcast partner Rivington “RivingtonThe3rd” Bisland III.

At the time, it wasn’t clear what led to his departure. In an interview on the Listen Loco podcast, Zirene shed some light on his feelings about the departure—but is still staying mum on what, exactly, happened.

“Casting for riot should have been, would have been, a dream job for you,” Choi “Locodoco” Yoon-seop asked on the podcast, which he hosts alongside Duncan “Thorin” Shields. “I’m kind of curious where you go from now.”

Zirene joked, “unemployment on my bed?”

“For me personally I’ve never really resonated with the whole public figure thing very highly,” he said. “I understand being able to get your opinions out there and everything like that and being able to take whatever people give you back, but the thing I don’t like is the persona, putting a show. I like being really viscerally myself.”

“The thing is, though, there is one good benefit from the thing you’re about to go to now, Zirene,” Thorin said. “You can just forget that alarm clock. Wake up whenever you want. Look on the bright side, glass half full.”

Thorin was referring to when Zirene was removed from the League of Legends World Championship broadcast team in 2018 after failing to meet his call time during the group stage of the tournament.

After stepping down from Riot, Zirene is now pursuing a career in streaming and content creation. He will no longer feature on official Riot broadcasts, but, he says, he will stream his perspective for future LCS games on his Twitch channel.