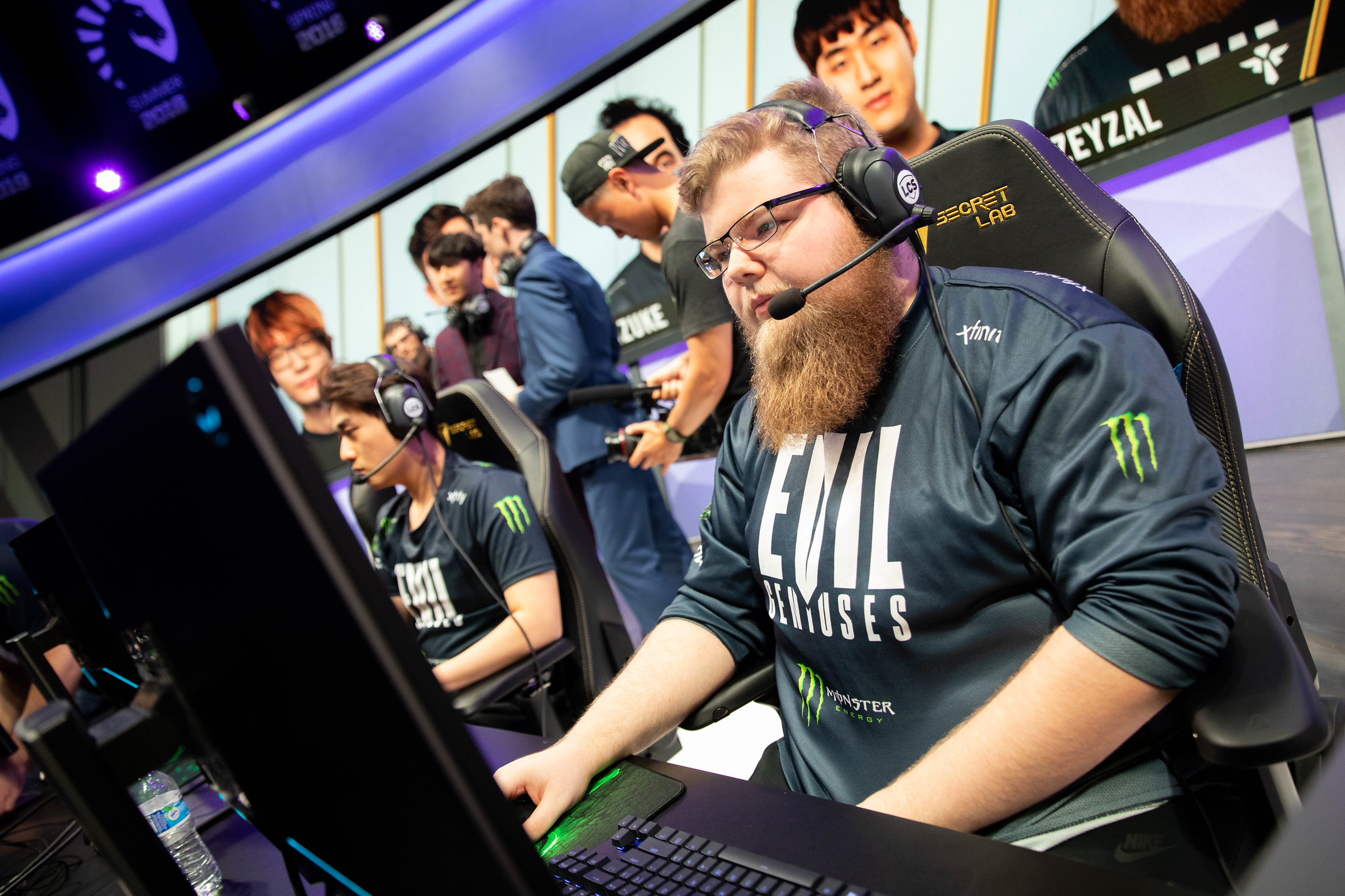 Like every new League of Legends roster that’s come before them, Evil Geniuses have gone through some growing pains over the past month.

This past offseason, Tristan “Zeyzal” Stidam made the switch over to EG along with two of his Cloud9 teammates, Dennis “Svenskeren” Johnsen and Colin “Kumo” Zhao. The talented support detailed some of the hurdles the team has been dealing with so far, including Daniele “Jiizuke” di Mauro’s tendencies in-game and having a less talkative bottom lane partner.

Zeyzal explained that Jiizuke’s playstyle was a bit hard to adjust to when the team first formed. He does think that as EG’s fundamentals get better as a team, he’s also given more room to make confident plays across the map.

Another point of contention for him was having an AD carry who doesn’t talk as much, like Bae “Bang” Jun-sik. Zeyzal mentioned Zachary “Sneaky” Scuderi, who was the de facto leader of the C9 roster and was extremely vocal about what the team should do and how they should do it. Zeyzal said that Bang “is very critical in review” about basic fundamentals and he wants the whole team to be good at it, but he isn’t as vocal about it.

“We were aware [that] Jiizuke’s got a playmaker’s mentality, and Bang is a lot more reserved,” Zeyzal told Dot Esports. “[Bang] plays the game properly—he plays through waves, and through understanding how many numbers we have when we should fight. It’s a very calculated playstyle.”

Meanwhile, Jiizuke is “much more instinct and he plays off feeling,” which is a pretty big contrast. But the 20-year-old support thinks that this is a good combination because once they can master the basic fundamentals with Bang, then Jiizuke has the freedom to make some crazy plays.

He also referenced G2 Esports as an example. Their playstyle seems to be random aggression, but they’re still doing everything else well, like side lane control and vision.

Ultimately, Zeyzal believes that getting through these growing pains will take a lot of time and mistakes on their part. But eventually, he thinks they’ll get their act together. EG are 3-5 after week four, but there’s plenty of matches left for them to find their form before the playoffs begin.