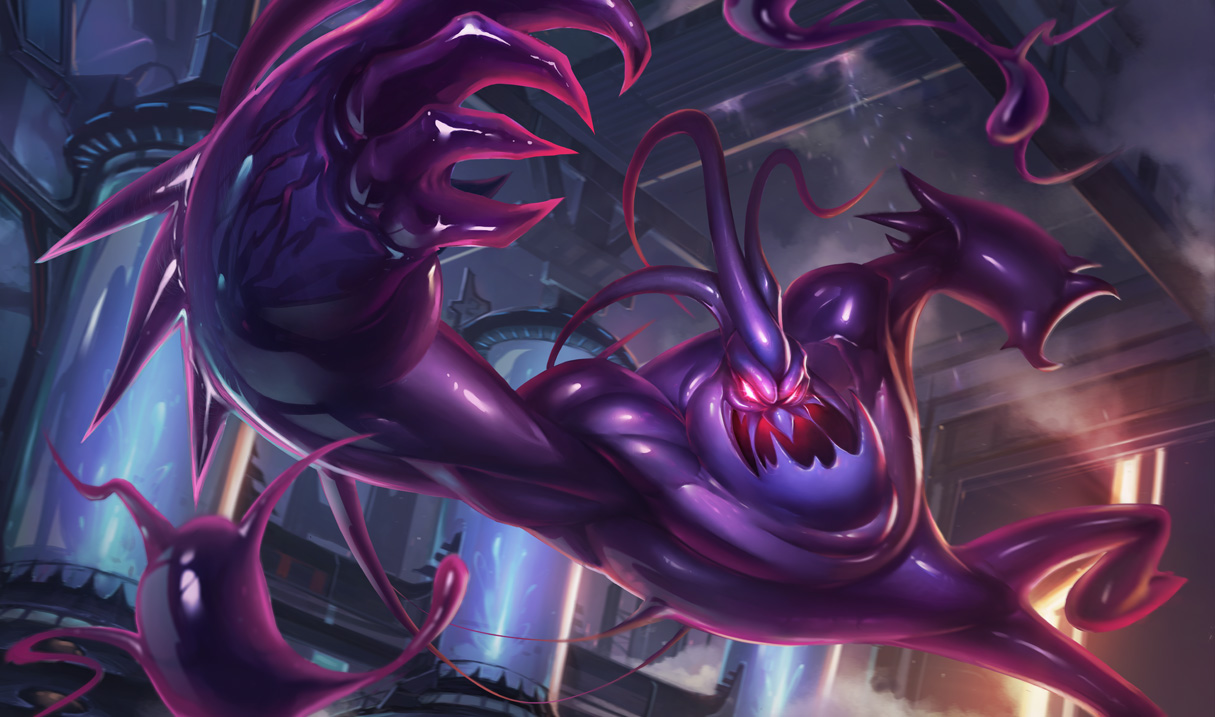 League’s gooey green jungler is getting a bit of a makeover.

Zac’s update will be roped in with the rest of the mid-season tank update, as confirmed in a post by Riot on League’s official forums. He is the third tank so far to be confirmed for big changes with the mid-season patch.

The difference between Zac and the other two announced targets for the tank update, Sejuani and Maokai, is that Zac isn’t in quite as bad of a state. In Maokai’s case, he’s lacking in almost every department. He has little-to-no identity, he’s very simple and boring to play, and he’s too powerful. Sejuani is in a similar sad state of affairs. Her entire identity and uniqueness as a champion revolves around her big, flashy ultimate, but if the ultimate isn’t up, she’s virtually useless.

Zac, on the other hand, has some qualities that are quite healthy.

1) Identity: Zac’s fantasy as a big, bouncy blob is realized to the fullest extent. Between his Elastic Slingshot, his bouncing ultimate, and the passive that allows him to pick up globs of himself, Zac really does feel like a sentient blob of goo. Unlike Maokai and Sejuani, it is actually fun to play him.

2) Uniqueness: Unlike most of the vanguard tanks, Zac stands out as a champion. He is the premier knockback/knock-up champion, which fits his bouncy motif. His Elastic Slingshot provides a unique way to jump in on enemies, and his passive also gives him a fun and very different method of sustaining himself in the face of danger.

3) Engaging playstyle: On the topic of Zac being fun to play, the revival portion of his passive gives him a Gnar-like feeling of changing playstyles as the game goes by. When his revival is up, he can go deeper behind enemy lines and make riskier plays, but if it isn’t up, he has to play safer. This give-and-take provides Zac players with the need to adapt as the game goes on, which is a complexity that adds a certain level of entertainment to playing him.

Zac does a lot of things well. He isn’t a completely helpless damsel in the eyes of Riot’s design team, but that doesn’t mean he’s out of the woods. There are certain things that he could do much better, and a smaller update could be the ticket he needs to really round him out. You can also make him round by using /joke in-game.

Aside from his Elastic Slingshot and his ultimate, Zac doesn’t really feel like a vanguard tank. For example, Nautilus can use his auto-attacks, Q, ult, and E to disrupt the enemies in prolonged fights. Zac, on the other hand, uses all of his abilities at once in one short burst to initiate, and is left spamming Q’s and W’s to deal a bit of damage on one target until the fight is over. The update will aim to add a bit more crowd-control to his less-than-stellar abilities.

His other big issue lies within his ultimate. Let’s Bounce seems to be a less reliable version of Wukong’s ultimate rather than its own, unique, Zac-like ability. On that note, his Q also doesn’t fulfill the “slingshot punch” theme that Riot was going for. Riot’s goal for both Zac’s ult and his Q are to make them feel more blob-like (sticky, stretchy, gooey, etc). We’re not sure what that means exactly, but when the details on Zac’s new kit are announced, we’ll be sure to cover it.