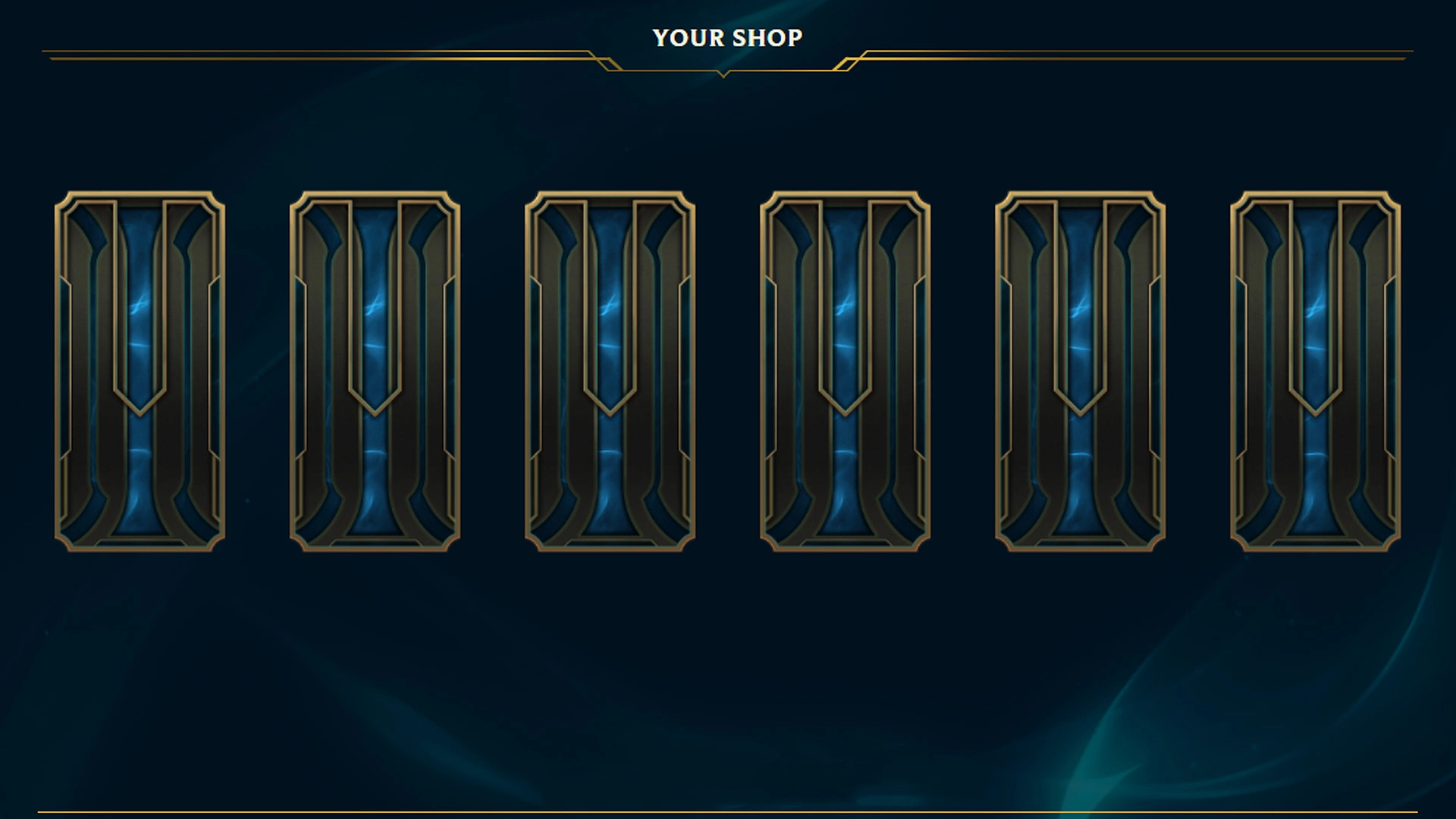 Get ready to discover your player-exclusive deals, League of Legends players—Your Shop is back and ready to access on live servers.

Your Shop, containing discounts on a variety of random skins, is once more available in League, and will remain until Aug. 29. The deals available are selected at random based on the champions and roles that players primarily use, and can include price reductions for skin tiers up to Epic, including Legacy skins.

Players can access Your Shop via the double-envelope tab in-between the loot and store tabs. From there, players will need to click on each of the six panels individually to reveal what the skin is, as well as its original price and discounted offer. Skins with blue triangles underneath them denote them as Epic-tier skins, which is the highest rarity of skin that can appear discounted. Purchasing a skin with then add the “owned” label to it, but will not add another discount to the store.

Like previous iterations of Your Shop, players have very little direct impact on what skins are included within the store. The shop takes into account the champions that players have chosen over the previous six months and compares them to players that utilize the same champions, leading to a diverse—or similar—array of offers, according to the official Your Shop FAQ.

Players that have few skins remaining to collect may notice less than six skins in their Your Shop lineup, particularly if they have already obtained nearly all Epic-tier and under skins. They will not receive additional discounts for higher-tier skins.

There is also a bonus RP promotion ongoing prior to the previously-announced increase in the price of the premium currency in the United States and Canada. This promotion will last until Aug. 19.

Your Shop will be open for business until August 29, with no indication of when it will return afterwards.