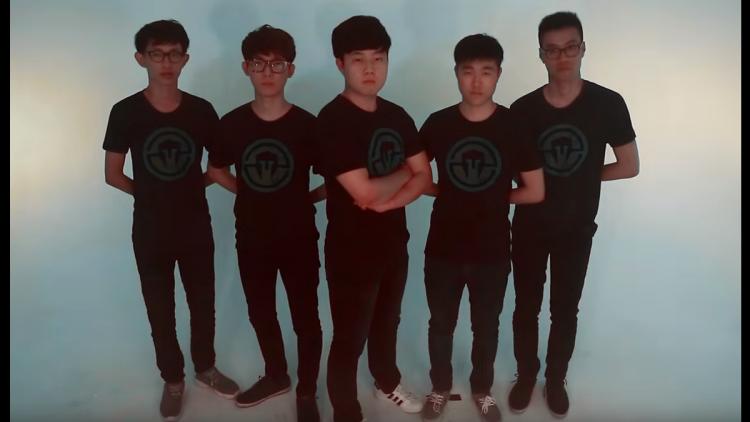 Up until this point, NA teams have seemed to flounder at first when a roster is stuck together with melted down quarters and taped together with dollar bills. Money can’t buy synergy or bonding, all it can do is put talent together and hope it “just works”. Take LPL for example, they were and are notorious for importing top Korean talent, but in most cases, a majority of teams that broke the bank for these players are sitting in the middle to bottom half of their respective group. What made Fnatic different from WE last year? Most people wouldn’t argue if you said Spirit was a bigger pick up in 2015 than Reignover was. Is it just getting lucky with the right players? Immortals are a cover child of a team that was built by money, with top players in every role. So why is this situation different?

Whether it’s coaching staff or the players having immediate synergy, something seems to be working. All the players have something in common though, they all have a significant amount to the community who doubted them.

Huni is one of the newer names in League, and already his play as well as his personality has earned him a spot in the heart of many fans. What could a player who already has immense hype around him prove? Well that precisely what he has to prove. There’s nothing worse than hyping up a player to a level he can’t perform to – see season 4 Seraph. Fortunately in Huni’s case, the NA crowd has realized for the most part that he’s good, but not a miracle worker; no player is for that matter. He has to prove that his time on Fnatic wasn’t a one time deal and he’s still the player many teams were grabbing for. Fnatic’s legendary 18-0 run begs the question of “Who was the carry”? This is Huni’s season to say it was him.

The misconception here is if Huni has to prove he was the true carry of Fnatic, Reignover must be in a similar situation. Reignover was almost always looked over on Fnatic. You have Huni holo’ing it up in the top lane, solo queue superstar Febiven solo killing Faker, and one of the strongest botlanes in the west. It’s not that Reignover wasn’t good, it’s that it’s hard to shine when your job is to make your teammates look good. The average fan doesn’t realize that Fnatic’s solo laners were notorious for forming deficits in lane because Reignover had crazy jungle control with his go-to Rek’sai. Reignover is in NA to show he’s the #1 jungler, even in the presence of players like veteran Svenskeren and rising star Rush. He now has a team where he can show his worth as something to the fans other than an AI Ward.

In the eyes of the NA community, Pobelter is probably the one with the most to prove. You don’t just go from helping CLG get their first ever NA title to getting your play time cut it half to share with a LCS Rookie. So many questions posed by the fans like “Ok but why was he REALLY kicked”. It was almost unbelievable that CLG would shake their LCS championship roster. Nothing against Huhi, as he was a sub 100% dedicated to the team, but that patience should have been rewarded in the season leading up to the LCS victory, not after a depressing Worlds run to lose fan faith even more. But there’s another reason why Pob has always been hyped up since season 3. Pob was always known for assassins, high focus on laning, and snowballing. He was NA’s Bjergsen before Bjergsen was Bjergsen.

Back on EG he played the champs he wanted to play, and got great stat lines from it and everyone was impressed. Unfortunately this makeshift CLG.EU team didn’t have the same structure without Froggen and Wickd and Pob’s carry wasn’t enough. Fast forward to Winterfox. Pob and Altec, two of NA’s bright young carries, a promising team behind a veteran jungler and two solo queue talents. Pob is going to finally have a good team right after he locks in this Ze– Morgana. He locked in Morgana. Ok maybe it was good for the team comp. Now for sure he’ll lock in Lebla– Lulu. Hello? To Altec’s credit, he was solo carrying the team plenty of times, but imagine how much easier those games would be if Pob wasn’t playing supportive champs. Surely this was a management issue than would now be gone that he’s on CLG. Oh wait. Doublelift is on CLG. Pob is again relegated to playing support champions and the occasional Viktor for Doublelift. The trend with Pob’s “potential” seemed to be – if the team he’s on has a hyper carry AD, he plays support. If they don’t have that style of AD, he plays assassins. Yellowpete was a support carry, Pob played Leblanc and Fizz. Doublelift was a hyper carry, Pob played Lulu and Morgana. This time with Wildturtle, who can be either a hyper carry or support carry, he’s played Lulu and Twisted Fate. Pob has now slipped into a style that not many people were aware he consciously chose. The support mid life is the life for him now.

Wait this isn’t a Pobelter article?

Wildturtle was the subject to much ridicule and a circlejerk from reddit. Compare season 3 wildturtle to season 5. What’s different? Season 3, Wildturtle emphasized the Wild by doing things like flashing recklessly into the enemy base for one kill. This was his ‘play-style’ of doing anything for a kill so he could get ahead, it didn’t matter when the tradeoff was. As league progressed, it was taken less and less like and game and more and more like a spectator sport. You can’t afford to do irrational plays just because you want to act off impulse, it’s a game of very very close calculations down to a science. Wildturtle’s play-style no longer fit that criteria and TSM molded him into what he is now for better or for worse. He was still a good player up to his departure from TSM, just a different one that people was praised.

Around the time of the Keith benching fiasco, Wildturtle got the unlucky lable of “bad because bad” and it was near impossible for him to prove them wrong unless he pentakills SKT three times in one game. Wildturtle is in a similar situation to Pobelter, but the reason Pob has a little more to prove is because of how suddenly and unexpected his roster swap was, Turtle was under scrutiny from the community for around a year. Turtle is now proving that he’s still a top half ADC with this new Immortals roster. With carries in every role, he doesn’t have very much stress to perform fantastically, but he hasn’t taken his foot off the gas pedal yet.

Typically on a team, the jungler and support split warding 50/50. On TIP, this was far from reality. Rush said sightstone “did not damage” so he didn’t buy it. Adrian is now the kid in a group project who’s friends left him with all the work on the last day. Adrian warded the most out of any player in LCS last year, keeping TIP’s head above water in the map control game. Adrian is another play who went under appreciated because of his star teammates. It’s nice to have to have a team that finally believes in you and aren’t constantly look to to replace you while you’re active on the roster. Immortal’s “signing bonus was last years salary”.

So you’re telling me Immortals are good because of a cliché?

No. Even though metaphorically “buying” a win doesn’t usually pan out, there are cases where the synergy is just there immediately and there’s a good infrastructure to back them up. Whatever the case it, Immortals is looking to be a top 2 team this split and everyone in their respective role is proving the naysayers wrong.