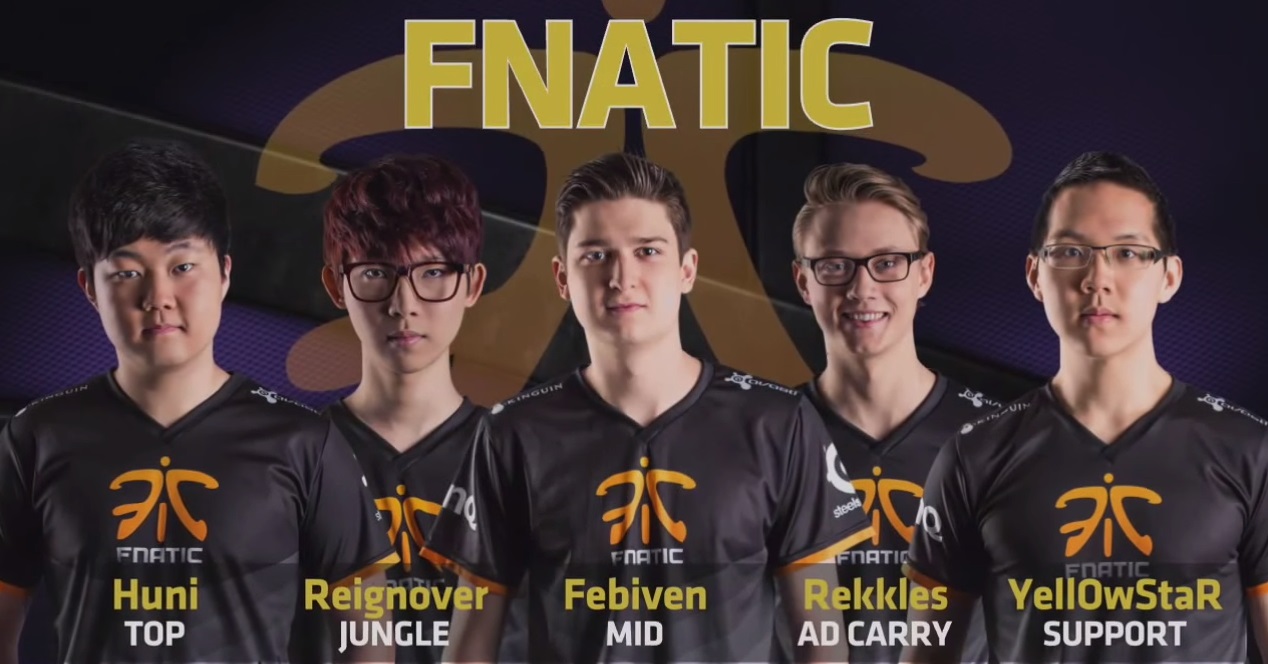 On Monday 23rd of November, both Seung-hoon “Huni” Heo and Yeu-jin “Reignover” Kim announced their departure from the European eSports giant Fnatic.

When the organization formed the new roster at the beginning of 2015, these players were no more than rookies in the League of Legends scene. However, over their time at Fnatic, the Korean duo managed to display incredible skill. They helped the team secure a first place spot during the EU LCS Spring Split, an 18-0 record breaking win streak in the EU LCS Summer Split, and a 3rd/4th place finish at the League of Legends 2015 World Championship.

According to the announcement made by Fnatic, the organization attempted to make offers to both of the players, but the negotiations ultimately failed.

“Whilst we made offers for Huni and Reignover to remain with Fnatic in 2016, and even upped our offers after negotiation, the final amount needed to secure them would have been an order of magnitude higher than what we were prepared to pay to keep them in orange and black,” Fnatic stated in the announcement.

This left the captain of the team Bora “YellOwStaR” Kim in a similar position to which he was in at the beginning of this season. With both Seung-hoon “Huni” Heo and Yeu-jin “Reignover” Kim gone, there was a great hole left to fill on the roster. With so much pressure to replace two incredible players once more on his and the organization’s shoulders, Bora “YellOwStaR” Kim decided to leave Fnatic after 3 very successful years with the team. With multiple EU LCS titles and appearances at many international events, Bora “YellOwStaR” Kim is a European legend in the eSports scene and will be a hard to replace pillar of the Fnatic roster.

Bora “YellOwStaR” Kim has clearly expressed his need to embark on a new adventure, which will take place in North America. This leads many to believe that Bora will be joining Team SoloMid, who could really use a very strong shot caller in their new roster.

Where do you think the ex-Fnatic players will move to now? Feel free to leave any of your opinions down in the comments and follow us here at eSports Guru for all your League of Legends and general eSports needs.