Yasuo can drop a line with the best of them. 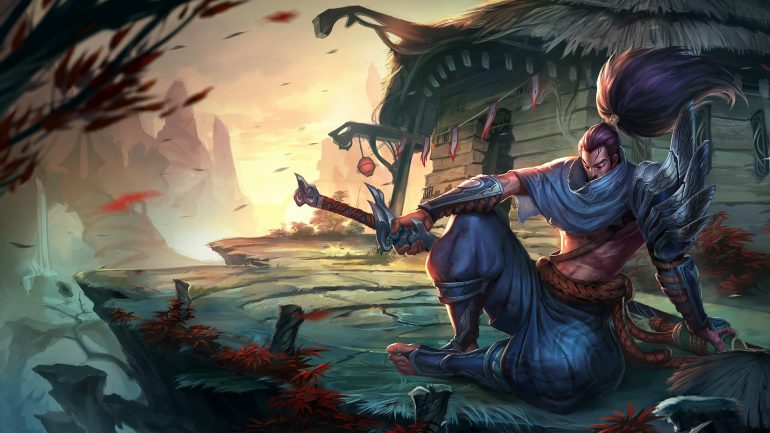 You probably never thought about how good Yasuo would be if he became a rapper. Whether you love to play the swift swordsman or hate seeing him on the Rift—as an ally or an enemy—you’ve probably never wondered what would’ve happened if Yasuo followed his true dream.

But now, with a cartoon music video made by a group of League of Legends fans and content creators, we all get to see what might have been. If only Yasuo hadn’t been repressed as a child and forced into the life of a monk, or if his master hadn’t been killed turning Yasuo into a fugitive, we could have had more hot lines like this:

The main song, recorded by Joseph “dj-Jo” Feliciano, uses Yasuo’s familiar voice lines and sound effects to tell the story of, well, someone who trolls other champions on Summoner’s Rift. Yup, that sounds like Yasuo all right. Teemo is the first to fall, of course, but then he takes down Wukong, Kayn, and others before facing the only rival worthy of his attention: Himself.

The animation adds even more color to the story, mainly in the form of memes and Easter eggs. There’s the one about “your team’s Yasuo vs. the enemy team’s,” shoutouts to URF and Nexus Blitz, and a sequence between Yasuo and Kayn that seems to point to Yasuo’s triumph in last year’s Odyssey event.

The end just shows Yasuo standing on top of a smoldering heap, which is honestly how most players feel after encountering him. But don’t turn it off too fast because the outro music is great, too.

This isn’t a Yasuo music video that we needed, but it’s definitely one we deserve—or something like that anyway.