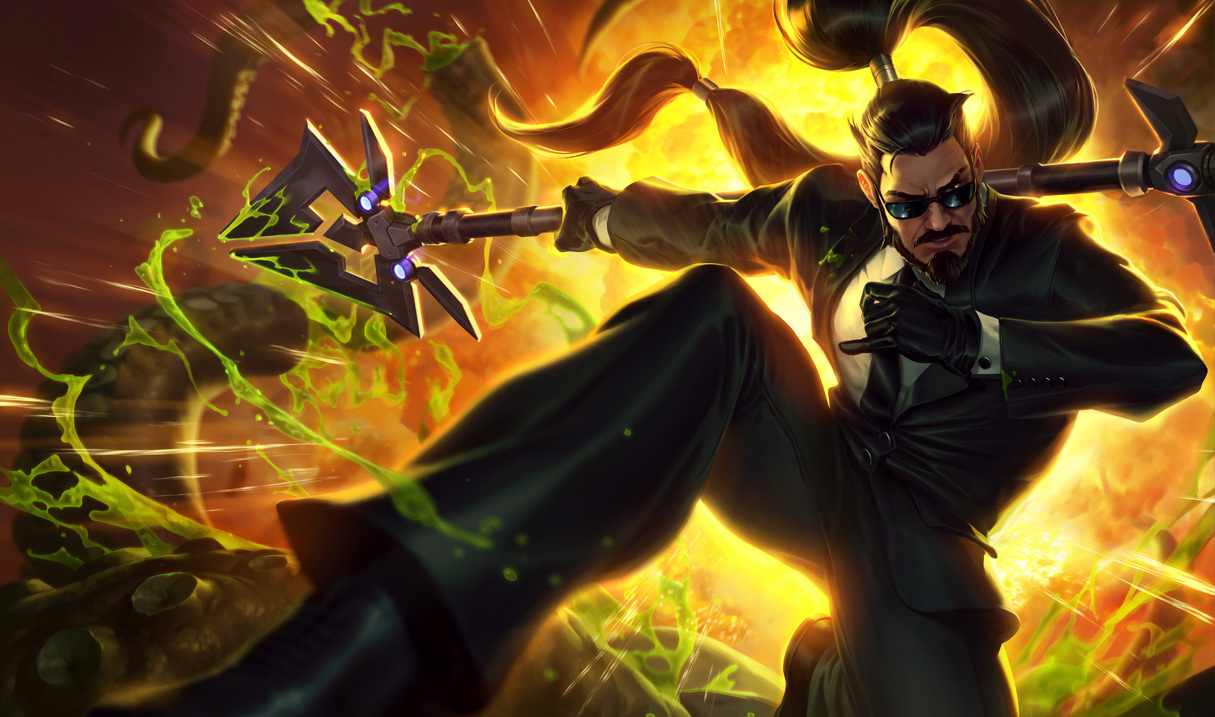 Between Fiora, Jarvan IV, and Galio, Demacia certainly has a roster chock-full of badass champions to play. A certain spearman has trouble holding up to some of the more impressive themes and kits on Team Demacia.

It’s Xin Zhao, just in case you missed that—but don’t worry, he has a big rework coming soon that should add some pizzazz to his simple kit, according to Riot’s announcement today.

Xin Zhao is a diver, and a diver is a champion that excels at leaping into a crowd of enemies very, very quickly and causing a ton of mayhem. If the enemy team doesn’t peel a diver off of their squishy backline, divers usually deal enough damage to dramatically blow them up. There are quite a few divers that are in dire need of an update, so much so that Riot was planning a class update to divers as a whole.

Unfortunately for those champs, class updates have officially been cancelled. But that doesn’t mean there aren’t certain champs that still need some love.

Xin is one of the divers that is most lacking. He has a very meaningful skill combo surrounding his dash and knockup combo, but that’s about it. After those abilities are on cooldown, he feels more like a wet napkin and less like a badass bodyguard of Demacian royalty pouncing on his nation’s wrongdoers. To fix that, Riot will be replacing his W.

The goal of the change is to add more counterplay and skill expression to the W so it feels more important all-around, both for him and for his enemies to keep track of. The development cycle is in its earliest stages—but since the change will likely only hit one of his abilities drastically, it may ship soon.