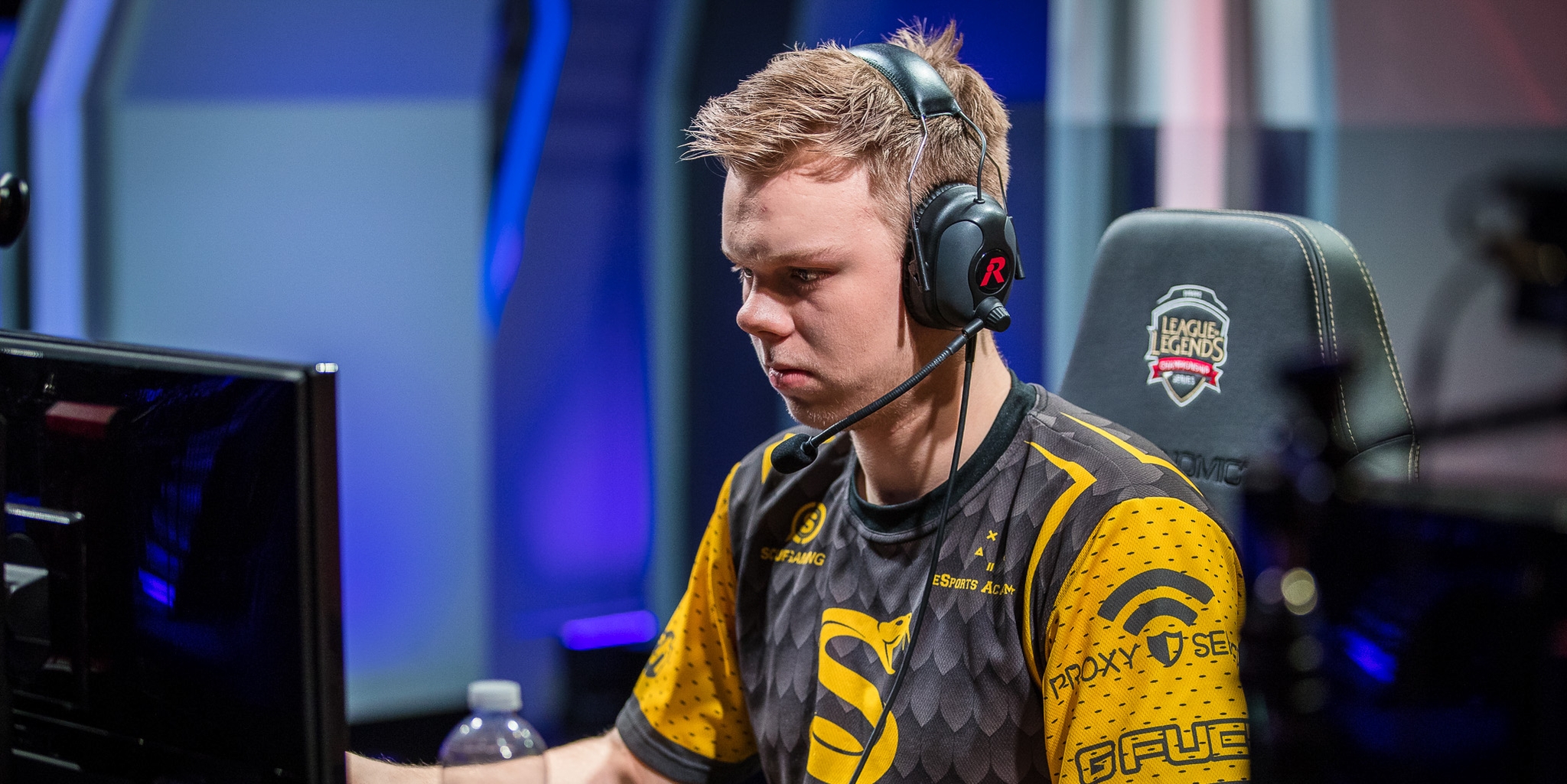 The story of Splyce in the European LCS is inspiring: A young, inexperienced side battles against relegation in their debut season, then reaches the playoff finals in the next one. There is an even more inspiring story within the story, though: that of Martin “Wunderwear” Hansen.

The 2016 Spring Split was rough for the majority of Splyce’s players. Perhaps only mid laner Chres “Sencux” Laursen could claim to be “happy” with his individual performance during the season. The others disappointed, but Wunderwear was a level even below that. Among those who featured in all 18 matches, he finished bottom in KDA, which included the most deaths and the least assists. He never looked comfortable in his own game, and most were left wondering when he would bite the bullet and leave the LCS side.

But Splyce didn’t drop him loose. Clearly his teammates saw something in him that the rest didn’t. And indeed, towards the end of the Spring he had begun tallying off a better good-to-bad game ratio. Wunder himself said in a pre-season AMA that he wasn’t phased by online criticism and abuse; he might have even enjoyed it. At the time, the mark of confidence didn’t mean much to anyone who may have caught it. Three months down the line, however, we can say with complete certainty that he and his team had every right to be confident.

Watching Splyce, and indeed Wunder, in the Summer split was almost whimsical, as if we were just waiting for the inevitable collapse, because it was beyond belief that Splyce would ever make top two. But they just didn’t stop. Perhaps more surprising was that, somehow, Wunder was becoming one of the most vital parts of this little Danish steamroller that dared challenge the established names of the league.

By the end of the regular season, Wunder racked up the most kills among top laners. His Irelia was as terror-inducing as that of another Danish top laner, Mike “Wickd” Petersen. Tanks, fighters, assassins, you name it, this guy could play it. It just added an extra pinch of flavor when he locks in something he knows he can carry on. Now, his confidence is at an all time high—and so is the rest of the squad’s. Risky and often unfortunate teleports have been replaced by game-changing moves all over the map. His synergy with jungler Jonas “Trashy” Andersen has created a duo to be feared.

Even in the playoffs, he reigned supreme. With three less games than semifinal opponent Andrei “Odoamne” Pascu, he’s racked up 22 kills, Odoamne’s 21. Wunder was integral to the 3-2 win in the series, including one game that was won almost exclusively off the back of his Gnar play.

Next week, Splyce go head-to-head against the villains of Europe, G2 Esports. The scrappy, fan-favorite underdogs have a chance to deal a blow to the undisputed champions of Europe. Wunder, along with the rest of his team, makes his debut in the LCS playoff finals, just a year after earning promotion from the Challenger Series.

And he deserves to be there. His performances in the Summer Split earned him a spot— voted in by his peers and members of the media—on the LCS All-Pro lineup. Wunder has ascended to the top of the top lane, while his oncoming opponent Ki “Expect” Dae-han looked shaky against Unicorns of Love. In a meta where the top/jungle combination is the most important, it’s Kim “Trick” Gang-yun that could put the pressure on a so-far-unphased Wunder.

The Danes bring back-up of their own with Trashy. The two-on-two battle between top lane and jungle is going to be quite the spectacle. One boasts the all-pro top laner, while the other has the all-pro jungler. It might not be the final we expected, or even the final most of us wanted, but if you’re expecting a stomp from G2 Esports, you may be in for a surprise.

The success of the season for Wunder doesn’t rest solely on this final series. He can walk away and be happy with the turnaround he has achieved. He’s already exceeded expectations. But now he and his side can go one step further and claim one of the elusive spots at the World Championships.Splyce AD carry Kasper “Kobbe” Kobberup recently told Dot Esports that his team would be “excited” to face off against the world’s best, but had no idea how they’d stack up.

If Wunder made it to the world stage it would complete his epic tale. From worst in the league to representing his region in front of millions. But there are no free passes, and G2 Esports won’t be looking to forfeit the EU LCS title just because they’ve already secured a spot. Ultimately, Wunder can be proud of his achievements in the last three months— win or lose next Sunday. But knowing him, he won’t be satisfied until he’s lifting the EU LCS trophy.