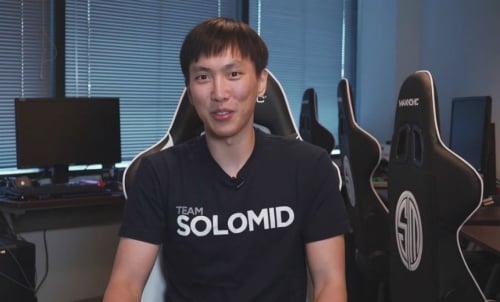 Recent quarrels of drama have been widespread on the front page of reddit at the beginning of the off season. Doublelift leaving Counter Logic Gaming to join LCS rival Team SoloMid has turned into both sides airing their dirty laundry through social media and media outlets.

It brings up an interesting discussion of whether a traditional PR manager would be good for the professional scene. There are pros and cons to both sides. One of the biggest reasons that esports is so addictive is because there is always content to consume that is available. With professional players live streaming in their down time, there is always a possibility of them slipping up and revealing something they shouldn’t have. A prime example is when a streamer gets a message regarding a roster change that they didn’t want to go public. Or that time that NAKAT visited the CLG house and included WildTurtle in his tweet that revealed he was trying out for CLG.

The fundamental principle this creates is brand association. The new dynamic that esports brings is fan engagement on a higher level than any traditional sports team. A key component of this association is when a new piece of information develops whether it’s a team member lashing out on social media, leaked information from a streamer, or a team owner releasing private information.

So wouldn’t it make sense for teams to hire a PR manager to control these issues? From a team perspective, you would have less drama that the players would deal with but there would be heavier restrictions on what the player could say. Players currently censor themselves because the owners tell them to but if you add a professional manager to the support staff, you will have a dramatic increase on the amount of information streamers can reveal. This would lead to some Marshawn Lynch style interviews with league pros.

The counter argument here is that by hiring a PR manager, you are keeping all of the fan engagement as before but you’re eliminating the drama that teams have to deal with. However it’s not that simple. The world of esports is unique because of the amount of transparency there is. By taking this small step to limiting the amount of engagement that fans have could turn into a spiral effect. The next step after would be limiting what the players can say to their stream viewers on any information regarding the team in fear of them accidentally revealing something.

There will be an attempt for teams to hire PR managers in the future and it will limit the engagement that players have with their fans. It creates a more professional environment but it’s important to remember that esports didn’t become great by acting professional and some would argue that’s why it’s so great.

It’s important to note that this is not my official stance on the idea of hiring a PR manager but fruit for thought on why it may have some downfalls.