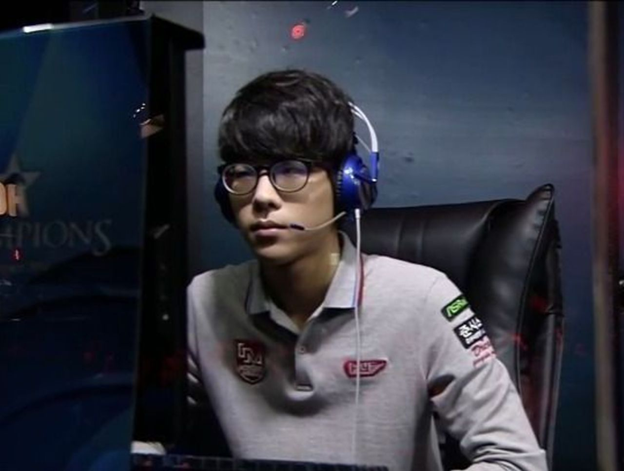 Humiliated at the IEM Season IX World Championship and the finals of SBENU Champions Spring 2015, the KOO Tigers have tumbled far from the throne they claimed in spring. Through the summer season, KOO has cycled through slumps and boons, struggling with Meta changes and players underperforming. Nonetheless, Song “Smeb” Kyung-ho continued to impress with his enormous champion pool and consistent playmaking, cementing himself as one of the best Top-Laners in the world.

(Image courtesy of The Score Esports)

Kyung-ho developed in a way few anticipated. In the first two years of his career, he played for the infamously lackluster Incredible Miracle organization. Good enough to qualify for Champions but too weak to progress out of groups, Incredible Miracle’s teams were reputed as some of the worst Korean teams. Despite being a part of such feeble rosters, Kyung-ho showed glimpses of greatness. In Champions Summer 2014, Kyung-ho secured Incredible Miracle #1’s only victory in the tournament against SK Telecom T1 K with a monstrous Riven performance. Aside from this moment of brilliance, Kyung-ho remained unnoticed.

Following the departure of numerous professional Korean players to China, Kyung-ho was given a chance to change organizations and hopefully acquire a better team. In November of 2014, Kyung-ho joined the HUYA Tigers alongside former Najin players such as Kang “GorillA” Beom-hyeon and Kim “PraY” Jong-in (this circumstance inspired the nickname “Smeb and the Najins” for the Tigers).

Immediately, Kyung-ho began to impress fans and analysts with his play, particularly his mastery of the champion Gnar. Over the course of the last two seasons, Kyung-ho stretched his champion pool to staggering limits, playing eighteen different champions with playstyles ranging between tanks, utility mages, split pushers, and carries. What is truly inspiring about the number of champions Kyung-ho has played is the fact he has a winning record on all but two of them—Kyung-ho is proficient on almost any champion he plays. Furthermore, Kyung-ho carved his name into the record books by being the first Top-Laner to achieve a Pentakill in Champions history on his classic Riven.

An innovator, quick learner, strong laner, and shot caller,  Kyung-ho attends the Worlds Championship 2015 as one of the top five players at his position. Given the strength of top-lane split pushers such as Fiora, Kyung-ho is an environment where he can bear the burden of carrying his team. Some of his champions who thrive as counter picks, such as Riven, will likely be banned away from him, but he can fall back on champions like Gnar, Lulu, or Malphite and still contribute greatly, while giving his teammates their stronger picks by absorbing bans.

The KOO Tigers are underdogs at the World Championship. Against the likes of SK Telecom T1—who have handedly defeated KOO several times— EDward Gaming, and LGD Gaming, KOO is unlikely to progress farther than the semifinals. Yet, while KOO can be dismissed, Kyung-ho should not. His team may fall, dragging him down with them, but Kyung-ho can show he is one of the best, and maybe even change the fate of the Koo Tigers.