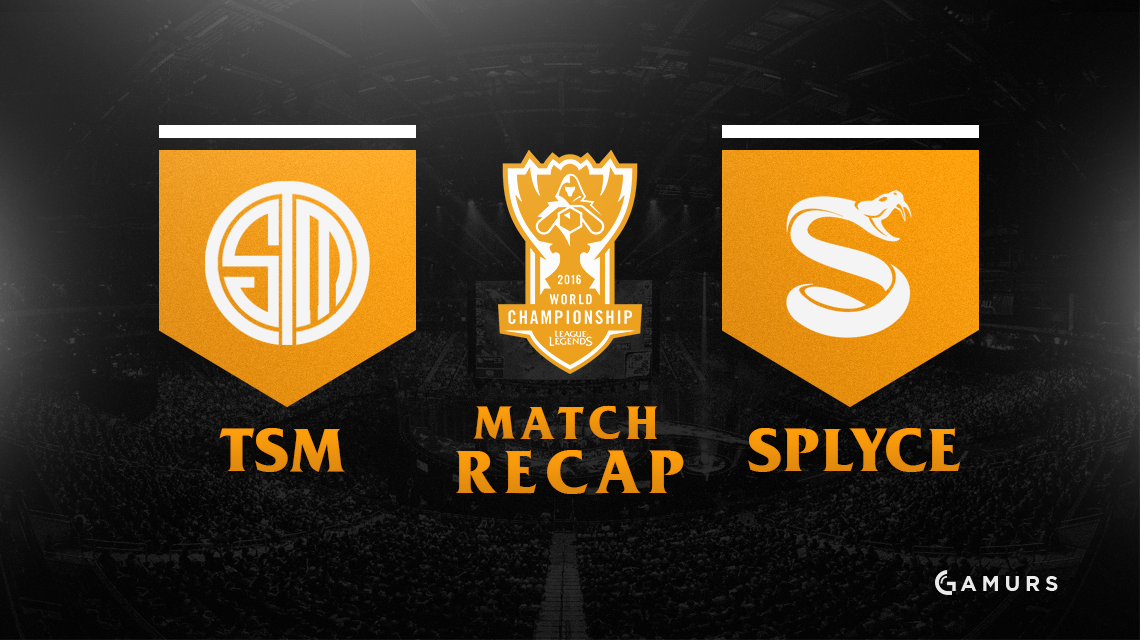 Jonas “Trashy” Anderson helped Splyce lead in the very early game, finding first blood before it was traded right back by Team SoloMid’s Dennis “Svenskeren” Johnsen. The first team fight of the game went in the favor of TSM, who found two kills and lost just one member of their squad. However, shortly after, Splyce found two picks, one onto Kevin “Hauntzer” Yarnell in the bottom lane, and gave themselves a slight 1k gold lead.

The skirmish game was won by Splyce, while Team SoloMid appeared to have control of the team fights. On a few occasions, Splyce found a few kills by picking out a TSM player that was in the wrong place at the wrong time. They then solidified their gold advantage by getting ahead in objectives, holding a 6k gold lead at 32 minutes in, with the snowball rolling down the hill for Splyce. A mountain drake from TSM provided a little relief, who used it to take the tier two mid lane tower at the 34 minute mark. In the late phase of the mid game, TSM found a little momentum with three unanswered kills.

A team fight mid kicked off the late game, and TSM came out on top, getting three kills, and a Baron off of a nice ultimate from Yiliang “Doublelift” Peng. It was at this point that TSM regained control of the gold lead, going about 500 gold up at 38 minutes in.

TSM won a crucial smite fight at the Elder Dragon and then moved to push down the bottom lane, taking the inhibitor turret, and resetting back to base after that. One more push from TSM was the final nail in the coffin for Splyce, who lost the game after putting up a tough final fight at their Nexus.

TSM improves to 2-1 in Group D, while Splyce continues to struggle, as their record now stands at 0-3.