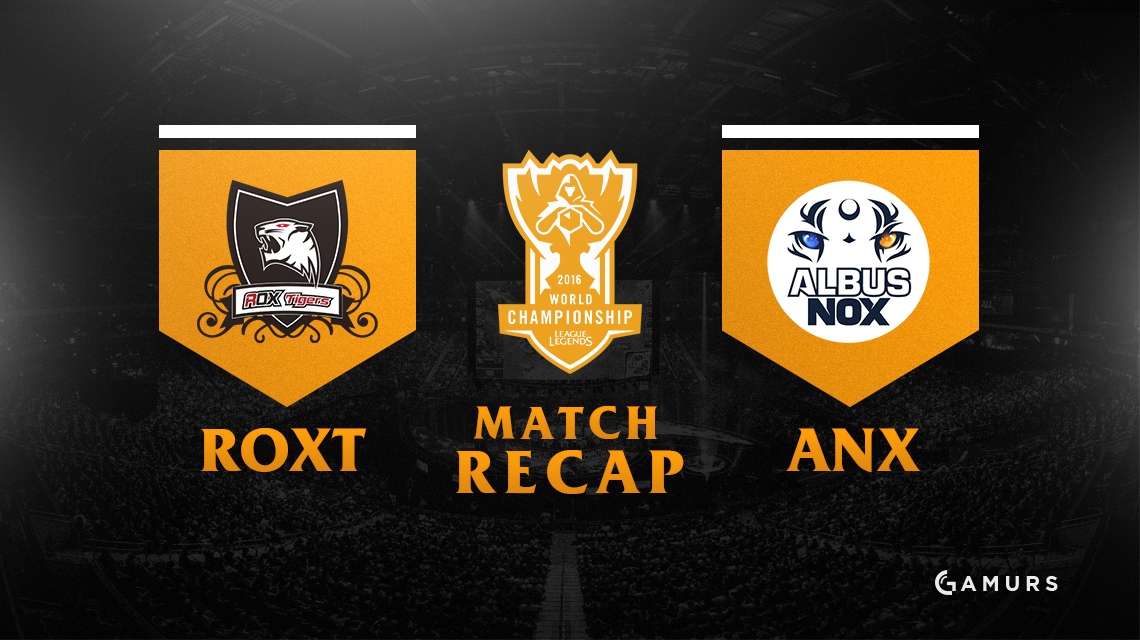 With both ROX and ANX being tied for first place in Group A, they had to play a tiebreaker to determine the first seed from the group.

To take advantage of their strong poke in the bottom lane, ROX had two different three/four man tower dives toward the bottom lane for four easy kills. From the very beginning, ANX were playing from behind and it looked like ROX had regained form. ANX’s early game was very messy and ROX found a punishment for every mistake, giving them a very strong early game. A 3.5k gold lead at 10 minutes and three kills for PraY meant ANX had a long way to go to mount a comeback.

At this point in the game, ROX had a clear advantage in overall power and teamfight potential, so ANX was forced to look for picks. ROX, being as strong of a team as they are, didn’t make any mistakes for ANX to capitalize off of. As ROX grew their lead, ANX began to become complacent and tried to force ROX off their base, but fell prey to CC again and again.

A 10k gold lead left ROX in a great position to take the game. Much like the rest of Worlds, they still took the game slowly to force ANX to make bad decisions. At every turn, constant CC kept key targets from ANX down as ROX made slow pushes into the base. Strong poke and great damage kept ANX locked in their base, giving ROX free reign to win the game.

ROX is now 5-2 and is first seed for Group A while ANX is 4-3 and second seed going into the quarterfinals.

What did you think of Group A? Did ANX surprise you? Let us know in the comments below or tweet us @GAMURScom.