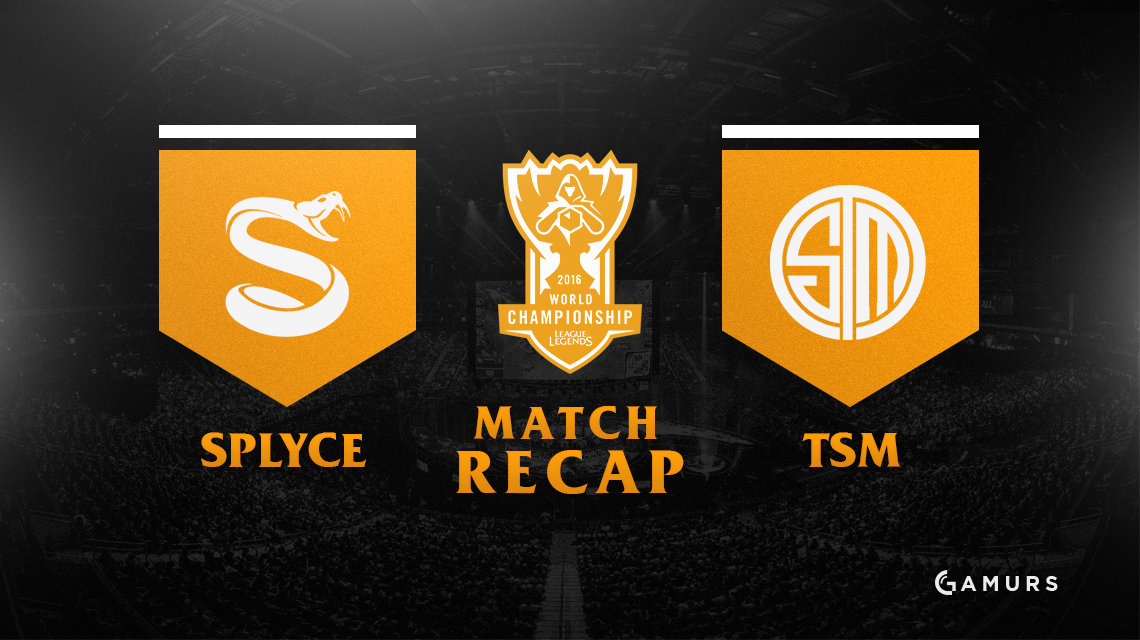 A recap of the Group Stage match between Team SoloMid (NA LCS) and Splyce (EU LCS).

Just before the five-minute mark, first blood was secured by Splyce but quickly traded back by TSM, and both teams lost their jungler, though Team SoloMid used six summoner spells in contrast to Splyce’s one. Splyce took the first turret of the game, but TSM traded it back and took the first dragon, maintaining their gold lead.

At the start of the early game, TSM bit off a little bit more than they could chew and did not get the most out of a team fight they pushed for, with Splyce equalizing on the two kills picked up by TSM. Though TSM was not going to let this distract them as they got right back into the action, won a few picks in the top lane and jungle, and eventually rotated to the mid-lane where they took the tier two and then fell back to take their second dragon. From there, the snowball was in full force and TSM just kept taking a bit of the base, backing and repeating.

Well, there was not much of it. TSM picked off the inhibitors one by one and eventually turned onto the Nexus turrets and the Nexus while Splyce threw in the towel and let TSM end the sub 30-minute game.