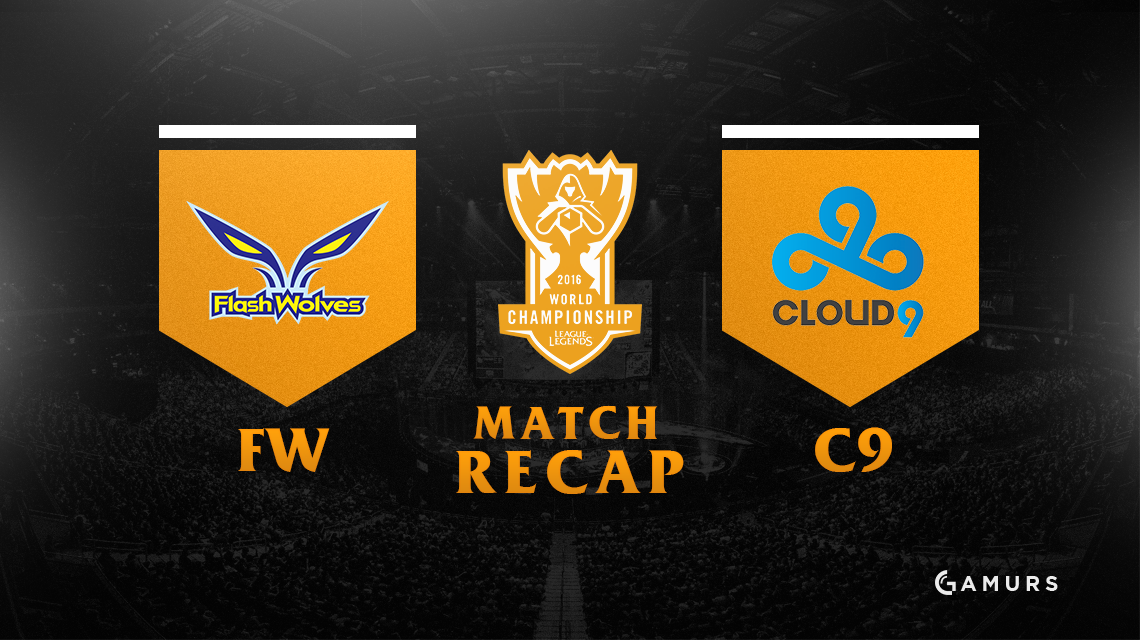 After a disappointing game yesterday, Cloud9 needed to prove that they are ready to play. However, Flash Wolves weren’t ready to cut them any slack.

Karsa moved towards top lane after hitting level three to get Flash Wolves first blood. Cloud9 sent Sneaky and Smoothie top but fell into FW’s teleport trap, which resulted in three kills. On respawn, Sneaky walked down bot lane to try to gain some vision, but was quickly met by the FW and fell again. C9 tried to react and obtained an Infernal Dragon. Despite being five kills ahead, C9 was only 2k gold behind.

Impact caught out MMD and got a solo kill. After winning the vision war, C9 made an effort to take another drake, getting a Cloud Drake. With three drakes under their belt, C9 looked to start some fights. But, FW was one step ahead of C9, denying them a chance to close the gap in gold. FW forced C9 off dragon to get another kill.

After 10 minutes of fighting for vision, Impact secured a solo kill against MMD while Meteos got a pick in the mid lane. Impact applied pressure in the bot lane, but FW reacted immediately and obtained Baron. FW forced their way into C9’s base to secure an inhibitor and slowly started starving C9.

However, C9 refused to let FW run all over them. Constant skirmishes back and forth saved C9 enough time for their inhibitors to respawn. After Jensen stole Baron, C9 forced FW into a turtling position. After a standoff for 15 minutes, C9 shoved in FW and forced a bad fight.