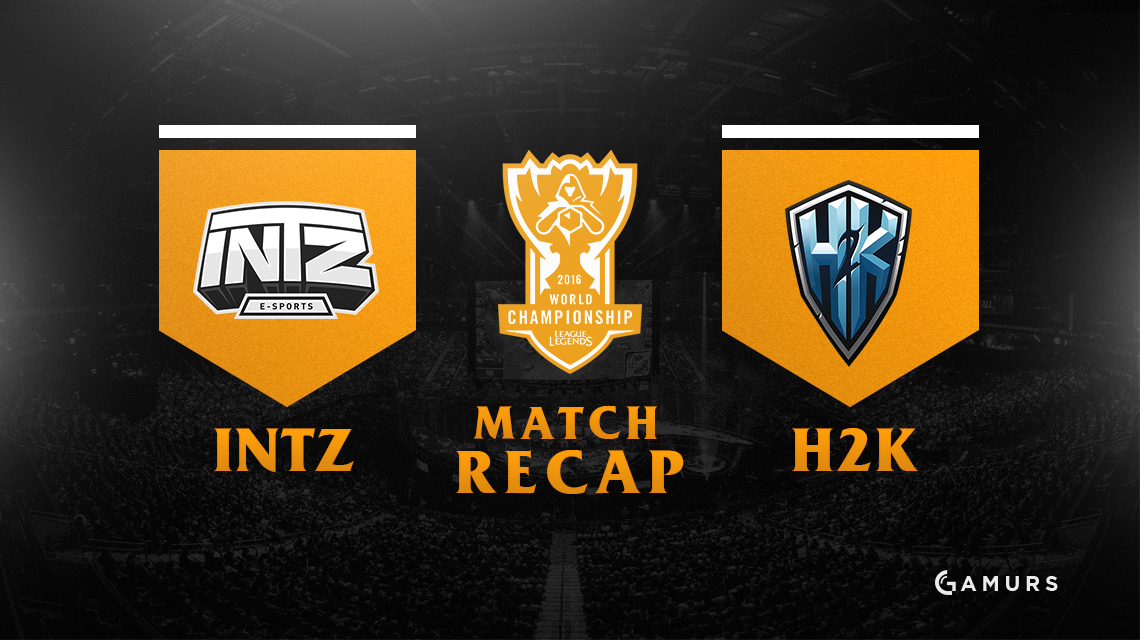 INTZ spent a lot of their very early game efforts on the enemy jungler, Marcin “Jankos” Jankowski, in an effort to make him fall behind. INTZ stole the red buff and raptors on their first and second spawn. The jungle efforts were aided by Aurelion Sol’s strong mid lane presence. Despite these efforts, H2k was able to collapse onto the enemy Elise in the river and find the first kill of the game. H2k was then able to counter the aggressiveness of INTZ and went up four kills to zero, while holding onto a small gold lead.

H2k extended their lead with a dragon, followed by a few more successful team fights that eventually put H2k in a very commanding position. At 24 minutes into the game, H2k held about a 5k gold lead, and also led the kill count 11-2. This domination continued into the late game, which there actually was not much of.

The late-game consisted of H2k taking a piece of the INTZ base, grabbing objectives and repeating until they took down the Nexus. With this victory, H2k clinched their spot in the quarterfinals, and await the winner of the next match to see who they will play in the tiebreaker for the first seed in Group C.