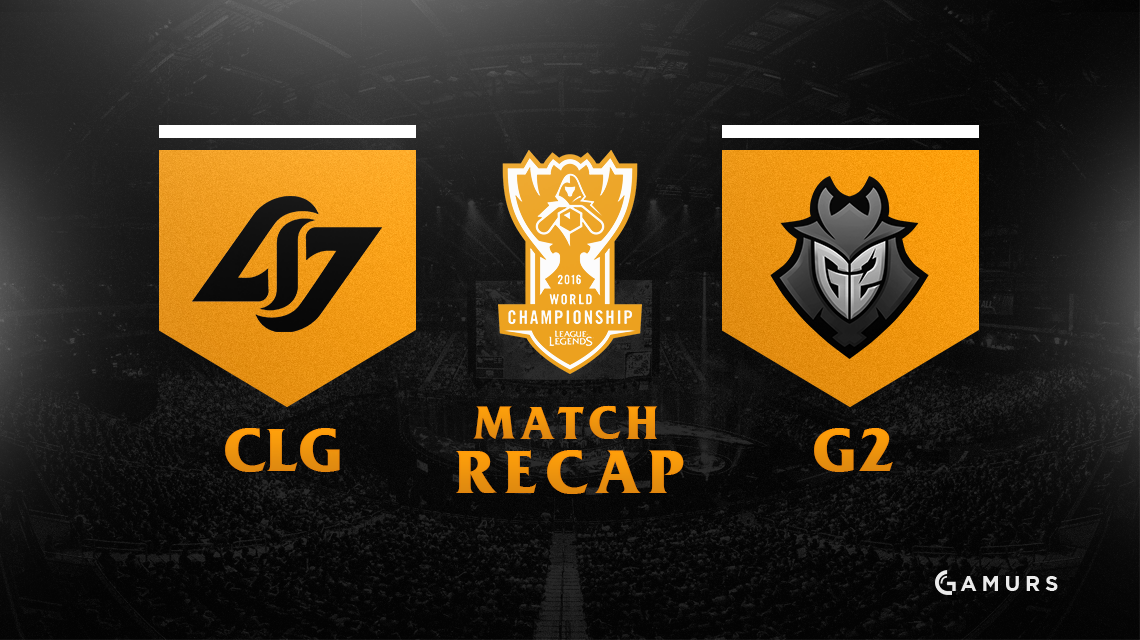 After both NA’s CLG and EU’s G2 losses at the start of the day, they met on the rift to try to get their first win of the second half of groups.

After hitting level three, Xmithie made his way top lane where Darshan had been poking down Expect ever so slightly, giving CLG an easy first blood. On another gank, Xmithie and Huhi chased Perkz up toward top lane for a lead on Huhi. The rest of the early game was CLG cutting off G2 around the map and obtaining map control. Xmithie was everywhere, preventing Trick from getting any lane going for G2.

A few skirmishes here and there left G2 struggling to regain any ground on the map. Perkz even caught Stixxay with a stun and ult, but Aphro managed to save him, resulting in CLG turning the fight for another kill. Every push CLG had left G2 with the decision of fighting back or letting CLG get free reign of objectives. G2 tried to fight almost every time, but lost the fights again and again. With the score 9-2 in CLG’s favour on top of a 5k gold lead, they looked to starve G2 of gold and push for more objective control.

Slowly and methodically, CLG gained ground on G2 until they had no base left. As they pushed into G2’s base, they picked two off and got an inhibitor. Despite being 13k gold ahead, CLG took the game very slowly. After finally getting more than two or three members of G2 down, they finally made the last push into the base.