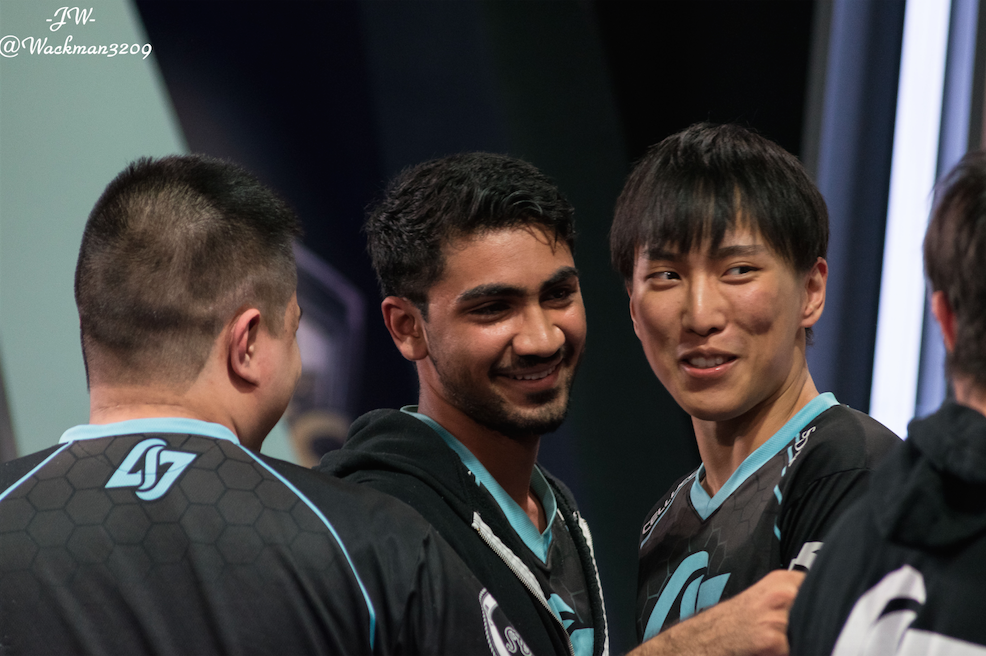 This past weekend, CLG started off their LCS summer split with a perfect 2-0. In their first win, CLG thumped Team Dignitas without conceding a single turret. More impressively, CLG’s second win came versus Team Impulse. The boys in black and blue were able to shake off Impulse’s aggressive early game (and another missed Sejuani ult) with some great mid-game picks and objective control. It would appear that CLG are back on track.

However, critics and fans alike have been cautious to proclaim a new golden age. CLG’s previous problems were rooted in their inability to find success towards the latter parts of the split, often failing to adapt to changing metas or allowing defeats to affect individual performances and team communication. Knowing this, CLG’s staff and players have taken a reserved stance on their expectations for this split. A smart decision.

Yet, there is an argument to be made that CLG may have possibly found a working formula for consistency. I examine the two changes CLG made over the break.

CLG’s first big change came in the midlane. The heavily criticized Austin “Link” Shin was replaced with soloq hero and former Winterfox midlaner Eugene “Pobelter” Park. Some would say this is an obvious upgrade, but that may not necessarily be the case. In the image below I offer a statistical comparison of both player’s performances during the NA LCS Spring Split (excluding playoff games).

*Link played an extra game for the 2nd place tie-breaker vs. Cloud 9

Comparing Pobelter and Link statistically isn’t perfect (most apparently because Pobelter was on a weaker team so his KDA will naturally be lower), but showing Kill and Death participation offers good insight on how they contributed to losses and victories for their teams. Thus, we see that both players offered similar effectiveness for both their respective teams last split with comparable numbers in Kill Participation and Death Participation. So, from a performance standpoint, it is hard to argue that Pobelter is a significant upgrade from his predecessor. In fact, one could say that Link was not the biggest problem for CLG last split. There were many games, the former CLG player had managed to carry with champions like Nidalee and Ezreal. Link’s main criticism was his inability to regularly replicate his great performances versus the top teams and in the playoffs.

If CLG hope to find better success this split, Pobelter must provide a stable midlane presence that his predecessor did not possess.

The next change to the CLG organization was the removal of William “Scarra” Li from the coaching position and the introduction of Chris “Blurred Limes” Ehrenreich as CLG’s new head coach. This move is particularly interesting because this is the first time (to my knowledge) that a League of Legends team has appointed a head coach with an educational background and work experience in traditional sports coaching. My previous article highlighted the need for esports teams to find individual with the experience and maturity to handle a coaching role, and it seems that CLG have done just that.

However, judging from the announcement, it seems that Ehrenreich may lack the expertise and knowledge of the game itself, which is why it was also announced that Tony “Zikzlol” Gray was promoted to a “strategic coach” role. Therefore, Ehrenreich will have a unique non-strategic role as a head coach that focuses more on facilitating team communication, managing egos, and promoting physical and personal health. In a recent interview with Travis Gafford, Zaqueri “Aphroomo” Black dubs Ehrenreich as an “enforcer” with a no-tolerance attitude – forcing players to stick to their schedules, to commit to exercise, and to constantly keep talking in game. This is especially important considering that CLG’s past splits have been marred with interpersonal rifts (e.g. Link’s manifesto and Doublelift’s response) and breakdowns in communication within the team. Thus, Ehrenreich’s presence will be there to prevent another CLG implosion by creating a healthy environment that was amiss in previous splits. Pobelter’s happy-go-lucky attitude will also benefit the team in this regard.

CLG fans can be confident that this roster will be consistent this split, something that has been lacking for the organization. CLG may even have a great run in the playoffs. But they are not enough to create a championship winning team. CLG’s drafting and in game strategy last split was at many times suspect. Improving the team in these areas will now depend on Zikz. Will his new role as strategic coach fix these issues? If Zikz was in any way connected with the team’s draft phase last split, his ability to create better pick/ban plans is in doubt.

In addition, CLG must still prove they are able to win games from behind and to team fight well when the odds are stacked against them – something their LCS rivals Team SoloMid were known for last split. And should they manage to accrue enough champsionship points, they must also prove they have what it takes to win the daunting gauntlet for the third spot for Worlds.

A true mark of a championship winning team is to not only display dominance, but to be able to perform even with their backs are up against the wall. Currently CLG lacks this, but the organization finally has the proper building blocks in place to create a future Golden Age.