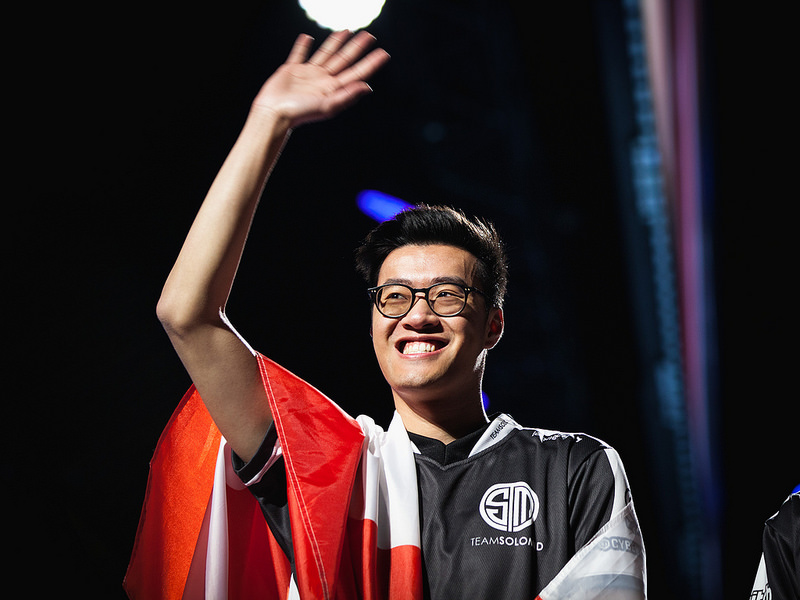 After returning to the team five months ago, Jason “WildTurtle” Tran has left TSM to join FlyQuest, the organization announced Thursday night.

Following Immortals’ postseason collapse at the end of 2016, WildTurtle rejoined his old team in TSM, which was missing an AD carry at the time due to Yiliang “Doublelift” Peng’s decision to take a break from competing.

Despite the roster change, TSM managed to end the 2017 Spring Split in first place, beating Cloud9 in a close NA LCS final.

Days after TSM’s NA LCS crowning, Doublelift returned to the roster. With two AD carries on the team, TSM announced that it would be fielding a six man roster for the 2017 Summer Split.

WildTurtle desired a full-time starting position in the LCS, and instead of competing against Doublelift, he decided to join FlyQuest earlier tonight.

Having already played with three of the five members of FlyQuest in 2012 on Quantic Gaming, this move will be a reunion of sorts for WildTurtle.

TSM is still adamant about fielding a six man roster, and the organization has started their search for a second AD carry to replace WildTurtle.

It is unclear at this time whether Johnny “Altec” Ru, FlyQuest’s current AD carry, will remain on the team as a substitute.

You can watch WildTurtle’s FlyQuest debut on Saturday, June 3 when the team plays against Echo Fox in their first match of the 2017 Summer Split.