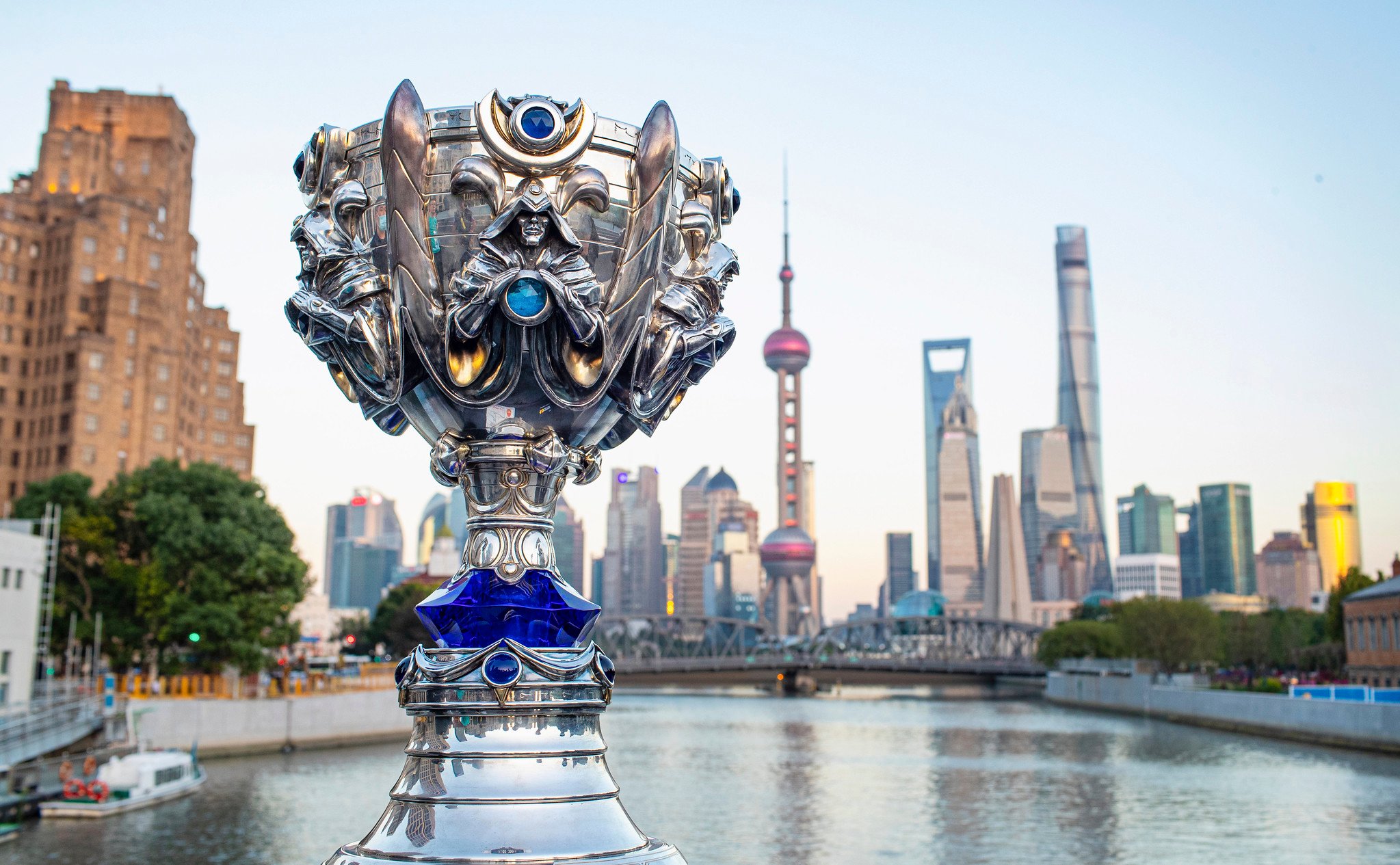 North American League of Legends has a problem with cultivating its own talent. That fact is undeniable, notorious, and historically (depending on who you talk to) the LCS’ greatest flaw.

In a region famous for international underperformance, the solution for LCS organizations has often been “if you can’t beat ‘em, buy ‘em.” The issue of importing talent came to a head last week after the discussion of the two import slots per team ruling came up in the LCS’ annual press conference. Senior management of every LCS organization spoke in favor of removing the import rule, according to reports by Travis Gafford. Their rationales varied, but the overall message was universal: North America is losing interest in developing homegrown talent.

There’s little understanding of what competitive League would look like without import restrictions. These rules have existed for as long as League has. But fans need to look no further than the Overwatch League to see how damning a lack of regional identity can be for the growth of an esport. The OWL has existed without import restrictions since its opening year and could offer a keyhole view into the future LCS owners want for their league—and for the rest of the world.

But before we look to the future, we must remember the past. Where did the North American love affair with imported talent truly begin?

The timeline of the LCS’ issues is a long and convoluted one, and to pinpoint the moment when the region began to lose interest in growing its own talent would be challenging at best. But there’s a much clearer point on that timeline: the moment in which North America realized the true potential of its import slots and the power of cherry-picking a roster of the highest performers across multiple regions. That lightbulb, that spark of inspiration, was the 2019 Mid-Season Invitational.

MSI 2019 will go down in history as one of the most surprising tournaments in League history. Representatives from across the competitive world of League came together in Ho Chi Minh City, Vietnam to battle it out in the tournament’s group stage for the honor of being crowned MSI champions. But unbeknownst to these teams, they were about to witness a historic moment in League history.

That MSI was the first international League tournament since season one Worlds in 2011 to feature an all-Western final. The LCS’ Team Liquid pulled off one of the most surprising upsets of all time, taking down reigning world champions Invictus Gaming to face the LEC’s G2 Esports in the 2019 MSI finals. It was the first time in the esport a North American team had reached an international final in three years—and two of the team’s key players were ex-world champions hailing from the LCK.

Could Liquid have taken North America to its first international final since 2016 without the assistance of imported talent? It’s hard to say, but CoreJJ and Impact were by far the most talented in their roles at the time and there was simply no homegrown player who could have replaced them. Although times have changed and that roster has broken apart, its effects are still being felt to this day.

With some of the highest-paid players in League, North America’s million-dollar contracts have attracted players from the LCK, LPL, and LEC for salaries they could only dream of in their home regions. Earlier this year, LPL support SwordArt joined TSM for a record-breaking $6-million contract, the highest on record for a League professional playing in North America.

The international trade of imported players has been a cornerstone of competitive League since the earliest days of the esport. As with almost all competitive sports, there are strict guidelines that regulate the number of non-resident players allowed to play on any team at any given time. But in recent years, teams across the world have started to leave their import slots open, opting instead for homegrown talent cultivated through amateur leagues and academy programs.

The future of those academy leagues is made all the more uncertain when freedom of movement across the major regions of League becomes the norm. The growth of young talent could be all but halted, with even less of a guarantee that those young players will ever be able to enter the big leagues.

While LCS owners spur on the discussion of a change that would alter the course of competitive League’s future, the rest of the world need only look to the Overwatch League to see what a restriction-free league would look like. And the future is far from bright.

What can the LCS learn from professional Overwatch?

The Overwatch League has existed without import rules since it began in 2018. The league’s competitive regions were divided into Atlantic and Pacific, and players were free to move between regions to join teams as they pleased. The league’s franchising model meant all teams were named after individual locations—London Spitfire, Paris Eternal, San Francisco Shock—yet the ties of the teams to their named cities were often completely nonexistent.

Teams in Overwatch tend to be single-language simply for ease of communication, but regional identity within the esport is almost completely nonexistent. Dallas Fuel is now an all-Korean team, despite the American nomenclature, after an almost three-year run of underperformance led to the organization going for a total offseason restructuring. The location in a team’s name invariably has nothing to do with the nationality of the players. It’s just a way to inject a sense of regional pride that has proved almost universally unsuccessful.

This lack of true regional identity has led to an interesting phenomenon in the esport that League has yet to truly see. Fans tend to support players, not teams, and they’ll follow their favorite players to whichever organization they end up on. The lack of any kind of restrictions on roster building means that organizations will often go for complete rebuilds in the offseason rather than attempting to build a cohesive brand with a few key players. And fans are never truly given the time to love and support a roster before it gets blown up and players are scattered far and wide.

But what would this look like in League? Can we project the future that North American organizations are asking for?

One of the key distinctions between the Overwatch League and the competitive circuit of League is, without a doubt, regional identity. League fandom is built for cheering on your region. You’re not a G2 fan, or an SKT fan, or a TSM fan when Worlds rolls around—you’re an LEC fan, an LCK fan, or an LCS fan.

The recent move of Perkz from Europe to North America is perhaps the clearest example of this phenomenon. Cloud9 fans became Perkz fans because he was representing their organization and their region. G2 fans didn’t suddenly abandon G2 because their favorite player was no longer a part of the roster. Although there was a little fallout, fan demographics don’t tend to change with the movement of players.

Rules mandating homegrown players means that teams have less choice when it comes to building their rosters, so complete roster reshuffles are significantly less common. Fans are much more likely to stick with their team rather than with an individual player. Liquid didn’t suddenly lose its entire fan base after that infamous 2019 roster let go of Doublelift and Xmithie, two of its most iconic players. Fans stayed around for the arrival of a new mid laner and jungler and continued to support the team even when its results started a downhill trajectory.

But where does this fandom go if suddenly teams are able to acquire any player their heart desires? Is TSM still TSM, the all-American esports heroes, if their entire roster is lifted straight from the Korean Challenger Series? The distinction between blatant xenophobia and regional pride is, of course, an important one. But in an esport defined by international rivalry, what does a future without borders look like?

More importantly, for the organizations themselves, what does the future look like when you no longer have your regional identity to use as a marketing tool? Overwatch has long suffered from a lack of fan support for organizations rather than players.

Many Overwatch teams have learned to market around that fact, but it took nearly three years of trial and error to find that niche, and League doesn’t have that kind of time to spare. Having fans support specific players rather than organizations means orgs will lose a huge amount of their viewer base every time they make a roster move. For an industry that still struggles to turn a meaningful profit, this kind of volatility is untenable.

What does the future hold?

The Overwatch League is sitting in a financial bubble that’s taken hit after hit from COVID-19, talent departures, and competing esports titles. After undergoing a massive expansion in 2019, in which league spots were sold for up to $60 million, according to ESPN, the esport has a difficult task at hand to provide value to the organizations that bought into such an expensive ecosystem.

For that level of investment, organizations don’t have the luxury of sticking with an underperforming roster to wait for better results. Changes come fast, and obsolescence comes faster if players aren’t able to maintain their form, leaving Overwatch with an above-average turnover rate. The volatility that comes from a lack of regulation means many players are choosing to look to other esports—where the pool of talent is smaller and they are less easily replaceable.

League could go the same way if import restrictions were to be changed. What would be the point in a North American player grinding through the amateur scene to make it in the LCS when they know they’ll be competing with players from every region in the world?

Despite the assertions from numerous organizations that they want import regulations lifted to facilitate growth in minor regions, there’s an incredibly high chance that North America would immediately be filled with Korean, European, and Chinese players. Homegrown development would be almost completely halted and the other three major regions would suffer greatly for being unable to compete with the exorbitant salaries North America has proven it can offer.

North America’s problem isn’t the inability to import more players, it’s the inability to look to a future in which amateur and academy structures truly pay off. This year’s LCS has seen more homegrown rookies than ever, many of whom are performing way above expectations. The issue is that the region isn’t willing to give these rookies time. NA has spent so long at the bottom of the international food chain that it’ll do anything for a quick fix. But that quick fix could be the beginning of the destabilization of global League—and if you want proof of that, look no further than the Overwatch League.