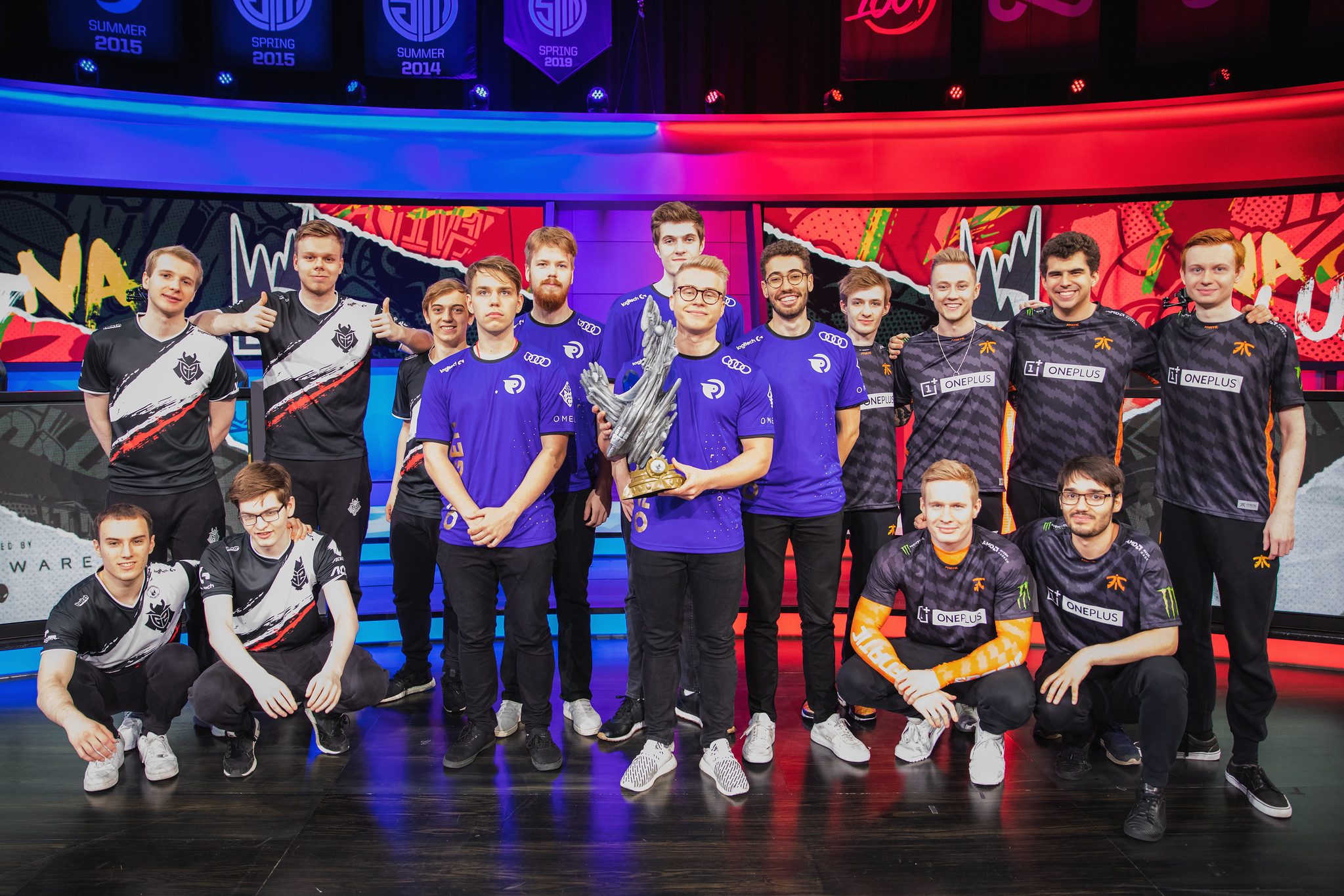 In the wake of the coronavirus outbreak that has placed a hold on the entire esports world, Riot Games made the decision to not only move this year’s Mid-Season Invitational to July, but to also discontinue their yearly Rift Rivals tournament.

And although losing one of the few international League of Legends tournaments is unfortunate, fans shouldn’t be too sad about this news. In fact, we should be happy—with Rift Rivals getting removed, Riot can start to work on a different event that could actually have meaning behind it.

International events are supposed to be some of the biggest spectacles on the competitive League calendar, and yet Rift Rivals was taken less seriously than the All-Star event. Various pros and coaches have even voiced their distaste for the event in multiple interviews following the tournament, like G2 Esports’ star mid laner Perkz, who said that Rift Rivals “doesn’t have a place in such a stacked season” last year.

Here’s why Rift Rivals wasn’t the international competition that people envisioned it to be.

Fighting for a paper crown

Besides a pretty insignificant prize pool, what are teams really playing for at Rift Rivals? Teams aren’t getting any championship points for performing well at the tournament, and the downsides for the teams that need to travel heavily outweigh the upsides.

For example, the visiting teams for the NA vs. EU tournament are forced to fly for almost eight or nine hours to play in a three-day tournament just to get bragging rights for their region. Let’s be honest: no matter the outcome between the LEC and LCS representatives, pride would never be justified as a sufficient reward for the teams involved.

Teams in the East from the LCK and LPL might not have to travel so far and for so long, but the base argument remains: Why are teams taking the time to play out an international event that ultimately provides nothing to your quest for Worlds that season?

Many players and coaches have already voiced their disapproval around Rift Rivals. Veteran names like LEC support Mithy, LCS jungler Xmithie, and Origin head coach André Guilhoto have echoed similar complaints about the event in an interview after last year’s Rift Rivals, and those opinions have probably stayed the same.

Even if they were to add a more substantial prize pool to the event—which some fans suggested they do—it doesn’t feel like it would make things seem more appealing to the pros taking the time out of their schedules. Why play out a tournament that gives nothing and means nothing in the long run?

Rift Rivals’ horrible timing within the League esports calendar is another reason why so many pros had such a negative opinion of the event. How would an international tournament in the middle of the Summer Split have ever been a good move?

For each region’s top teams, this tournament is actually a hindrance to their progress over the Summer Split, since it forces them to change their schedules for practices, scrims, and rest. Again, Western teams also get the brunt of this change, since they need to travel such a long way—jet lag actually becomes a real issue as a result, pointed out by then-Fnatic mid laner, Caps during 2019.

As such, each visiting top team is a little bit worse for wear once they come back to play in their own regular season. European teams won’t be breaking out any new strategies against NA teams—since they don’t really need to put too much effort to win—and they don’t want to reveal any special strategies they have in their bags of tricks. It’s practically a waste of time and pulls away from their efforts to train for the postseason.

If Rift Rivals is held in Europe, NA teams will get to play in a much-improved EU solo queue environment, but they still won’t really get meaningful practice on-stage and in scrims, since their opponents are probably putting in less than 100 percent effort.

The timing doesn’t make sense for some the best teams in the world, who are preparing for Summer playoffs and Worlds. This tournament is just really hard to sell to any of the top teams and players gearing up for more important events.

Everyone loves international competition, but it’s really hard to find a proper place for it in the year. MSI and Worlds are the only true events that people genuinely care about, but if Riot really wants to create an international event that players and fans can enjoy, maybe they should consider reworking the All-Star event.

With the right changes, All-Stars could become something that has it all for fans and pros looking for international competition. The three-day event could stay fun and free, while also becoming competitive. It might not be completely serious as a tournament, but with the right incentive, we could see some heated rivalries rise up again—which is what Rift Rivals was supposed to do.

A majority of the League community agreed that the 2019 All-Star event was relatively disappointing for a lot of fans since Riot introduced a bunch of non-League and non-pro elements, including full-on Teamfight Tactics tournaments and a ton of streamers and other content creators.

It’s understandable to want to place a spotlight on popular League content creators and streamers, since they do so much to help push the game. But if fans really wanted to see these people play, they could tune into the various Twitch Rivals events that occur throughout the year. The All-Star event, however, is supposed to celebrate the best pro players in the world, so the focus should remain on them alone.

Riot could maybe add an extra day to feature more “for fun” events where League personalities and content creators can be included, but it should be very clear what the main attraction is throughout the weekend.

To help keep the tournament stay fun but competitive, Riot could take inspiration from the NBA’s recent changes to their own All-Star Game. For example, the players with the most votes in their region could become captains for a set amount of mixed teams. Those captains could then draft their own superteam from the 60 or so All-Stars that were chosen to represent their specific regions.

Afterward, each mixed team could represent a certain charitable organization, like ExtraLife or St. Jude’s Children’s Hospital. They could all play out games in various game modes, like a straight tournament-style match, One for All, ARURF, and 1v1s. Each win will donate a certain amount of money to the winning team’s charity.

To keep the fans involved, Riot could introduce new team-based skins, emotes, and taunts to the in-client store—all the proceeds would go to the various charities as well.

There are still some other details that will probably need to be ironed out, but by providing a noble reason for every pro to play, competition should still stay red-hot but enjoyable for the competitors and audience alike.