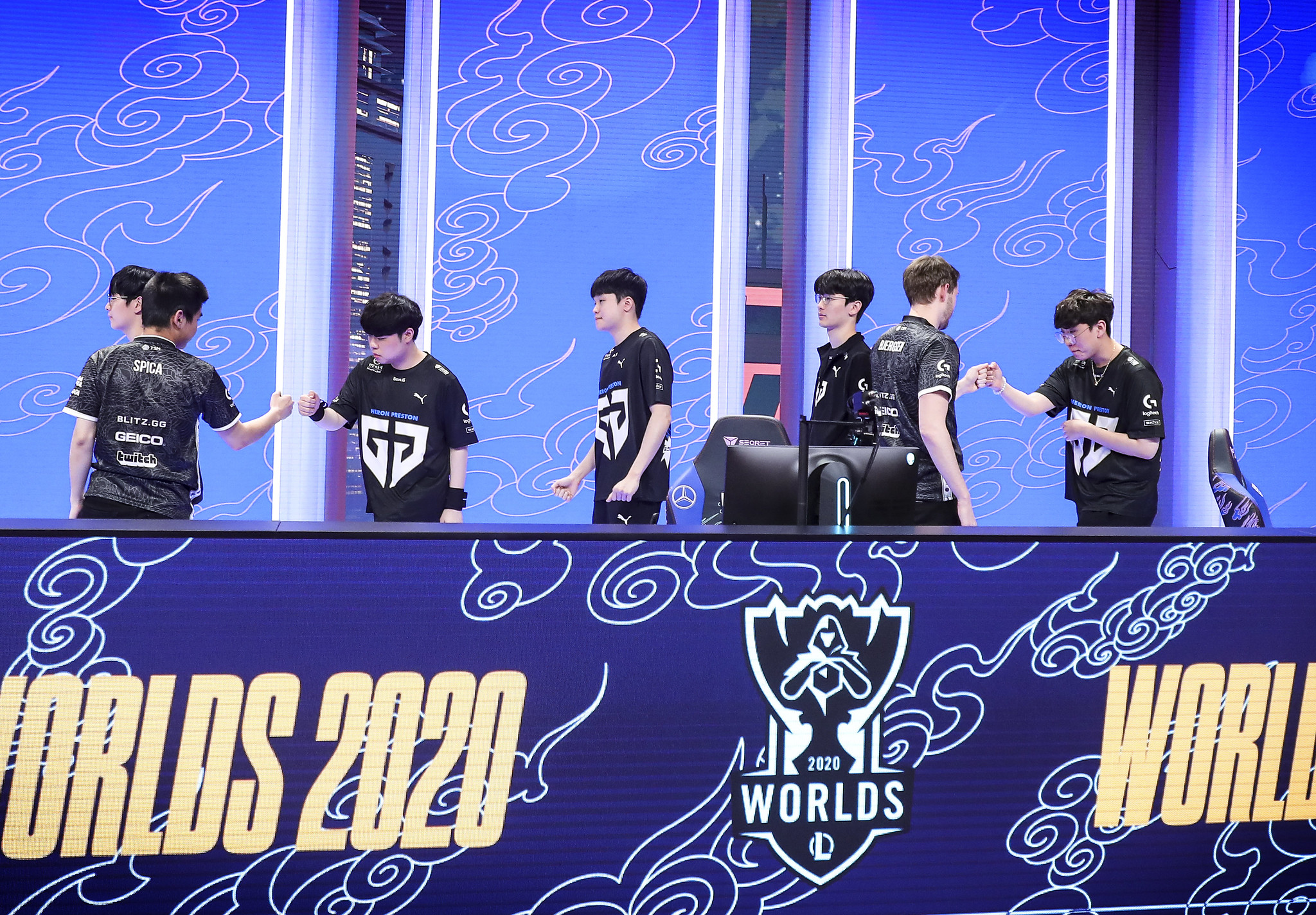 Come Worlds season, it’s easy to bag on the LCS. After all, North America has never actually won Worlds to prove itself as the best region in the world. Every other major region, including the now-defunct LMS, has a Summoner’s Cup.

And that won’t change in 2020 after all three NA League of Legends teams were eliminated before the knockout round.

But for some reason, the criticism went up a level this year. Reading feedback on Reddit and social media, Worlds felt like a game of Among Us where the NA teams were imposters, sabotaging the quality of play from the teams from Europe, Korea, and China that actually deserved to be there.

Nothing could be further from the truth. After what feels like years of collective failure at international events, criticism is easy and at times, well warranted. Throughout the year, pundits and fans have complained about nearly everything, from the region’s talent pool to the solo queue environment and even the production quality of the remote COVID-safe broadcast.

There’s truth in a lot of that criticism and it’s more apparent than ever before that LCS teams just aren’t as good as those from other regions. But it also belies the strides the region has made and hides what makes the LCS truly valuable.

The first thing to remember about Worlds 2020 is that this is a year unlike any other in the history of professional sports. That’s not an excuse for anybody, and 2020 titles don’t come with asterisks. But it’s unfair to just label this as another year in a sad history of NA sucking at Worlds.

Teams all over the world struggled to grow and evolve this year as COVID-19 halted competition and had many coaches scrambling back to the drawing board. Cloud9 and T1 dominated in the spring, yet failed to improve upon their respective domestic championships and ultimately missed Worlds entirely. Mad Lions in EU did make the tournament, but they arrived in Shanghai a shell of themselves, sapped by unfriendly meta changes and an inability to keep up in draft.

The teams that kept chugging along were, for the most part, established EU squads like G2 and Fnatic, who made few changes from last year, and Chinese teams like JDG and TES who have spent years developing unique playstyles and were already on the cusp of dominance. The remaining Korean team, Damwon, has a top-three trio who could each be considered the best in the world and have played together for a while.

Compare that to the three NA squads—FlyQuest, Team Liquid, and TSM—who each made major roster moves before and even during the season in a bid to gear up for Worlds. These teams knew going into 2020 they weren’t quite up to snuff, tried to fix it, and couldn’t get their new rosters into gear.

Would another six months of playing together made a difference for those three? Not in terms of their ability to win Worlds—there’s still an undeniable talent gap. But they could have found better ways to play together as a team, which would have left a much better impression on the region, regardless of result.

Speaking of results, the combined 6-12 record of LCS teams in the group stage was mostly sunk by TSM’s colossal 0-6 streak. But setting that aside, NA actually had a really good tournament.

Liquid had the best showing, going 3-3 and beating every team in their group. That included victories over G2, a pre-tournament favorite, and Suning, an LPL team that’s still alive in the semifinals. Sure, they lost to Machi, ruining their chance at a tiebreak to get out of the group stage, but we’re long past the point where we think that teams from the Pacific and Vietnamese region can’t play with the big boys. There’s no shame to lose to a Machi team playing a totally broken champion in Ornn.

FlyQuest, the Spring Split runners-up, also had a good run, beating Unicorns of Love twice and earning a surprise victory against Top Esports, another team expected to seriously compete for the title.

ADC WildTurtle, who took a few games off at one point this year, got an early kill on a coordinated invade and then smashed his lane opponent, JackeyLove, a world champion and who completely turned TES’ fortunes around after joining earlier in the year.

But then there’s TSM and that winless record. Frankly, we’re not sure what NA fans want out of the boys in black and white. They played in a group with Clid, Selfmade, and Peanut as the opposing junglers. In high-level games where the lanes are even, outcomes are usually based on jungle difference because that position has the most agency on the map. TSM’s Spica had moments, but he’s still a rookie going up against arguably three of the top five junglers in the world. It just wasn’t a fair fight.

And he acquitted himself well! He had a couple good games on the likes of Nidalee and Lilia, aggressive in-your-face type junglers. In one of TSM’s better games, he ran into the enemy support Pantheon invading and was forced off his camps. That’s just unlucky. In another, Gen.G’s Ruler pressed Ezreal’s secret “take over the game” button. Some players have that option, it just didn’t exist for TSM.

The reality is, if China and Europe are going to get four seeds to the tournament with Korea retaining its three, it’s going to be very difficult to see an NA squad make it out of groups. This year, a talented EU squad in Mad Lions didn’t even make it out of Play-Ins, while another, Rogue, couldn’t overcome its top lane problems and won just a single game in the main event. It’s gotten harder to progress at Worlds.

Maybe that’s a good thing, but it also makes it really hard on the teams from NA. A lot of the criticisms are true: the player pool is small and the ping is bad. But we’ve also seen really talented teams from the region get legitimate shots and capitalize, like Liquid at MSI 2019 or Cloud9 at Worlds the year before. For all the success European powerhouses like G2 and Fnatic have had over the years, NA still has just one fewer title than EU as a whole.

In a single-elimination format where only eight teams make it to knockouts, there will be more years where no NA team gets to that stage. In most of those years, NA will have shots at MSI, where the seeding is radically different. It really is a shame we never got to see a dominant Cloud9 squad compete at that event, and will never even see that same team again.

But to say the whole region is trash because teams from China are better and G2 has played together for years is absurd. North American League isn’t everyone’s cup of tea. There are real issues with the level of play, and we’ve identified major problems with each of the three 2020 Worlds participants at various points this year.

But they’re also a hell of a lot of fun to watch. And for those that live in the region, the LCS is our league. The myth there’s only one good region that’s worth watching has long been killed. League fans can—and should—enjoy NA for what it is, not some misguided idea of what it should be. And this year, once again, they proved they belonged at Worlds. They didn’t fake it—those were real wins they put on the board for NA.

We wanted more from FlyQuest, Liquid, and TSM this year. It was disappointing to see them lose. But none of them are disappointments.