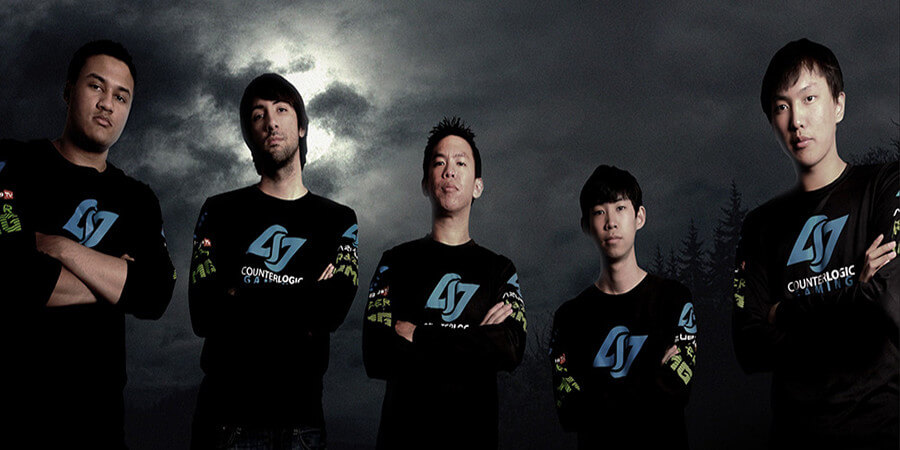 With the recent abysmal performance by Counter Logic Gaming in the LCS spring playoffs some members of the League of Legends community have started questioning the abilities of the team’s roster. In recent years we’ve seen CLG fans demanding a roster change each time they perceive a new player to be weak. Just as the fans always seem to be complaining, the organization  always makes a change in the off season leading them to go  through a large turnaround of players. But this time things seem different, it appears like CLG will not be making a roster change despite the mediocrity of Link and Xmithie’s performances. So what are some possible reasons for CLG’s reluctance? I may not be a mind reader but I can try my best to see things from the various perspectives of CLG’s staff.

It’s no coincidence that CLG has become synonymous with  bizarre roster moves. A few of these strange incidents include HotshotGG, Chauster and Bigfatjiji to jungle, Locodoco from ADC to support, and picking up an untested amateur Korean player in Seraph. The structure of CLG has changed significantly since these incidents occurred, Scarra is now the head coach and he presumably has the final say on the roster. Could it be possible that he doesn’t want to repeat CLG’s past and accidentally make a roster change that will be detrimental to his new team?

Last season CLG had plenty of opportunities to succeed. They finally had a real jungler and the team’s play style was coming together underneath former coach MonteCristo. Although we can never be sure what exactly went on behind closed doors it’s clear that the team suffered many problems outside of the game. Based on pieces of information from various sources, videos, former player testimonies and MonteCristo’s thoughts on the team, it can be said that there was fragmentation and barriers between the players. Due to this being sung as their downfall it’s no surprise that the team tried to change that going into this season.

When creating the current iteration of CLG’s roster it can be observed that the team attempted to emulate Cloud9, believing that friendship can mend the broken CLG environment. From the limited exposure we’ve seen this appears to have been effective, the environment looks like it is no longer what some would call “toxic”. A prime example of this is the recent showcasing of CLG playing ranked 5s, something that would have never happened in the previous roster (Dexter couldn’t even get Link to duo with him). So how does this desire for a friendly environment tie into a lack of roster changes? The team may believe that through a strong brotherhood they can overcome their problems and find new success causing them to not make changes.

Another idea that is entrenched within the identity of CLG is the concept of “potential”. Ignoring the often argued debate about what potential actually means in this context, it is important to view how it falls into the current climate of the team. As previously stated the team may believe that they can work through the problems they currently face. Link and Xmithie, the two weaker CLG players, are often credited with having potential. For years Link was heralded as the young up and comer who will one day snatch the crown of mid while we have been constantly reminded about how good Xmithie was in season three and how he could potentially return to that high. Many people think that all this talk is meaningless, that the poor results speak for themselves. However it is not our opinion that really matters in CLG’s roster changes, the team still thinks that these players have the potential to succeed.

Maybe the Players Aren’t the Problem

Following the disappointing series against Team Liquid several LoL analysts and coaches have voiced  their distaste for CLG’s picks and bans. If these outside sources can easily see the flaws there is no doubt in my mind that the staff of CLG can as well. I’m not suggesting that the players are blameless and it all falls on the staff, merely pointing out that the coach and analyst may be down on themselves. If the staff thinks that through better preparation and strategy they can win with the current roster, why would they want to make a change? The team performed relatively well at the beginning of the split when teams were even in their preparation and understanding of the meta, if CLG upped their performance outside of gameplay then perhaps the current roster can perform well.

As I already said I’m obviously not a mind reader, merely attempting to look at the team from the perspective of those who have the power to change the roster. Maybe I’m wrong and CLG will make a change, however I trust the judgement of those who are closest to the team and believe that they’ll make the right decisions preparing for next split.