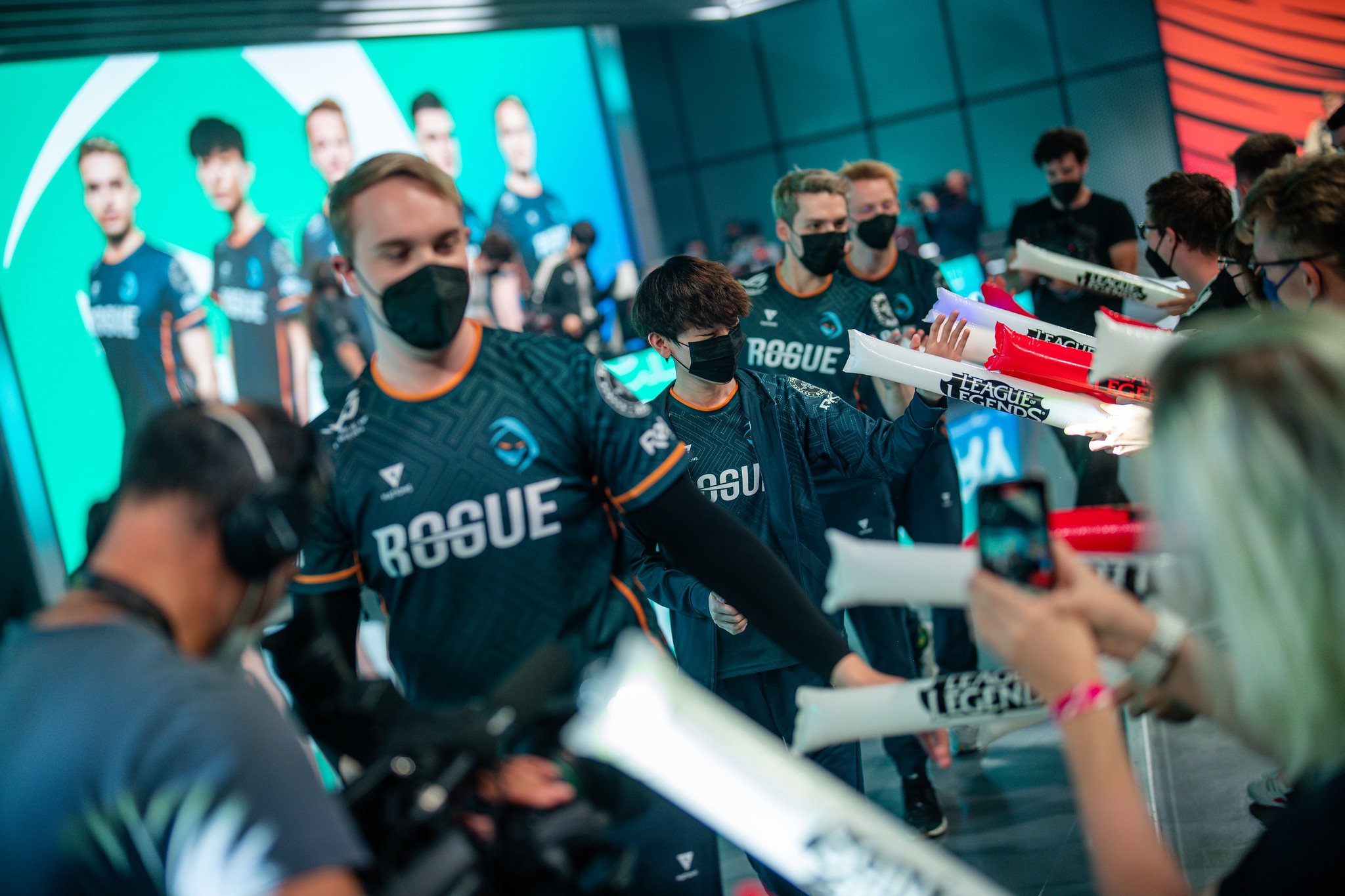 Two of the best League of Legends teams in Europe clashed in week five of the 2022 LEC Summer Split, with Rogue looking to continue their winning streak against Fnatic. The boys in orange, on the other hand, were searching for another huge win to push themselves into the race for the top of the regular season standings. Only Rogue managed to stand tall at the end of the day, though.

Throughout the match, Fnatic and Rogue were able to dish out equal blows with multiple teamfights and skirmishes. Whether it was Razork running down bottom lane to help enable Upset or Malrang sending a gank into the middle lane to kickstart Larssen’s late-game power fantasy on Azir, both squads refused to give any ground.

Heading into the later stages of the match, both Fnatic and Rogue had to lean on their late-game carries to succeed, along with the perfect engage from their own respective tanks. Upset’s Aphelios and Humanoid’s Corki had plenty of poke and teamfight damage, but it always felt like Malrang engaged at the right moment to allow Larssen to pop off with Azir’s Sand Soldiers.

Eventually, a clutch Baron steal from Malrang would give Rogue enough of a lead to snowball their power into the winners’ circle. Fnatic tried as hard as they could, but they couldn’t find a clean angle of attack against Rogue’s perfect teamfight positioning.

This win represents the eighth victory in a row for Rogue since the start of the season. They sit alone at the top of the regular season standings with an 8-2 record, with the rest of the league chasing behind. Fnatic is now floating in the middle of the pack with a 5-5 record, although they’ve shown they have the strength to battle against the best.