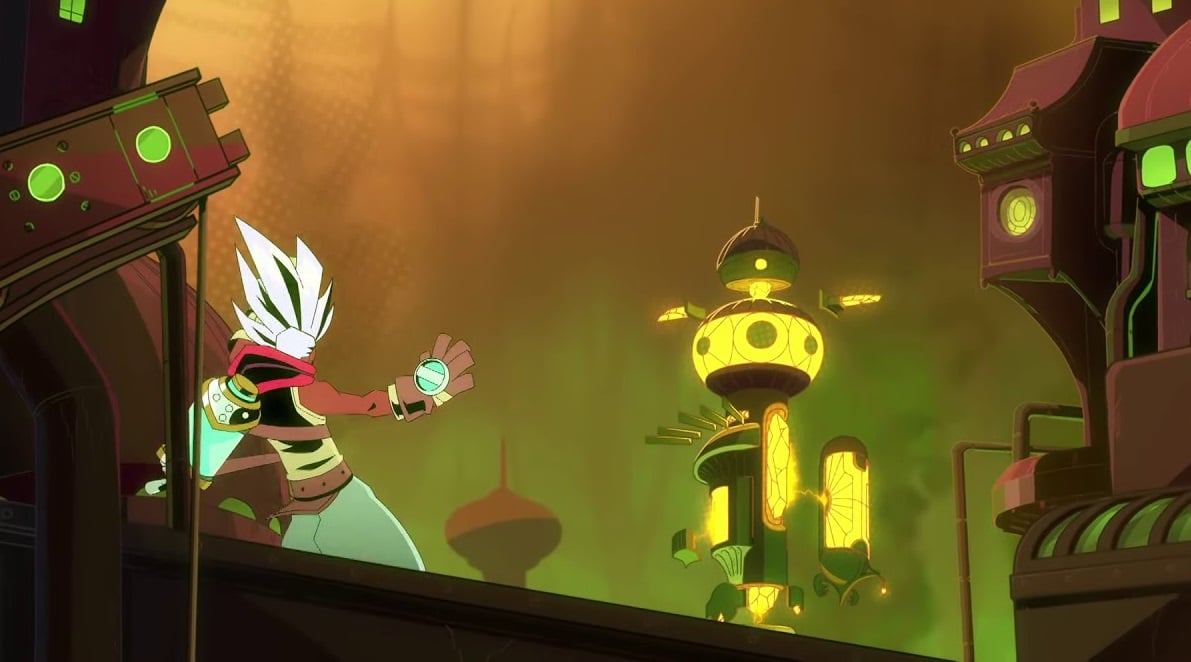 League of Legends is going to be far from its own game next year. Soon after Riot Games announced Riot Forge, a department that will be publishing League titles made by other developers, fans were excited to find out which new League games they’ll be able to play soon.

At this year’s annual The Game Awards, Riot Forge revealed CONV/RGENCE: A League of Legends Story. An action-platformer game developed by Double Stallion, the developer of Speed Brawl and Big Action Mega Fight!, is coming as an in-depth expansion to League’s lore. Lovers of platformers will enjoy exploring League’s world as Ekko once CONV/RGENCE is released.

What does CONV/RGENCE have to do with League?

CONV/RGENCE isn’t a title developed by Riot nor is it an addition to League. It’s its own game with its own gameplay, art style, and a different genre. But it heavily relies on League. The main character of the game is Ekko, and just like on Summoner’s Rift, he’ll be manipulating time. It’s unclear what the gameplay will look like, but rewind seems to be one of the powers Ekko will be using.

Players will explore the worlds of Piltover and Zaun following the story of Ekko, a young inventor who likes playing with time but also has to face the consequences of doing so. Ekko will likely be meeting and fighting against other League champions from the region, including Caitlyn, Orianna, Jinx, and Dr. Mundo.

Ekko belongs to Zaun, a district that lays beneath Piltover. It’s a dark place, but one that thrives with life thanks to its black markets and hextech inventors. In the new game, Ekko will be using his own invention, Z-Drive, to manipulate time in a way that will bring better outcomes for him and his friends, especially against Piltover’s ruling.

When is the game releasing?

CONV/RGENCE already has an official website. But so far, it doesn’t show too much information aside from the trailer and related stories from League’s universe. Players can, however, use it to sign up for related news.

A release date isn’t shown and there haven’t been any hints of a specific timeframe. Since CONV/RGENCE was announced at this year’s The Game Awards, it’s expected to be in late development and become available later in 2020.

This article will be updated when a release date is announced.