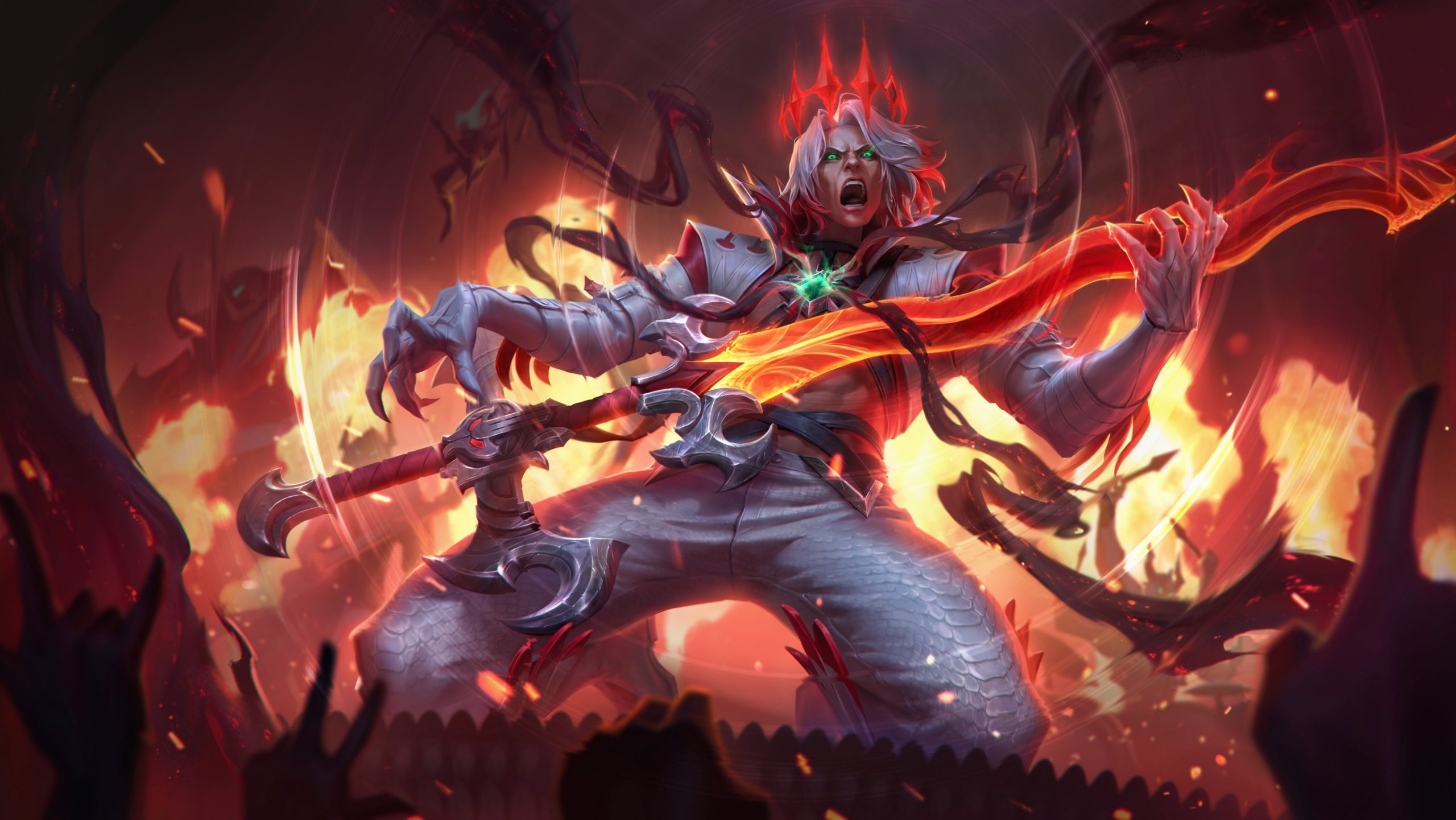 Riot Games revealed several visual updates today that are coming to the Pentakill skin line in League of Legends. The skins are now available to test on the League PBE.

The six skins in the Pentakill skin line have been in the game for the better part of 11 years, so Riot took the plunge and orchestrated wide-ranging visual changes to each of them, modernizing their look and making them all fit in better with the current aesthetics of League. To further modernize Pentakill, Riot added a new skin for Viego, one of the game’s latest champions, to the band’s lineup.

When will the new Pentakill skins hit the live servers?

With League Patch 11.18 currently available for testing on the game’s PBE, it’s reasonable to imagine that the Pentakill skins will be launched with or near the release of Patch 11.18 on Sept. 9. As further evidence, Riot is releasing the latest Pentakill album, Lost Chapter, on streaming services on Sept. 8. It’s almost a given that the skins will hit the live servers around that date if Riot’s marketing strategy is consistent.

In theory, one could purchase the Pentakill skins in the in-client shop right now and sit on them until the visual update to the skins are released in a few weeks. As an alternative, one could wait until the visual updates hit the live servers and then pull the trigger on a purchase. Regardless of your approach, though, you won’t be able to see the updated Pentakill skins in your collection until they actually go live.