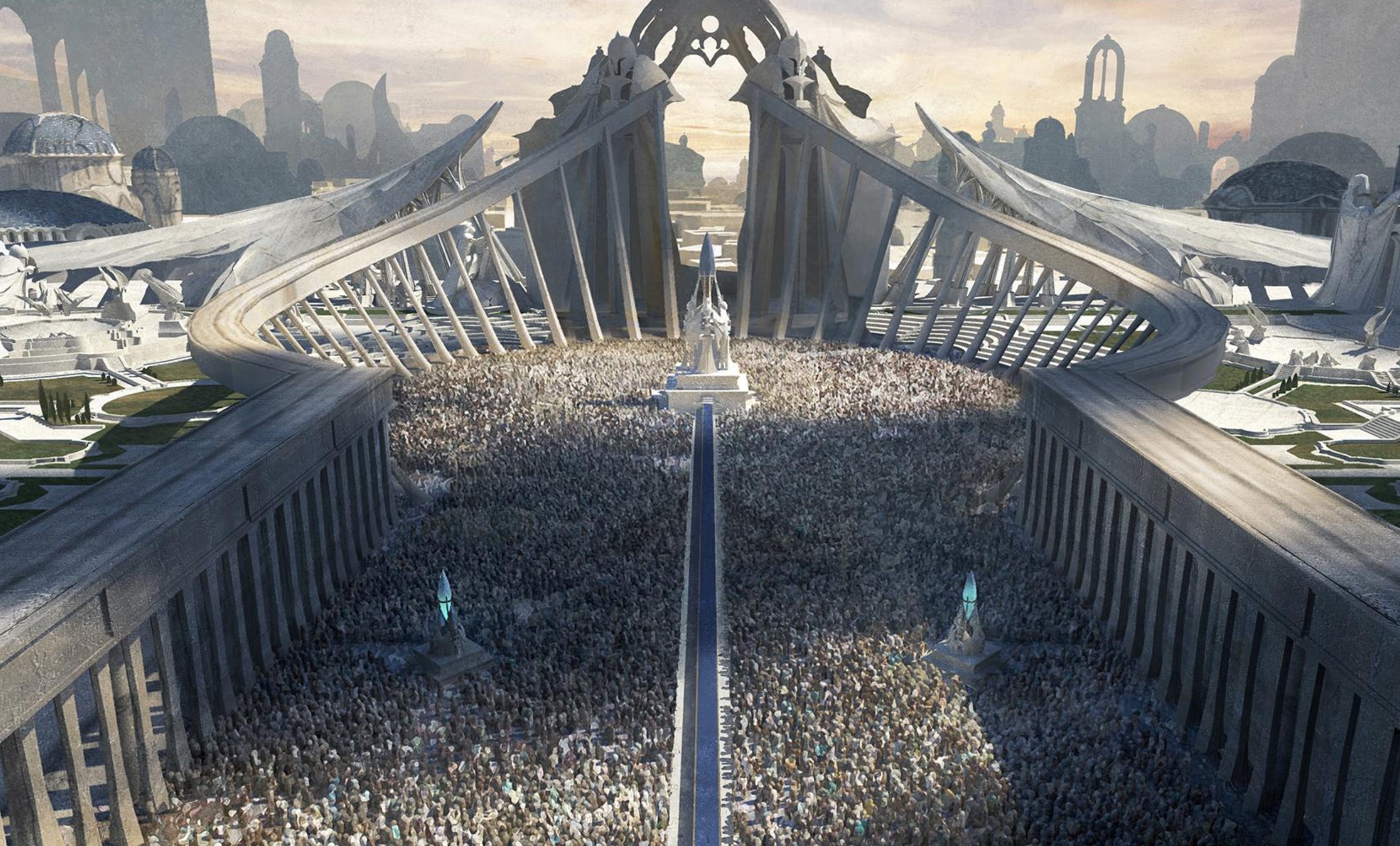 Runeterra, the home of all lore in the League of Legends universe, is a divided continent. Thirteen separate nations all look to survive and progress through the continent’s ever-changing structure and landscape. And while some regions are more prominent in the game’s story than others, each nation of Runeterra has its place in the League universe as a whole.

From the nations with a strong emphasis on militarism and expansion to those that simply seek to live in their own corner of the universe, here are the 13 regions of Runeterra and how they each fit into the story and lore of League.

The crown jewel of Runeterra, Demacia is known for its regal and prestigious history. A nation of strict laws and rampant militarism, Demacia has always placed honor and justice above all else. But the proud nation of Demacia has experienced turmoil and unrest as of late. In recent times, Demacia has struggled with an internal revolution led by notorious mage hunter Sylas, while the noble families of the kingdom have refused to appoint Prince Jarvan IV to the throne. With more political change coming to Runeterra than ever before, the stalwart nation of Demacia will need to solve its infighting and adapt to a changing world before it’s too late.

One of Runeterra’s most powerful empires, Noxus is a war-hungry, brutal, and imperialistic nation seeking to expand its borders through unparalleled conquest. But to those within the empire, Noxus is a place of power where all citizens may rise to glory through their merit and talent alone. Noxians value strength, glory, and raw ability, and those who seek it out the most will be viewed through a positive lens within the borders of the nation.

A land of peace and majesty, Ionia is a largely isolationist nation that strives for balance in all things. But when Noxus attacked Ionia 12 years ago, that balance was disrupted greatly. Now, as the lands of Ionia live in a state of contested peace, several factions within the region are presenting conflicting viewpoints regarding Ionia’s future. The Kinkou Order, led by Shen and Akali, strives to return to Ionia’s peaceful and pacifist tendencies, while the Shadow Order, led by notorious traitor and assassin Zed, seeks to turn Ionia into a militaristic state that can enact vengeance upon Noxus and all those who would seek to harm the sacred lands of Ionia.

The bastion of creation and invention on Runeterra, Piltover is home to all things technological and advancement-focused. Its denizens include some of the finest minds that the continent has to offer. While it might not sport the same level of military might as other nations of Runeterra, Piltover more than makes up for that by boasting a booming economy to go along with its natural cultural growth.

Beneath the charm of Piltover lies its dark, open secret: Zaun. The city of Zaun sits in the natural valleys and canyons underneath Piltover and serves as a mirror to Runeterra’s capital of progress. That same desire to experiment and progress as a society is present in Zaun, just as it is in Piltover. But in the darkened city below, restrictions on what can and can’t be done are practically nonexistent. Unchecked technological advancement often yields volatile consequences in Zaun, making the city as a whole dangerous and unwelcome to the average, uninitiated citizen.

Bandle City is home to Runeterra’s Yordles. The city itself exists beyond the material plane and has only been seen by a few pairs of mortal eyes. The only way to reach Bandle City is to find ever-shifting portals deep within Runeterra’s wilderness and perform a certain set of tasks and movements to gain entry. And even then, the visions that lie beyond the material world are deceptive to the foreign, untrained eye.

The frozen tundra of the Freljord is a cruel, broken place. There, warring tribes battle for survival and power among the bitter, never-ending winter. While the ruling Avarosan tribe, led by Ashe, strives for unity and peace, the Winter’s Claw, led by Sejuani, seeks to conquer the Freljord through war and bloodlust. Meanwhile, in the shadows, the mysterious Frostguard, led by Lissandra, aims to bury Freljord—and eventually all of Runeterra—in ice.

Mount Targon is the highest peak in all of Runeterra and those who climb it are usually seeking wisdom or imbued knowledge from the stars. The climb to the top of Mount Targon has been noted to be near-impossible, but the small collection of mortals who have reached the apex rarely speak of what they saw. While some return to the bottom of the mountain with a hollow look in their eyes, others, such as the former Demacian officer Taric, become imbued with the power of the stars themselves.

A magical calamity doomed the Shadow Isles to an eternity of suffering when the barrier between the Material Realm and the Spirit World was permanently broken. In present times, the harrowing Black Mist spills from the Shadow Isles, and those who dare to enter the Mist will soon find themselves choking on its magical curse. The restless dead spirits of the Shadow Isles thrive in the Mist, and as it expands throughout Runeterra, the most powerful spirits are finding ways to cause terror and chaos across the continent.

As one of Runeterra’s true “free cities,” Bilgewater lies completely beyond the watchful eye of any government or trade regulations. Because of this, the city’s inhabitants include the lowest of the low. From swashbuckling pirates to cultists and general ne’er-do-wells, Bilgewater houses the worst Runeterra has to offer. In what is largely a lawless port city, weary travelers seeking respite from the world at large must keep their eyes open in Bilgewater since crime and mischief run rampant throughout the region.

Perhaps the most magically intense of Runeterra’s regions, the denizens of Ixtal have mastered elemental magic and use it as a barrier to keep intruders and potential adversaries away. The masterful magic users of Ixtal used their skills to survive attacks from extraplanar invaders such as the monsters of the Void, using the crafty combination of elemental magic with the nation’s natural borders to survive. Today, Ixtal views itself as Runeterra’s one true nation. Having fought through the most devastating attacks in the continent’s history, Ixtal sees other nations as insolent and worthless.

The once-shining empire of Shurima is a shadow of its former self. Long ago, the land was ruled by great warriors known as “The Ascended,” a group of devoted fighters who had been infused with the power of the gods. Under their command, the empire of Shurima flourished and expanded. But when the young emperor known as Azir attempted to ascend approximately 3,000 years ago, the ritual backfired and the empire of Shurima crumbled as a result. Now, inhabitants of the land tell myths of Shurima’s former glory.

Denizens of the Void have one goal: to devour all of Runeterra. The abominations found on the endless planes of the Void are only focused on the total destruction of Runeterra and its people. Living mortals who have traversed the Void rarely return to the surface alive.